Ethan Brown is an investigative journalist, private investigator, and author of four previous books, Murder in the Bayou, Queens Reigns Supreme, Snitch, and Shake the Devil Off, which was named one of the Best Books of 2009 by The Washington Post. He has written for New York magazine, The New York Observer, Wired, Vibe, The Independent, GQ, Mother Jones, The Guardian, Rolling Stone, Entertainment Weekly, Details, and The Village Voice. He has appeared on NPR, WNYC, Court TV, MSNBC, Hot 97, and BET to discuss drug policy, street crime, the music business, life in Louisiana, and other issues. He lives in New Orleans. 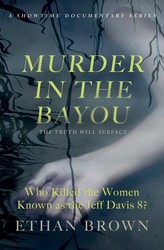