Jackson Lanzing is a creative professional with a wide-ranging skillset. By day, he's a creative director in brand marketing with an expertise in film & television. By night, he's a New York Times Bestselling writer of comics, digital series, film, television, and animation.

JACKSON LANZING, THE CREATIVE DIRECTOR has over a decade of experience in digital and audiovisual marketing. He started his career at Electronic Arts, where he handled day-to-day production and post for "Battlecast Primetime," an innovative hourlong e-sports series. He has since moved into film and television marketing as Creative Director at Jump! Creative, producing award-winning digital content and TV spots for Disney, Marvel Studios, Warner Brothers, Lionsgate, Fox, Sony Pictures, and more. While he oversees creative at Jump, he also still cuts his favorite spots himself. 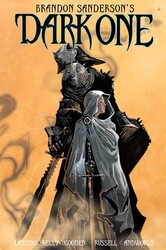 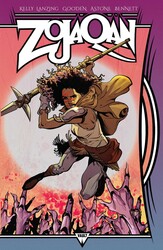