Jenny Block, author of Open: Love, Sex, and Life in an Open Marriage (2008 Lambda Literary Award) is a frequent contributor to a number of high-profile publications. Jenny holds both her B.A. and her M.A. in English from Virginia Commonwealth University and taught college composition for nearly ten years. She writes for a wide variety of publications and websites, including The Huffington Post, yourtango.com, American Way, Veranda, The Dallas Morning News, and the Dallas Voice. She has appeared on a variety of television and radio programs, including Nightline, Fox and Friends, The Glenn Beck Show, and Playboy Radio. She lives in Dallas, Texas.Open: Love, Sex, and Life in an Open Marriage was written up and/or reviewed both nationally and internationally in and on a variety of publications and sites, including Publishers Weekly, Library Journal, Glamour, Marie Claire, Curve, Observer UK, Maxi (Germany), Psychologies (UK), Playgirl, NPR's Morning Edition, The New York Times and more.Betty Dodson, artist, author (Liberating Masturbation: A Meditation on Selflove, Sex for One, Orgasms for Two , and My Romantic Love Wars: A Sexual Memoir) and Ph.D. sexologist has been one of the principal voices for women's sexual pleasure and health for over three decades. She has authored numerous articles on the subject of women's sexual pleasure and orgasm and earned a Ph.D. in clinical sexology. She has been on a variety of TV shows, including The History Channel, The O'Reilly Factor, and The View.Betty was recently named one of the top ten sexual revolutionaries by Cosmopolitan magazine and number 43 of the 100 most important people in sex by Playboy magazine. She continues her private practice as a sex coach in New York City. 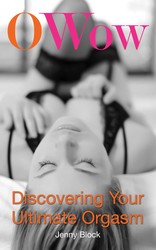