Patrick Parrish is known as the eye behind the popular blog and Instagram feed, MONDOBLOGO. He has contributed to Apartamento, Bad Day, and 01 magazine with his photography and interviews of Murray Moss, Martino Gamper, RO/LU, and Project No. 8. In 2013, Patrick produced a monograph on one of his favorite designers, Carl Auböck. In 2016 The New York Times profiled him as one of the five most important dealers of contemporary design in the world. Pieces from Patrick's extensive collection have sold to the Brooklyn Museum, Dallas Museum of Art, and Museum of Modern Art, New York. Patrick received his BFA in photography from Florida State University and his MFA from the School of the Art Institute of Chicago. He is a curator, collector, sometimes painter, and is always on the hunt for what's new. Patrick Parrish Gallery exhibits the unusual, new, and sometimes overlooked modernist designers and artists of the 20th and 21st centuries. The gallery plays an active role in both the vintage and contemporary design scenes and participates in several design fairs per year, such as Design Miami/, Design Miami/ Basel, The Salon, and FOG, in each case offering a carefully articulated vision of contemporary or modernist design. The gallery has a program of 6-8 curated solo shows per year in its exhibition space, and is well known for offering rising artists and designers their first New York solo show. The remaining gallery space holds a deep, incisively curated selection of works by American, Italian, French, and other European designers, artists, and craftspeople. Opened in 2017,Fisher Parrish Gallery is acollaboration between Zoe Fisher of the former 99¢ Plus Gallery and HANDJOB Gallery, and Patrick Parrish. They exhibit young and emerging artists and designers in their Brooklyn gallery located in Bushwick. 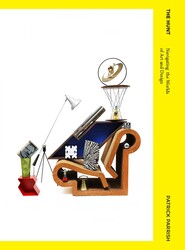