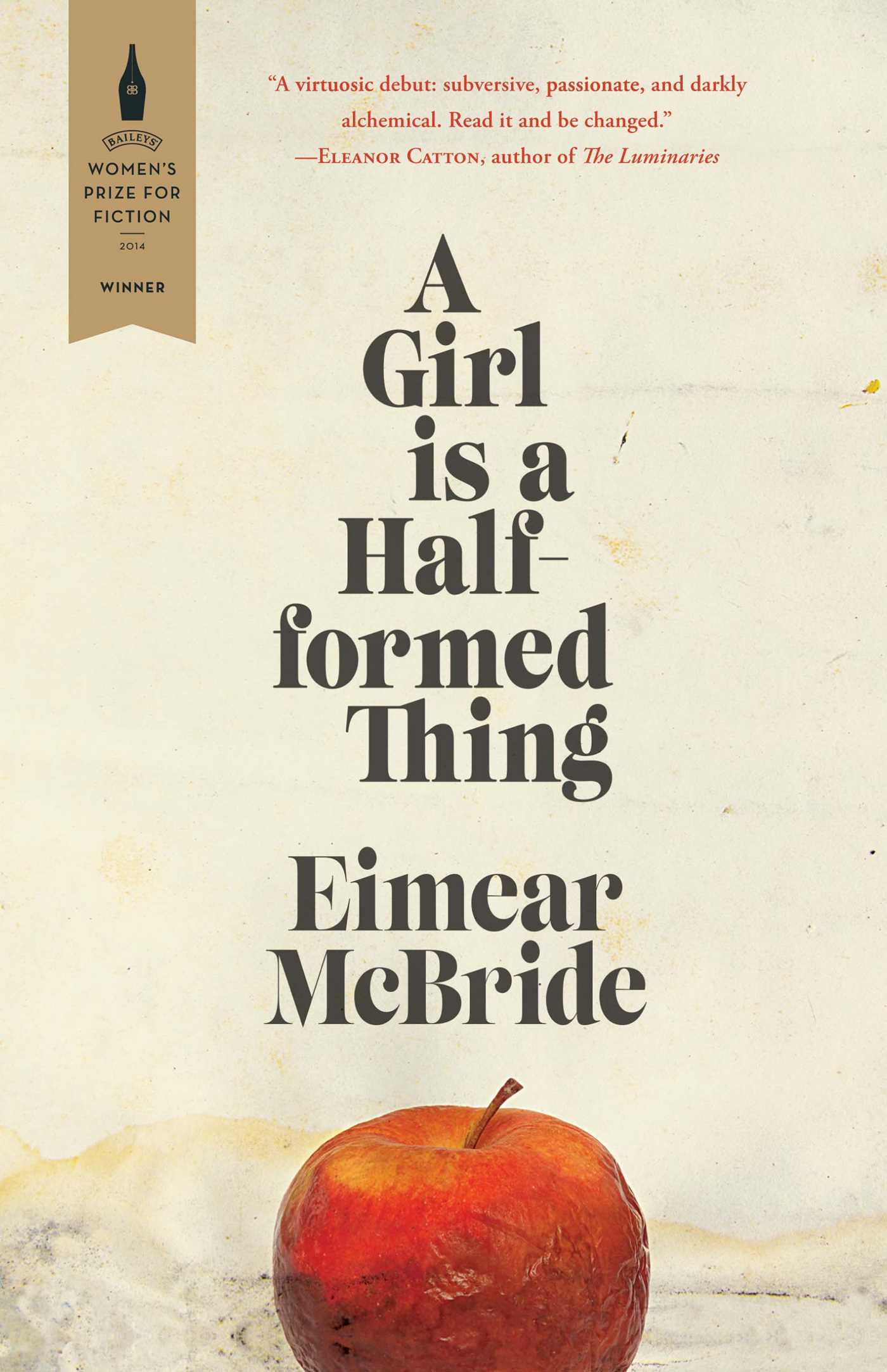 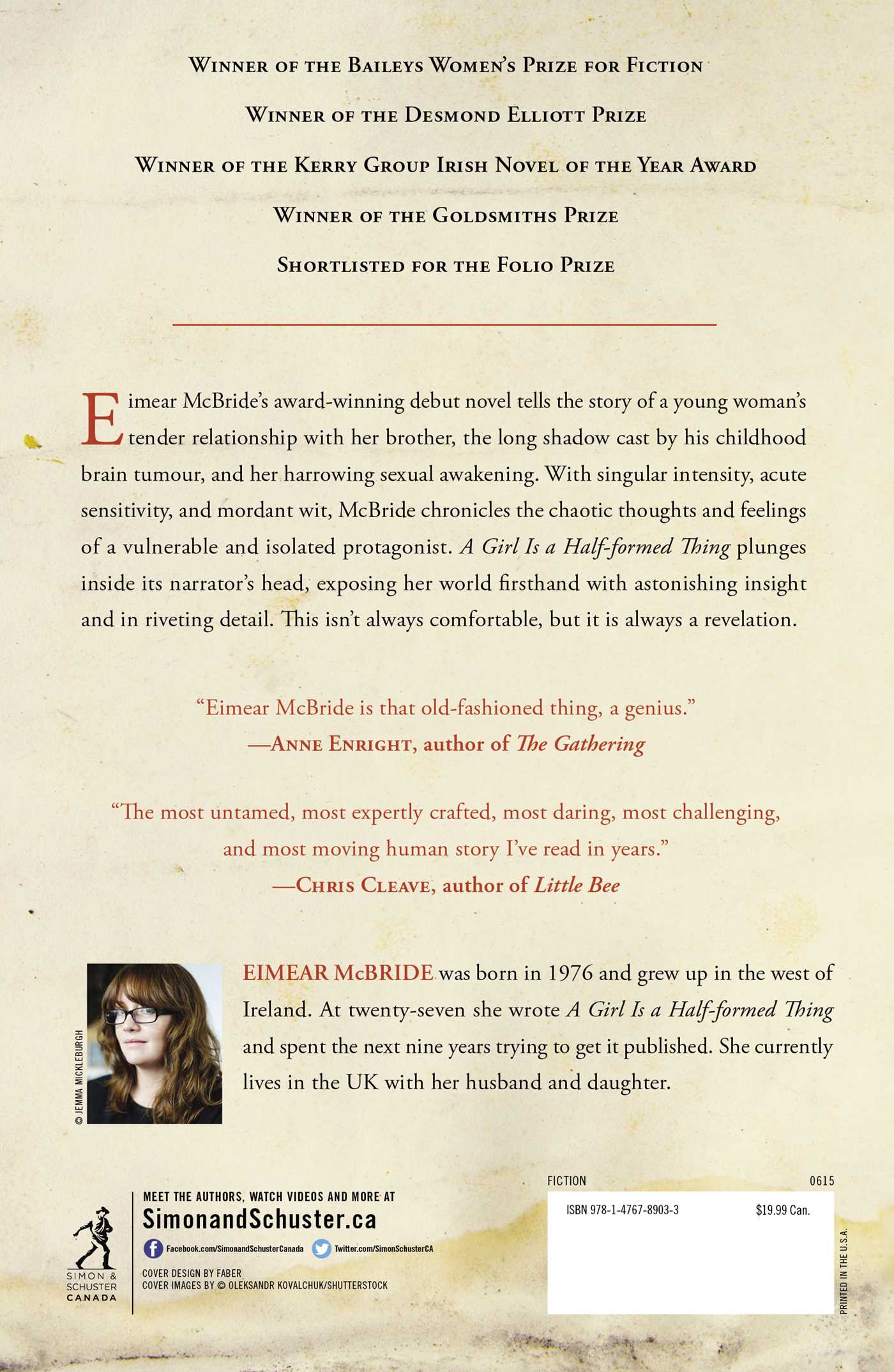 Now in paperback, Eimear McBride’s internationally praised debut is one of the most acclaimed novels in recent years; it is “subversive, passionate, and darkly alchemical. Read it and be changed” (Eleanor Catton).

Eimear McBride’s debut tells, with astonishing insight and in riveting detail, the story of a young woman’s relationship with her brother, the long shadow cast by his childhood brain tumour, and her harrowing sexual awakening.

Not so much a stream-of-consciousness, as an unconscious railing against a life that makes little sense, and a shocking and intimate insight into the thoughts, feelings and chaotic sexuality of a vulnerable and isolated protagonist, A Girl Is a Half-formed Thing plunges inside its narrator’s head, exposing her world firsthand. This isn’t always comfortable—but it is always a revelation.

Touching on everything from family violence to religion to addiction, and the personal struggle to remain intact in times of intense trauma, McBride writes with singular intensity, acute sensitivity, and mordant wit. A Girl Is a Half-formed Thing is moving, funny, and alarming. It is a book you will never forget. 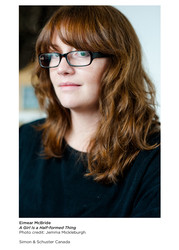 Eimear McBride grew up in Tubbercurry, Co. Sligo and Castlebar, Co. Mayo, before moving to London age seventeen to study at The Drama Centre. A Girl Is a Half-formed Thing is her first novel.

“A virtuosic debut: subversive, passionate, and darkly alchemical. Read it and be changed.”

—Eleanor Catton, author of The Luminaries

“Eimear McBride is that old-fashioned thing, a genius ... The adventurous reader will find that they have a real book on their hands, a live one, a book that is not like any other ... [it] is an instant classic.”

—Anne Enright, author of The Gathering

“[W]ritten in a Joycean stream of consciousness with an Irish lilt, [McBride’s] sentence fragments transmit the pervasive sense of urgency, of thoughts spinning faster than the tongue can speak … An unforgettable novel.”

“That McBride could tap such a monumental well of feeling, turn it inside out, and present it for the reader’s interpretation and judgment is literary miracle. Too many prize wins? I say the book hasn’t won nearly enough of them.”

“Like Faulkner, McBride is willing to take a hammer to language, let it shatter all over the floor in order to find out what language is—not as an academic exercise, or a stylish trick—but because something big is at stake. The why of pain and loss and powerful love.”

“The prose, while seeming literarily anarchic, is actually quite focused, stripping sentences to their bare bones not as part of some stylistic exercise, but to convey immediate experience as lived.”

“A Girl subjects the outer language the world expects of us to the inner syntaxes that are natural to our minds, and in doing so refuses to equate universal experience with universal expression …”

“It’s a lesson in just how far the rules of the English language can be bent before comprehension falls away, as though McBride had discovered a pidgin of the reptilian brain.”

“Blazingly daring. […] McBride’s prose, superbly alive to the smell and pulse and blood of sex, is courageously unflinching.”

“Spending time in Girl’s mind is a privilege, even during the most brutal and heartbreaking parts of the book.”

“McBride’s language also justifies its strangeness on every page. Her prose is a visceral throb, and the sentences run meanings together to produce a kind of compression in which words, freed from the tedious march of sequence, seem to want to merge with one another, as paint and musical notes can. The results are thrilling, and also thrillingly efficient. The language plunges us into the center of experiences that are often raw, unpleasant, frightening, but also vital.”

“Throughout A Girl, McBride opposes her narrator’s unbridled fluency, which is her vitality, to the myriad forces—the family, nuns, priests and men, many men—that would arrest it into clauses, laws, rules and diagnoses, and it’s this opposition that provides the cohering drama.”

“The language reels around, self-interrupting, coming together and dissembling before a clear picture emerges. […] It burbles beneath consciousness.”

“A life told from deep down inside, beautiful, harrowing, and ultimately rewarding the way only a brilliant work of literature can be.”

—Michael Chabon, author of The Amazing Adventures of Kavalier & Clay

“Unforgettable ... I was repeatedly (as the author puts it) ‘gob impressed’. Writing of this quality is rare and deserves a wide readership ... Eimear McBride is a writer of remarkable power and originality.”

“This is a simply brilliant book ... emotionally raw and at the same time technically astounding. McBride’s prose is as haunting and moving as music, and the love story at the heart of the novel as true and wrenching as any in literature. I can’t recommend it highly enough.”

—Elizabeth McCracken, author of An Exact Replica of a Figment of My Imagination

“The author’s use of language is so unique, so instantly inimitable that McBridean deserves to be an adjective ... Writing like this doesn’t come about too often, and when it does it should be lauded.”

“The virtuoso violence of McBride’s expression feels instinctive rather than artful, the only way to tell a story that can hardly bear to be told ... A Girl Is a Half-formed Thing is a familiar Irish tale told in transfigured Irish style, a lyrical prose-poem on horror and human endurance that is—astonishingly—neither horrific nor hard to read.”

“McBride’s Joycean inventiveness depicts the girl’s entire self, the prose cutting through to her feelings, impressions, thoughts and half-thoughts. The short, choppy sentences, and the novel’s bleak vision are also reminiscent of Samuel Beckett.”

“A brutal and brilliant debut ... This book will arouse powerful emotions in anyone who accords it the respect of reading with attention.”