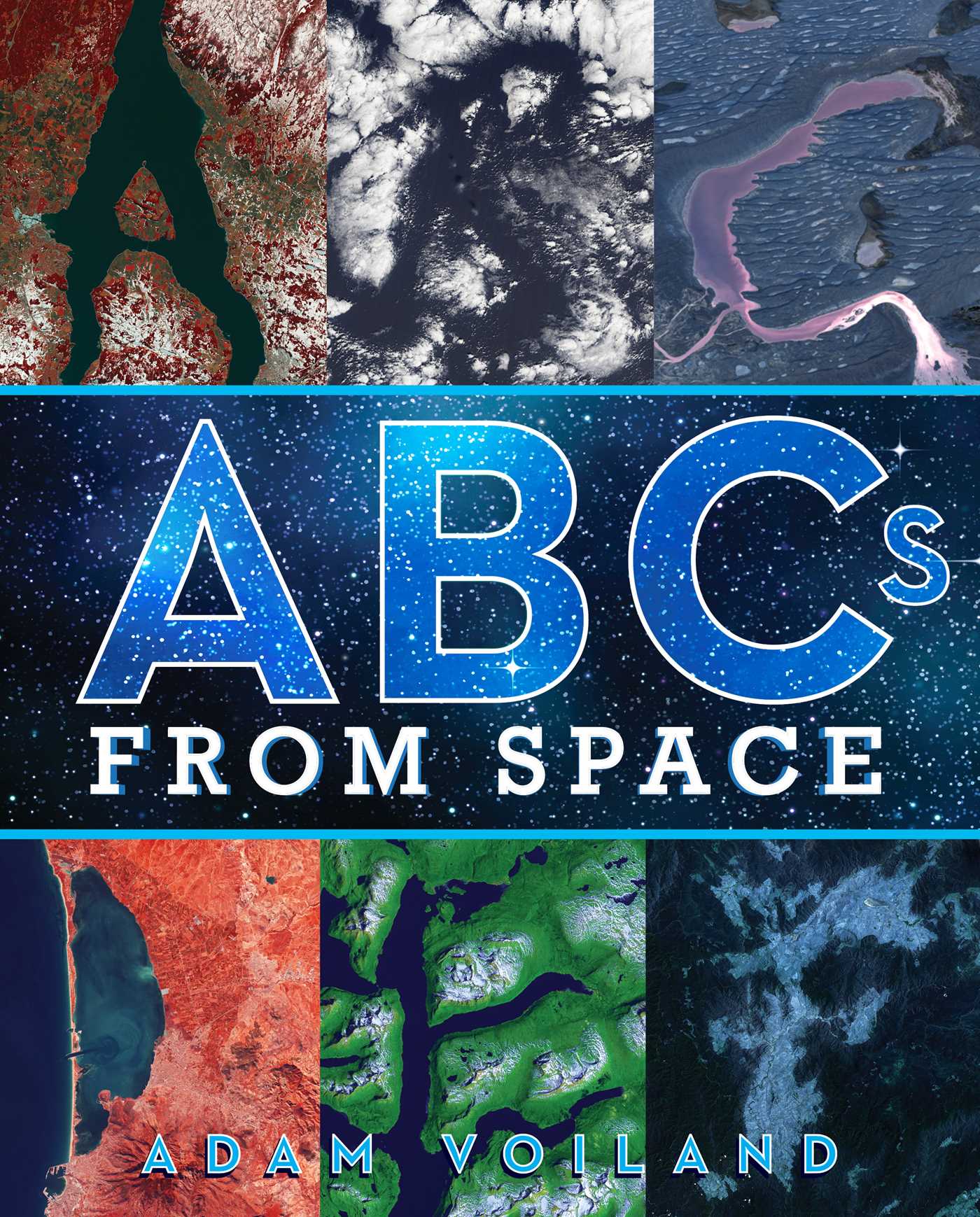 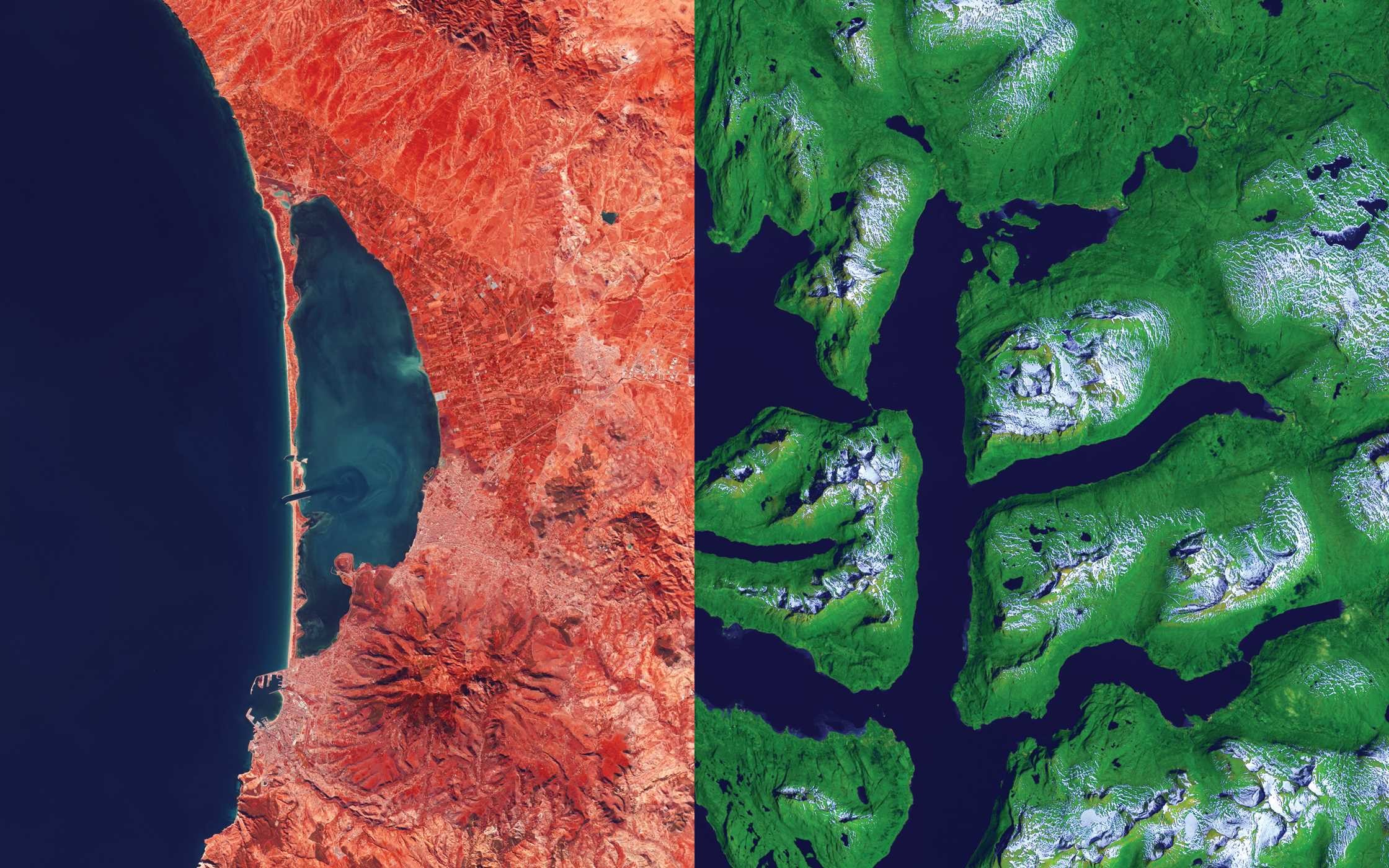 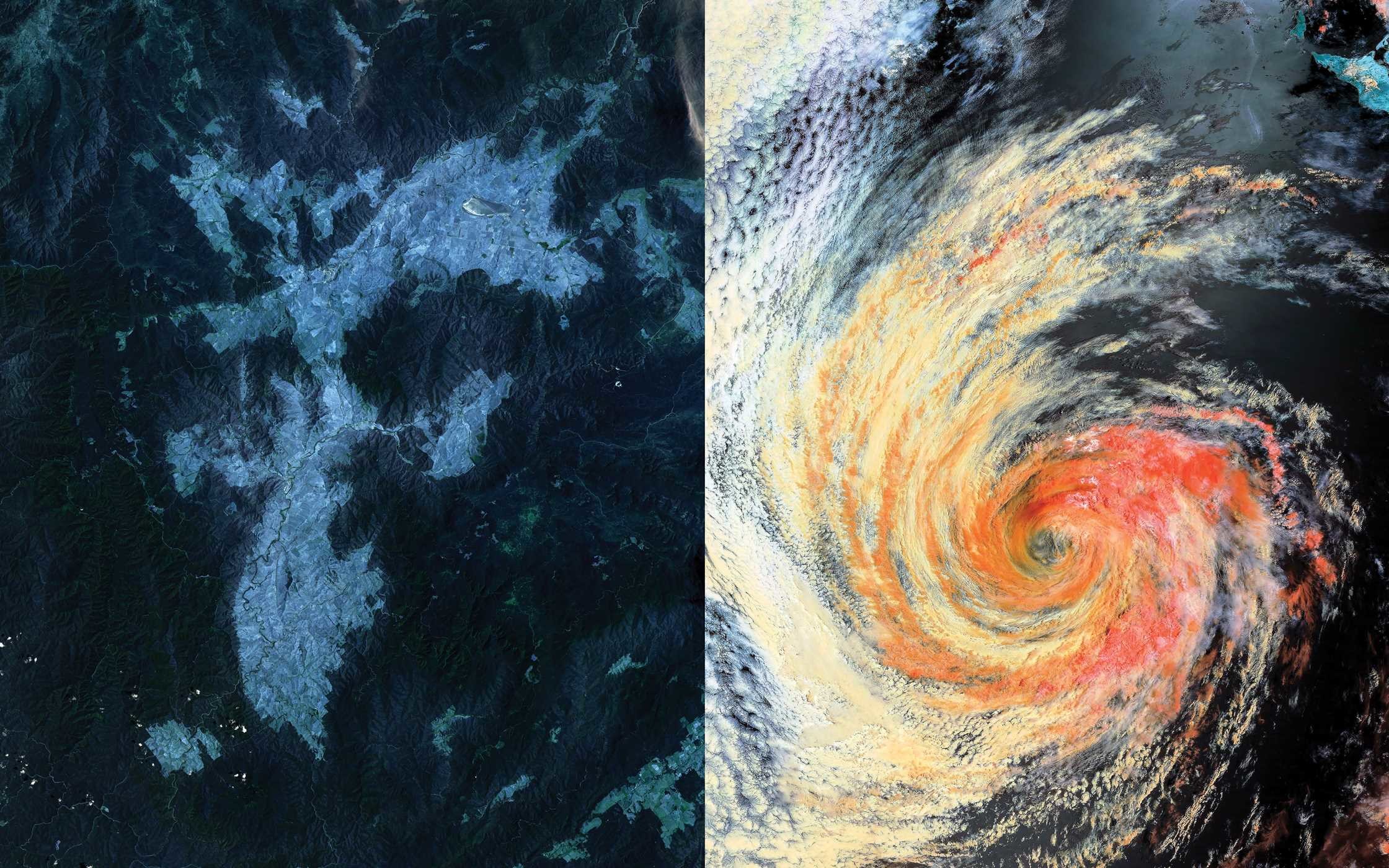 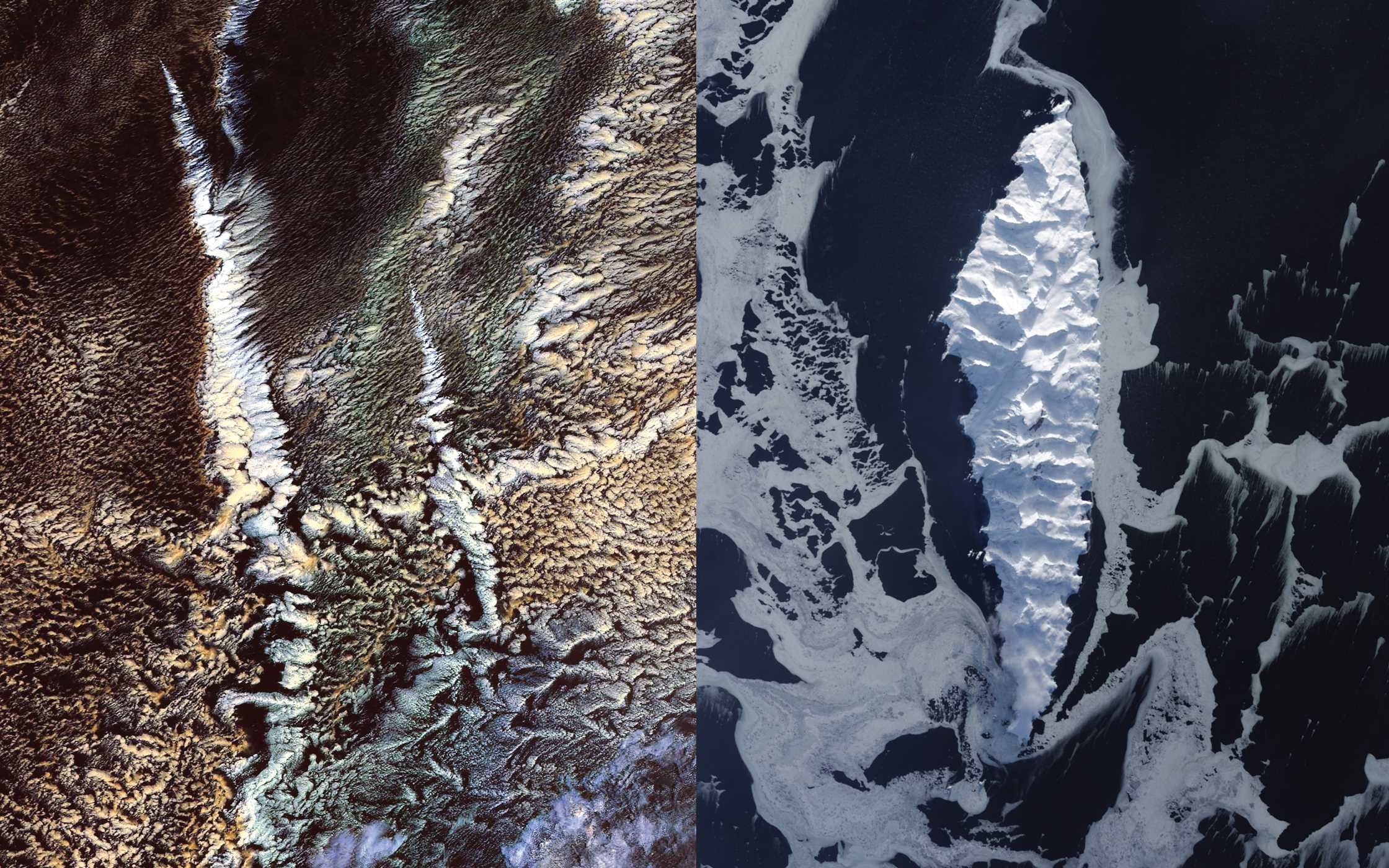 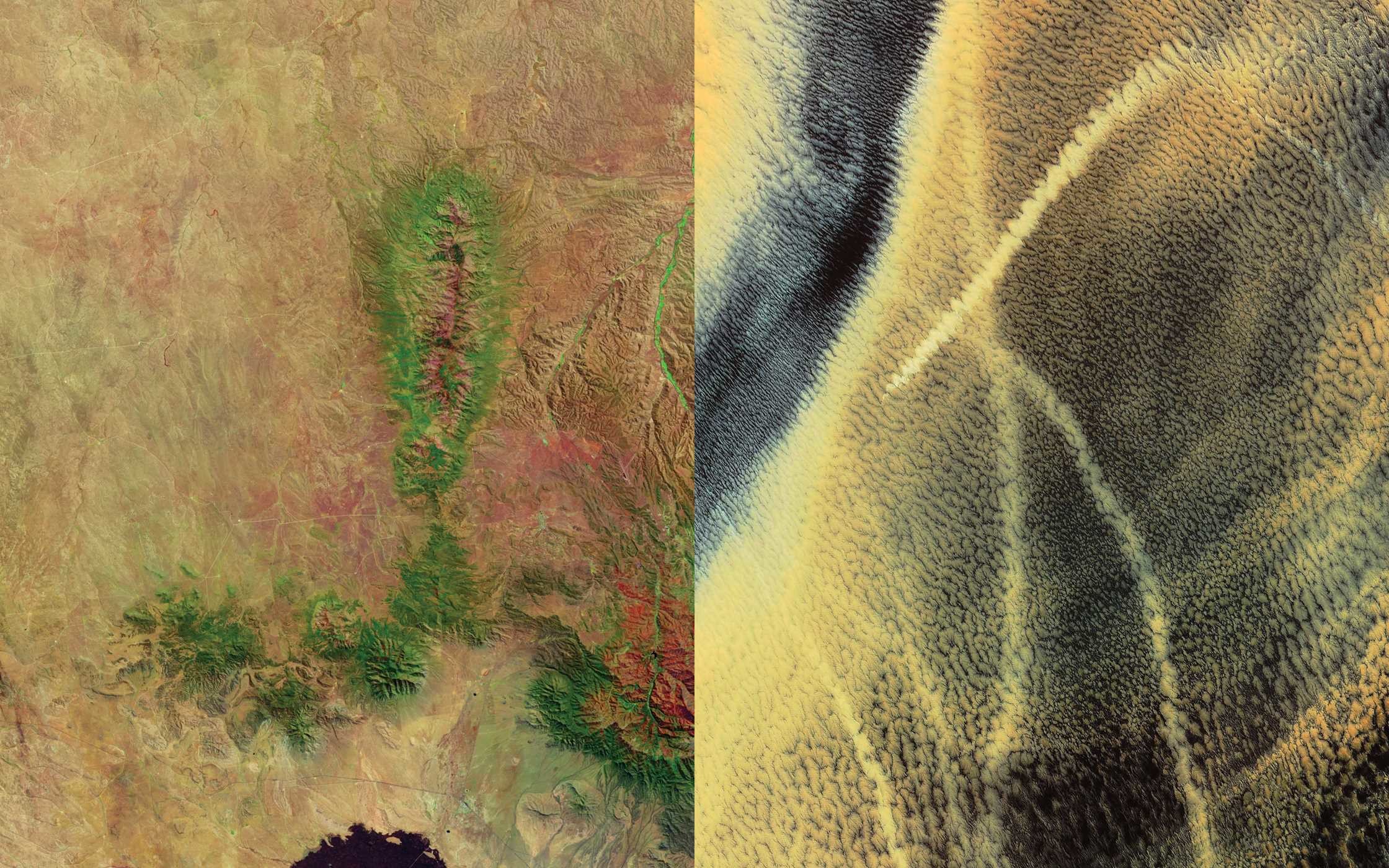 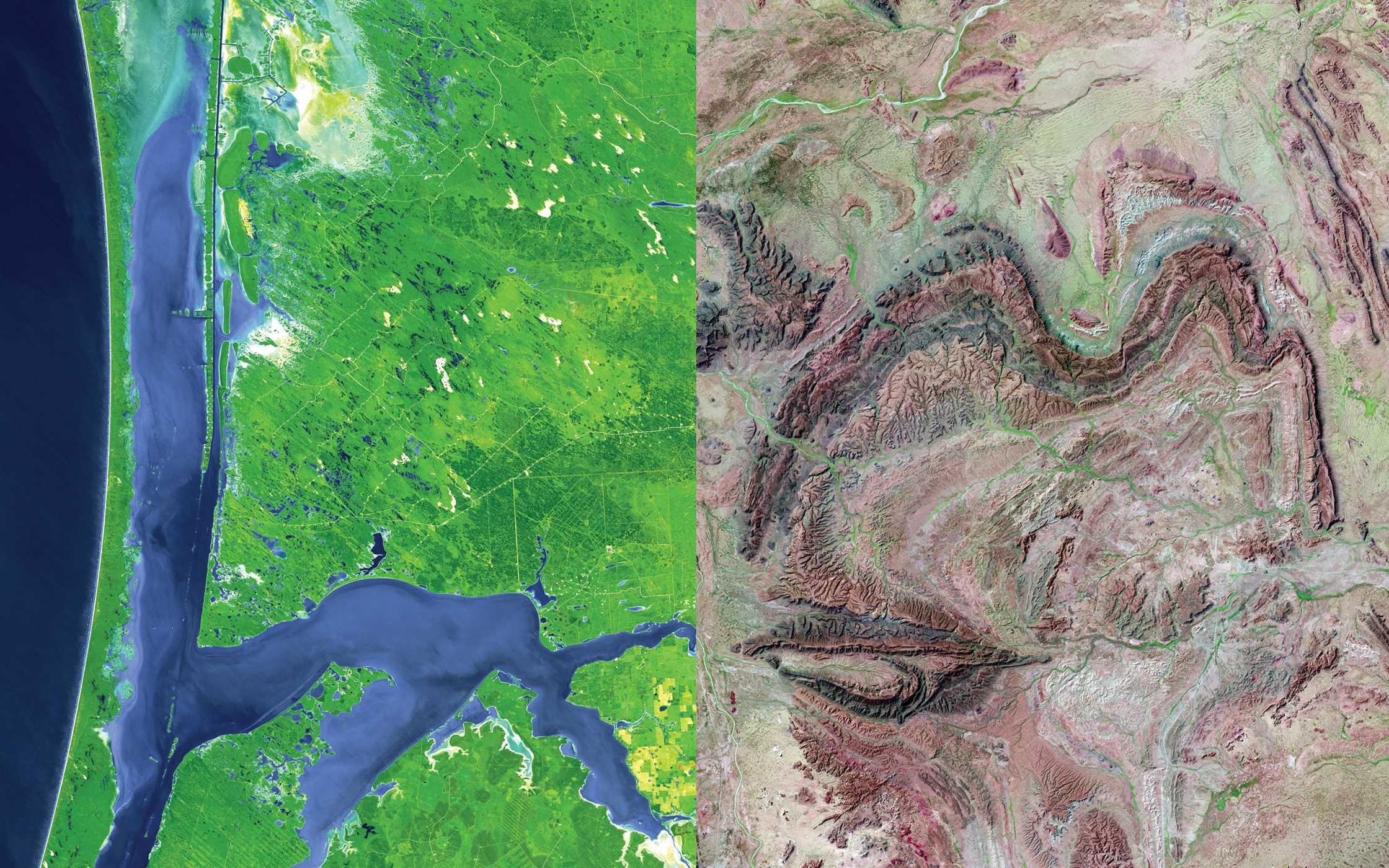 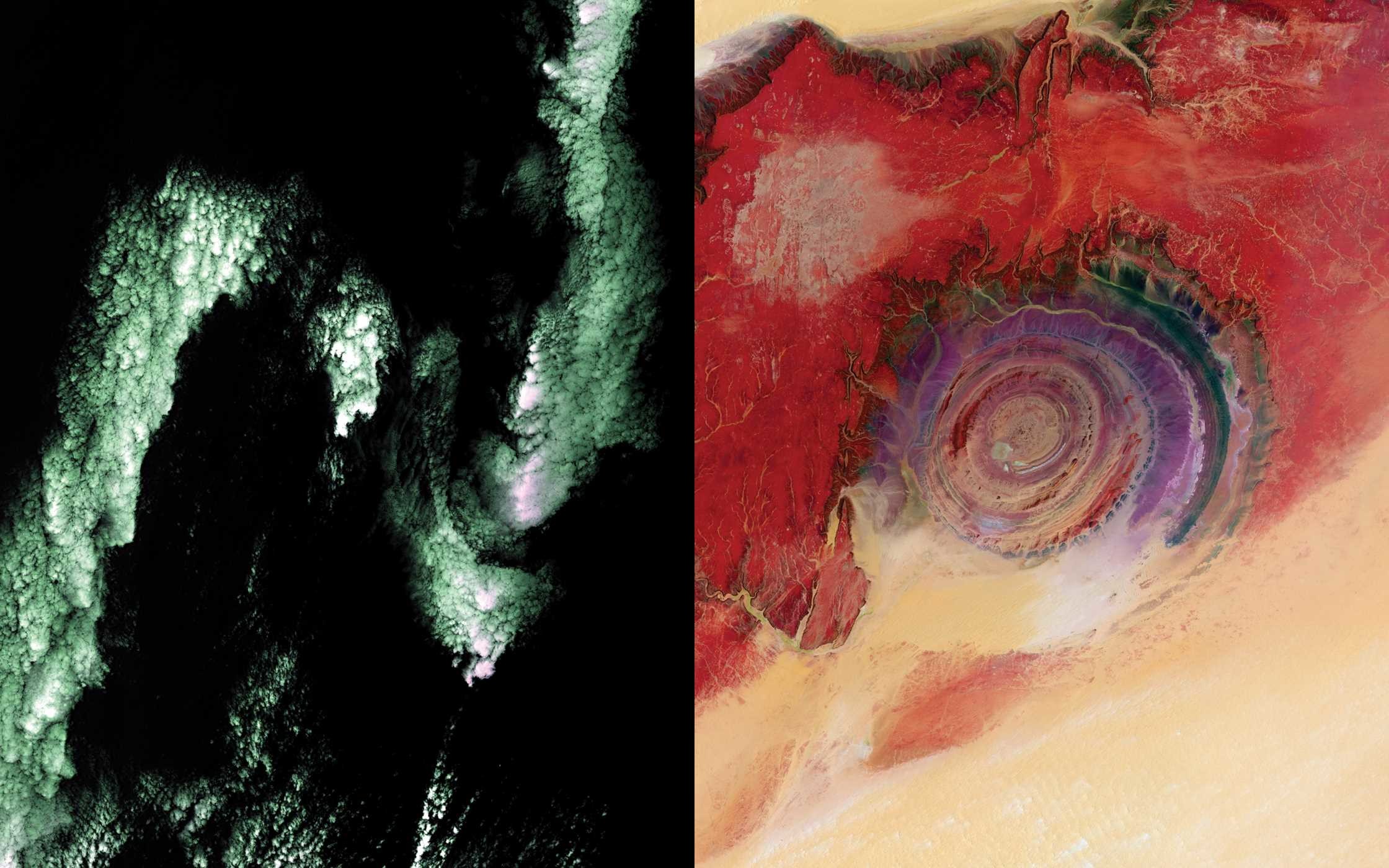 “Twenty or so years from now, we may point to this book as the launchpad for the careers of astrophysicists and astronauts.” —The New York Times

“Young children will find the alphabet in amazing places in ABCs from Space, an abecedary composed of distant landforms, cloud formations, and sinuous waterways.” —The Wall Street Journal

Look up! Does that cloud look like an animal? Do the stars form a circle in the sky? But have you ever wondered what our world looks like from space? Discover the alphabet in an all-new way with this clever picture book filled with unaltered images of Earth from space.

In this ingenious alphabet book, scientist and writer Adam Voiland takes us on a journey of our planet from afar. And you might be very surprised at what you see. Could that river form an A? Could those clouds form a B? These awe-inspiring and unaltered images of Earth from above showcase the diversity and beauty of our amazing planet in a special and unique way.

From A to Z, ABCs from Space is a rare opportunity to see Earth like you could never have imagined. And as you go through the book, play a guessing game of where and what the letters might be and then find the answers in the detailed descriptions in the back of the book along with information about the science of space. 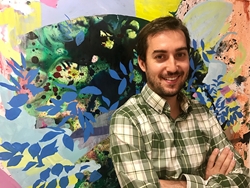 Adam Voiland is a science writer for Science Systems and Applications (SSAI) and the NASA Earth Observatory, a website that covers the climate and environment through the lens of satellite imagery and data visualization. He holds an undergraduate degree in geology from Brown University and a master’s degree in science writing from Johns Hopkins University. Before writing for the Earth Observatory, he was a medical reporter for US News & World Report. He lives in Washington, DC, with his wife and two children. Visit him online at AdamVoiland.com or via Twitter or Instagram @AVoiland.

"Ever wonder what the Earth looks like from space? This highly unusual and scientific alphabet book will intrigue those sky gazers who see shapes in the clouds." -- Kirkus Reviews

"There is a certain nerdy awesomeness to Voiland’s photographic journey through the Roman alphabet—the sheer wonder of finding patterns in nature, ... an enjoyable read for the most scientifically-minded of kids." -- School Library Journal

*"This remarkable bird’s-eye (okay, satellite’s-eye) view of the planet peers down at dramatic overhead images of lakes, clouds, rivers, fjords, and other phenomena, finding the letters of the alphabet hidden within them. .. it’s a book that lets readers see Earth—and the alphabet—in a new light." Publishers Weekly, starred review

"Twenty or so years from now, we may point to this book as the launchpad for the careers of astrophysicists and astronauts." The New York Times