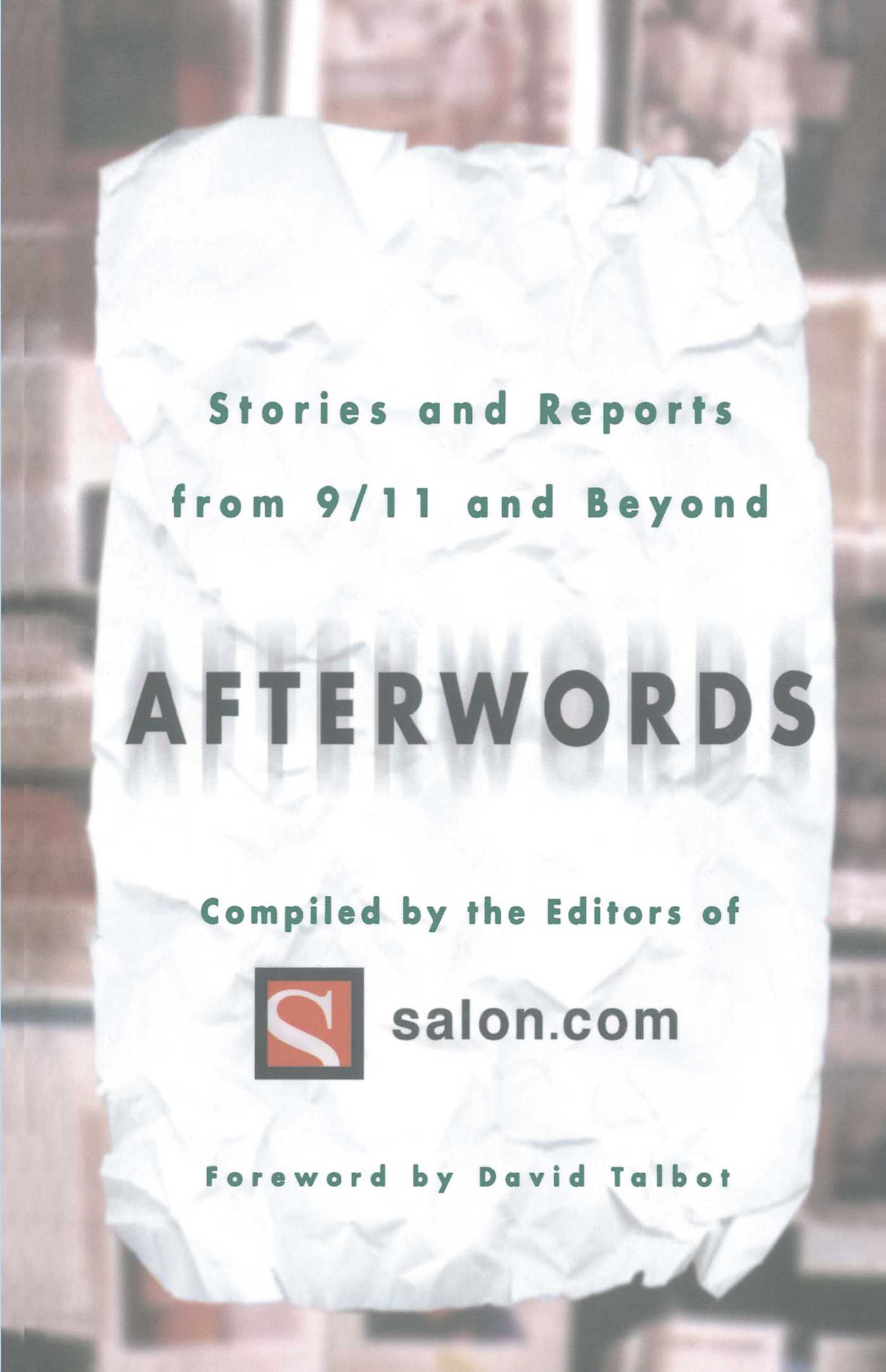 AFTER September 11, 2001,
emotions couldn't be clearly defined.
There were no WORDS
strong enough to justify, avenge, explain, or express the sheer magnitude of
this horrifyingly unique moment in history.
In this remarkable anthology, compiled by Salon.com's award-winning editorial team, Rick Moody, Janet Fitch, Caroline Knapp, and Jeffrey Eugenides join many contemporary literary talents and reporters in giving a voice to the day that left a stunning roar of silence across America.
Dread, fear, heroism, and dignity color these pages from eyewitness accounts of ordinary citizens turned rescue workers, to an escape from the World Trade Center, a report on everyday New Yorkers finding comfort in "terror sex," and stories of miracles in the madness -- like that of a blind man led by his seeing-eye dog down eighty-seven flights of stairs to safety.
Afterwords also probes the aftermath of the attacks on the nation and the world's cultural, political, and social fabric through writing ranging from an in-depth interview with controversial social critic Noam Chomsky, to a female Pakistani-American journalist's meeting with a Taliban leader and his wives, and essays on how sheer horror gave way to heartening solidarity, macabre spectacle, and kitschy sentimentality.
Immediate, raw, emotional, and empowering, this outstanding collection speaks brilliantly to the simple need to remember and comprehend what happened against that perfect blue sky on September 11, 2001.
A portion of the royalties will be donated to the Twin Towers Fund and the Red Cross's Fund for Afghan Children.