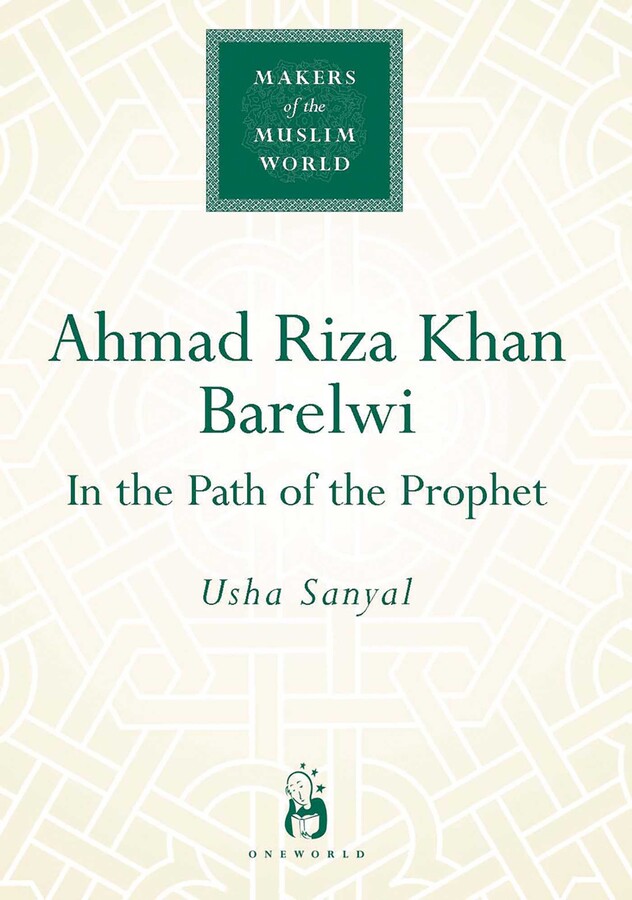 In the Path of the Prophet

Part of Makers of the Muslim World
By Usha Sanyal
LIST PRICE $29.99
PRICE MAY VARY BY RETAILER

This book examines the life and thought of Ahmad Riza Khan (1856 - 1921), the legendary leader of the 20th-century Ahl-e Sunnat movement, who represented a strong tendency in South Asian Islam which is sufi, ritualistic, intercessionary, and hierarchical in its social construction. Khan's vision of what it meant to be a good Muslim in his time and day was centered around devotion to the Prophet Muhammad and to following the prophetic sunna as he interpreted it. His movement continues to attract a large following in South Asia and wherever South Asian Muslims have migrated.

1 THE EIGHTEENTH- AND NINETEENTH-CENTURY BACKGROUND

The History of Rohilkhand

Scholarly Imprint of his Father

The Importance of Dreams

Sayyids of the Qadiri Order of Sufis

Hidden Cues in a Fatwa, or what a Fatwa may not tell us

Political Issues in the Early Teens and Twenties

Passing on the Leadership

Ahmad Riza as a Sufi

The Three Circles of Discipleship

Love of the Prophet

Relations with other Muslims

The Accusations of Unbelief

Relations with Non-Muslims: Hindus and the British

Generational Fissures in the Movement

In the Path of the Prophet

Part of Makers of the Muslim World
By Usha Sanyal
LIST PRICE $29.99
PRICE MAY VARY BY RETAILER