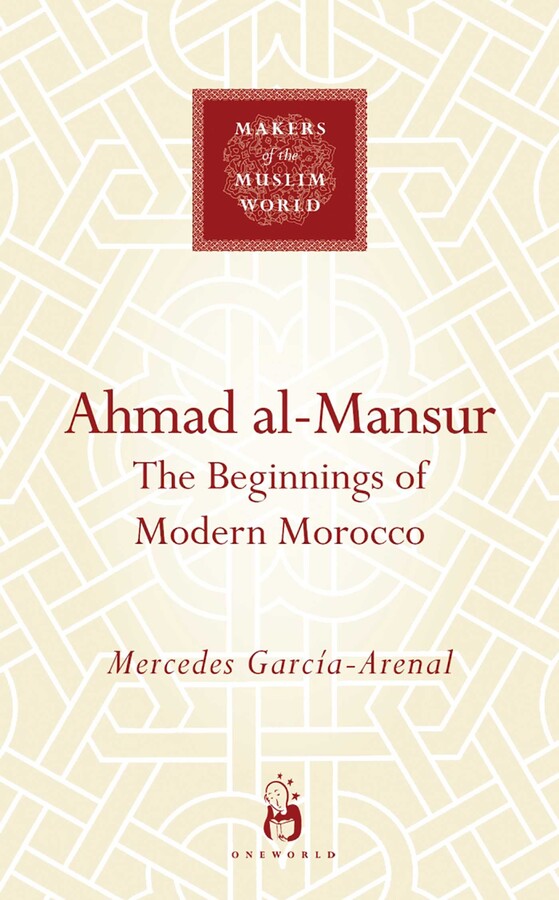 The Beginnings of Modern Morocco

Part of Makers of the Muslim World
By Mercedes Garcia-Arenal
LIST PRICE $26.99
PRICE MAY VARY BY RETAILER

Sultan Ahmad al-Mansur (1578-1603) was one of the most important rulers in the history of Morocco, which to this day bears the mark of his twenty-five year rule in the sixteenth century. Though famed for his cunning diplomacy in the power struggle over the Mediterranean, and his allegiance with Britain against Spain in the conquest for the newly discovered Americas, he was more than a political and military tactician. A descendent of the Prophet Muhammad himself, al-Mansur was a charismatic religious authority with ambitions to become Caliph and ruler of all Muslims. Spanning four continents, Dr. García-Arenal places this fascinating figure in a context of political intrigue, discovery and military conquest. With insightful analysis, a glossary and a guide to further reading, this book is the ideal introduction to a multifaceted figure who fully deserves the epithet "Maker of the Muslim World".

1 THE BATTLE OF ALCAZAR

Why did the battle take place?

The main protagonists at the battle of Alcazar

2 ABD AL-MALIK AND AHMAD BEFORE THE BATTLE OF ALCAZAR

The population of Morocco: Arabs and Berbers

The Spanish reaction to Alcazar: the captive princes

England and the cause of the Portuguese restoration

The Moroccan embassy to England

6 THE CONQUEST OF WESTERN SUDAN

7 THE CONSTRUCTION OF AN IMPERIAL IDEOLOGY

Marrakesh: the capital city and the palace

Belief in the Mahdi

8 MESSIANISM AND THE RIVALRY WITH THE OTTOMANS

The Millennium and the conquest of Western Sudan

Moroccan rivalry with the Ottomans

Mercedes Garcia-Arenal is Professor of Arabic Studies at the Higher Council of Scientific Research in Madrid.

The Beginnings of Modern Morocco

Part of Makers of the Muslim World
By Mercedes Garcia-Arenal
LIST PRICE $26.99
PRICE MAY VARY BY RETAILER