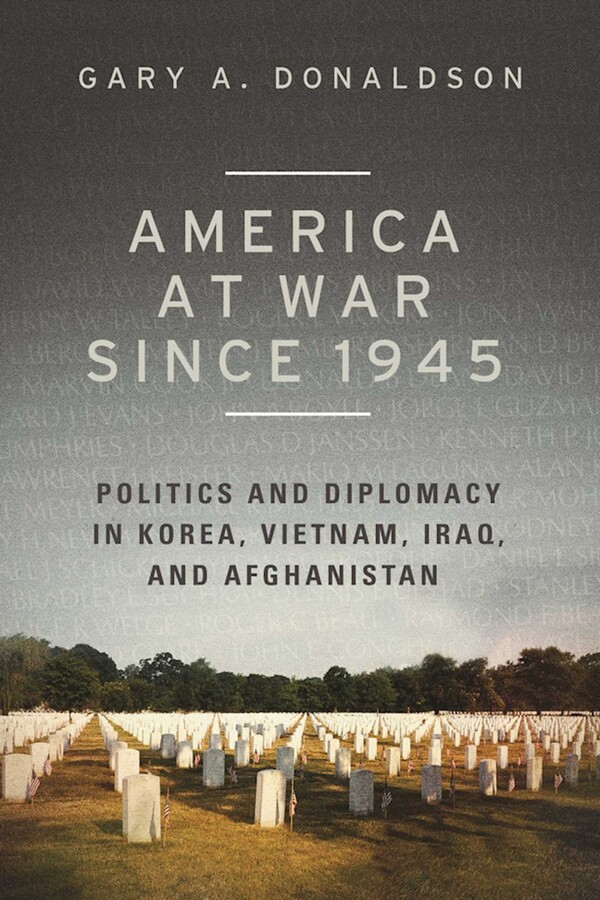 Politics and Diplomacy in Korea, Vietnam, Iraq, and Afghanistan

Focusing primarily on politics and foreign policy, America at War since 1945 analyzes America's involvement in its several wars since the end of World War II. The main questions asked are: How did the U.S. become involved in these wars? How were the wars conducted? And how did the U.S. get out of these wars?

In Korea and Vietnam, the US fought to show the world that it would stand up to the evils of communismthat it could be counted on (with money, advisors, or even a major military effort if necessary) to halt the advance of communism. But in both wars, the US showed itself to be militarily vulnerable. In its wars against radical Islam since 9/11, the United States has made use of its military to protect its interests in the Middle East, particularly its oil interests, while trying to spread its ideas of democracy, constitutionalism, and the rule of law. The lessons are clear: America's values often do not translate into the less-developed world.

In 2016, as the debate over ISIS intensifies, America at War since 1945 reminds us that the history of US postwar military conflict has seldom been marked by clearly defined goals and outcomes.

Politics and Diplomacy in Korea, Vietnam, Iraq, and Afghanistan

More books from this author: Gary A. Donaldson