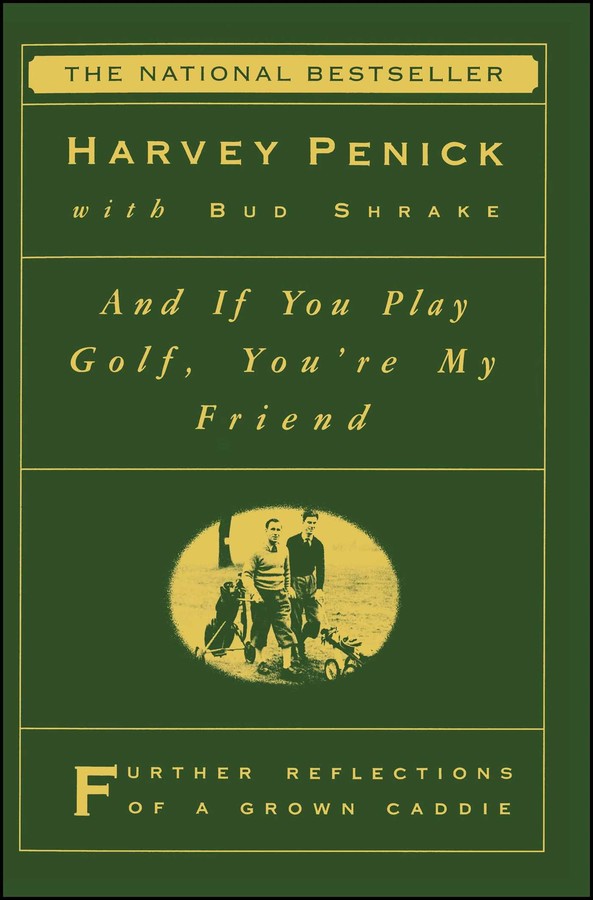 And If You Play Golf, You're My Friend

Furthur Reflections of a Grown Caddie

Another round of inspiration and instruction.

When Harvey Penick signed copies of his now classic first book, Harvey Penick's Little Red Book, Bud Shrake, his coauthor, noticed that he often inscribed them with the line “To my fried and pupil.” When Shrake asked him why, Penick replied “Well, if you read my book, you're my pupil, and if you play golf, you're my friend.”

Taking up where the Little Red Book left off, this is the second dose of Penick's singular brand of wit and wisdom, full of the simple and easy-to-understand lessons on golf that Penick is known and admired for. Like its predecessor, And If You Play Golf, You're My Friend is rich with Penick's great love of the game, a love that he delighted in sharing with golfers of all ages and levels of ability.

My son-in-law, Billy Powell, was captain of the University of Texas basketball team. When my daughter, Kathryn, married him, Billy's pals accused him of trying to improve his golf game.

Everybody knew that was meant as humor, because Billy had never touched a golf club. Basketball was Billy's idea of a real game, not golf.

After college, Billy and Kathryn served a tour in the Air Force. They were stationed at Clovis, New Mexico. Billy tried golf for the first time in Clovis. Playing with a friend who had a 2 handicap, Billy learned what a thrilling experience golf can be. He was hooked.

Billy phoned me that night. He was so excited, he could hardly catch his breath.

I said, "Billy, I will send you a set of golf clubs. Play golf for six months. Then we'll talk about lessons."

Six months later, Billy and I went to the practice range at Austin Country Club.

"I have to ask you a question," Billy said. "I've had an awful struggle for six months. Why did you make me wait so long for this first lesson?"

"This is the second lesson," I said. "Your first lesson was six months of struggle on your own."

I said, "Athletes like you, who have had success in other sports, need to be humbled before they can learn the game of golf."

There's an old saying: The student must be ready for the teacher to appear.

Harvey Penick lives in Austin, Texas, with his wife Helen. This is his first book.

And If You Play Golf, You're My Friend

Furthur Reflections of a Grown Caddie