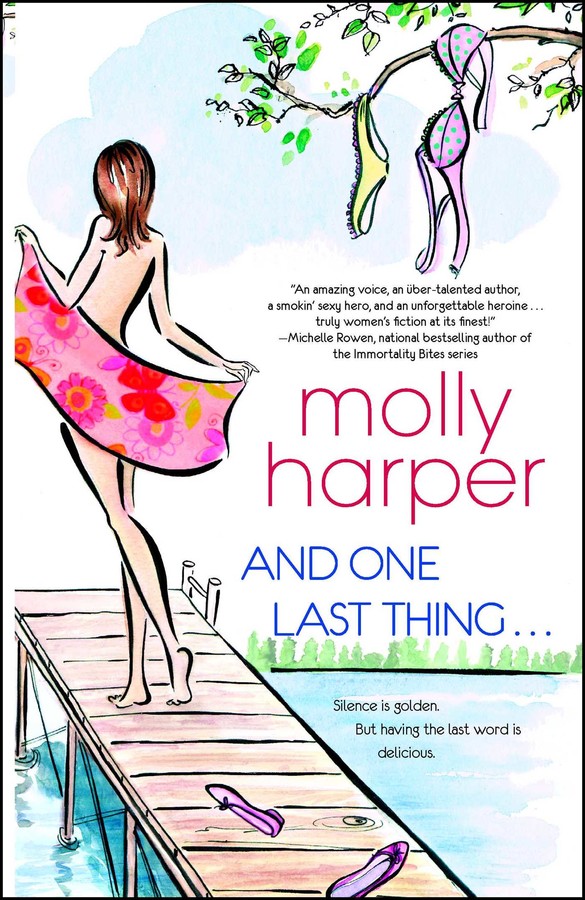 "If Singletree’s only florist didn’t deliver her posies half-drunk, I might still be married to that floor-licking, scum-sucking, receptionist-nailing hack-accountant, Mike Terwilliger."

Lacey Terwilliger’s shock and humiliation over her husband’s philandering prompt her to add some bonus material to Mike’s company newsletter: stunning Technicolor descriptions of the special brand of "administrative support" his receptionist gives him. The detailed mass e-mail to Mike’s family, friends, and clients blows up in her face, and before one can say "instant urban legend," Lacey has become the pariah of her small Kentucky town, a media punch line, and the defendant in Mike’s defamation lawsuit.

Her seemingly perfect life up in flames, Lacey retreats to her family’s lakeside cabin, only to encounter an aggravating neighbor named Monroe. A hunky crime novelist with a low tolerance for drama, Monroe is not thrilled about a newly divorced woman moving in next door. But with time, beer, and a screen door to the nose, a cautious friendship develops into something infinitely more satisfying.

Lacey has to make a decision about her long-term living arrangements, though. Should she take a job writing caustic divorce newsletters for paying clients, or move on with her own life, pursuing more literary aspirations? Can she find happiness with a man who tells her what he thinks and not what she wants to hear? And will she ever be able to resist saying one . . . last . . . thing?

The BumbleBee and the Stinger

If Singletree’s only florist didn’t deliver her posies half-drunk, I might still be married to that floor-licking, scum-sucking, receptionist-nailing hack-accountant, Mike Terwilliger.

That’s not to say I blame Cherry Glick for bursting my little housewife bubble with her badly timed, incorrectly addressed floral offering. Hell, I don’t even blame the aforementioned receptionist for my husband’s “misstep.” I put the blame where it’s due—on my floor-licking, scum-sucking husband.

To put this all in perspective, I’ll take you back to that fateful Wednesday morning, when Cherry, stinking of plant food and blackberry schnapps, ambled up to my front steps with the biggest, gaudiest arrangement of peachy-orangish roses I had ever seen.

The card read, “To my BumbleBee, Happy Anniversary, With all my love, The Stinger.”

“The Stinger?” I read aloud, checking the name on the envelope. Sure enough, the card was addressed to “BumbleBee.” Mike had never called me that. In fact, in eight years together, Mike had never given me a nickname. And it was nowhere near our anniversary. We got married on August 1, not in the second week of June.

“Cherry, honey, I think you got this delivery wrong!” I called, chasing after her with the floral albatross.

Cherry lived perpetually south of buzzed, just drunk enough to avoid thinking about the fact that she’d been married to a very handsome, asexual man for twenty years, but not too drunk to drive her delivery van. She looked over her delivery list and muttered to herself.

She took an envelope out of her back pocket and handed it to me. She swayed slightly against her van and shook her head. “Wait, no, both of them are supposed to go . . .”

“W-where are they supposed to go, Cherry?” I stuttered.

“Um . . .” Cherry looked away from me, her eyes not quite able to focus anyway.

“Oh, for Pete’s sake,” I snapped and tore the billing envelope open. Mike was listed as the ordering party. Next to “Rose Romance Special Deluxe” Cherry’s assistant had scribbled “Terwilliger-Office.”

My stomach clenched, ice cold. Somewhere, in a rationalizing corner of my brain, I clung to the hope that maybe Mike was planning to bring those roses home to me this afternoon as a surprise . . . and that he was planning on giving me the nickname “BumbleBee.”

Oh, God. My husband was having an affair. With a woman who called him “The Stinger.” And that’s when it hit me. BumbleBee.

She knew. Soused, silly Cherry Glick had figured out my husband was having an affair before I had. Oblivious to the fact that my front door was standing open, I tugged my keys out of my pocket and ran for my Volvo. I tossed the roses into the passenger seat and, for some reason, took the time to secure the vase with the seat belt.

The next thing I remember was sitting in my car outside Mike’s new offices on Spring Street, watching through the picture window as Beebee answered phones. She’d worked for Mike for a little over a year, replacing old Mrs. Keach after the secretarial dinosaur literally died at her desk. I had a healthy respect for the sunny, girl-next-door exterior God had given me, but Beebee scared me with her stunning good looks, the kind of fine features that made me feel like my face was drawn with a crayon. Her hair was so dark it seemed to absorb the light around it. It fell in soft, careless waves around her face, the kind I was always aiming for but ended up with crazy blond Shirley Temple curls instead. But I couldn’t even complain that Mike only hired her for her face . . . or her perfect heart-shaped ass . . . or the boobs she was still financing. She was very professional, had excellent typing and filing skills, was great at handling the clients. She answered the phone with a smile on her face. And she even made better coffee than I could manage.

It was odd that Mike and Beebee seemed to be alone in the office. Mike had two accountants working under him, the associates in “Terwilliger and Associates.” He complained that all they did was hang around the lobby, ogle Beebee, and plow through pastries. Still, it was possible they were out on client visits.

I sat there in an idling Volvo, feeling very stupid. Nothing was going on. I’d been sitting there for thirty minutes and Mike hadn’t even come out of his office. I was about five seconds from hauling the roses inside, explaining Cherry’s funny, schnapps-fueled mistake and having a good laugh with Mike when I saw him emerge from his office door. He grinned at Beebee and she smiled back with a familiarity that sent a little twinge through my chest. I tamped it down, ashamed of my disloyalty. I told myself it was nice that Mike had found someone so friendly to fill the receptionist spot. I was glad he enjoyed being around someone he had to share office space with for eight hours a day.

Especially when they’re having an affair with them.

Sweet merciful crap, they were going at it in front of a huge window, apparently not caring who could pass by and see. Hell, his wife was sitting less than twelve feet away from them and they hadn’t noticed me.

A whimper stuck in my throat, gagging me. How long had they been doing this? Who else had seen them? Who else knew? How many people would be chewing this over with their dinner tonight? My hands didn’t seem to work right. They wouldn’t close around the door handle so I could march into the office and toss the vase at their heads. I took a few deep steadying breaths, but instead of opening the door, my hands put the car in gear and steered toward home. I don’t remember much about the drive, except that at one point I saw a vinyl sign advertising Terwilliger and Associates with Mike’s stupid smiling face on it. And I ran it down.

When I got home, I braked hard to avoid running the car into the garage door. The roses bounced onto the floorboard, vase and all, spilling stems and plant water all over. I rushed into the house, the door still standing open, and grabbed some paper towels. Mike was crazy about keeping the cars clean. A dirty car’s resale value fell by forty-five percent.

I tossed the empty vase and the flowers into the garbage can. Kneeling, the hot concrete scraping my knees, I wrapped my hand in toweling and started blotting. The sickly sweet smell of wilting flowers and plant preservative rolled off the upholstery and hit me like a blow. I ran into the grass, doubled over, and threw up until tears and mucus hung in long threads from my face. I fell on my knees and waited for the second wave.

“Lacey, you all right, honey?” Our neighbor, Mrs. Revell, yelled from her yard. She gave me a knowing wink. “Ginger tea and saltines help with that.” 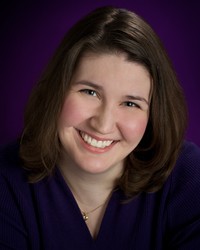 Molly Harper is the author of two popular series of paranormal romance, the Half-Moon Hollow series and the Naked Werewolf series. She also writes the Bluegrass ebook series of contemporary romance. A former humor columnist and newspaper reporter, she lives in Michigan with her family, where she is currently working on the next Southern Eclectic novel. Visit her on the web at MollyHarper.com.

SEE ALL
See more by Molly Harper
Thank you for signing up, fellow book lover!