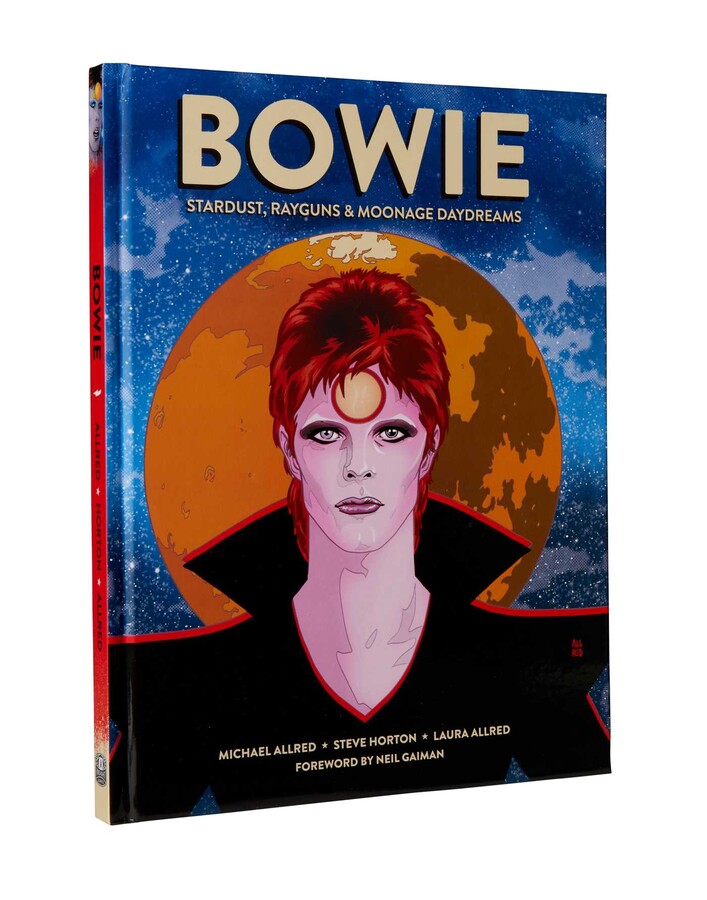 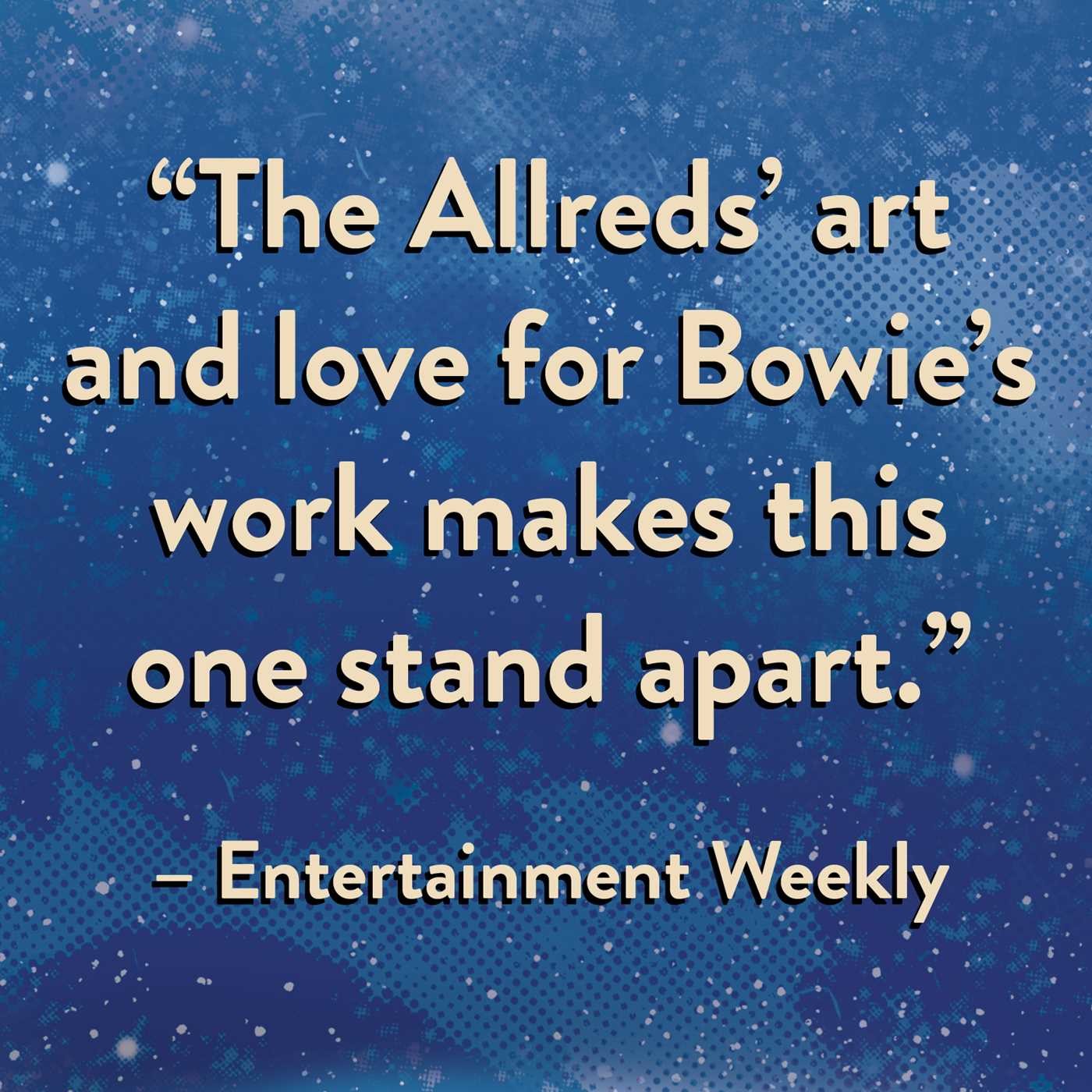 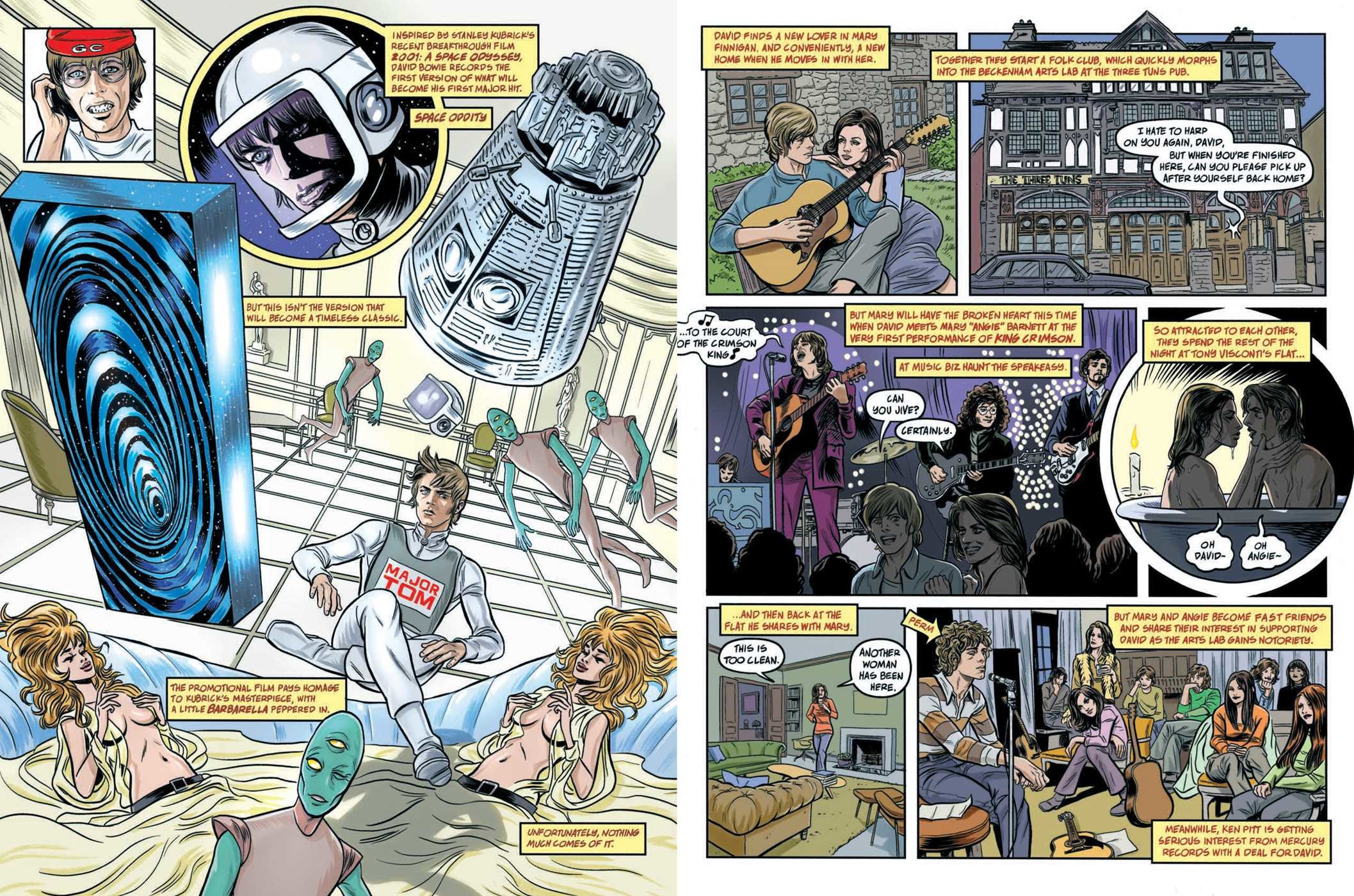 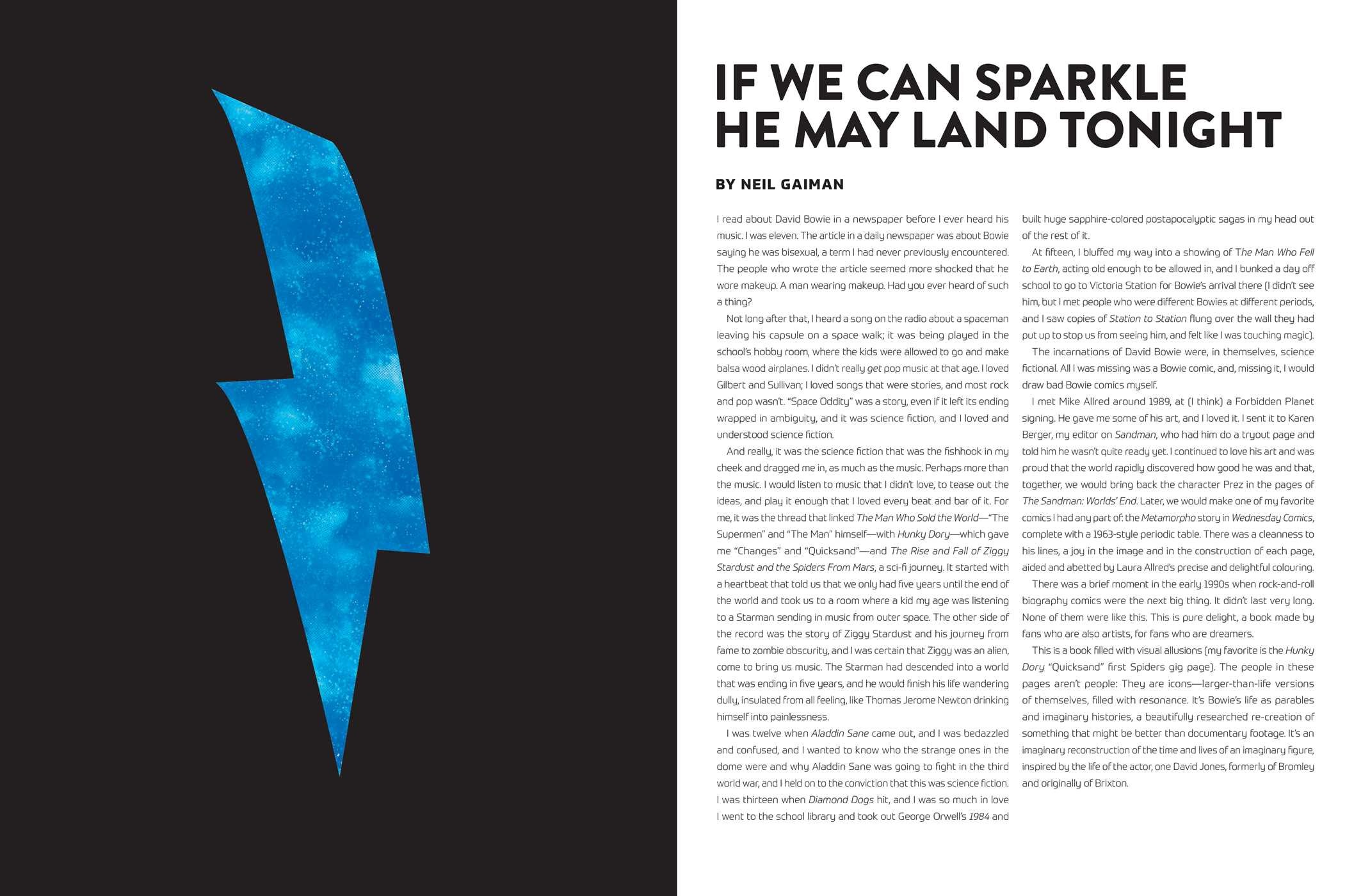 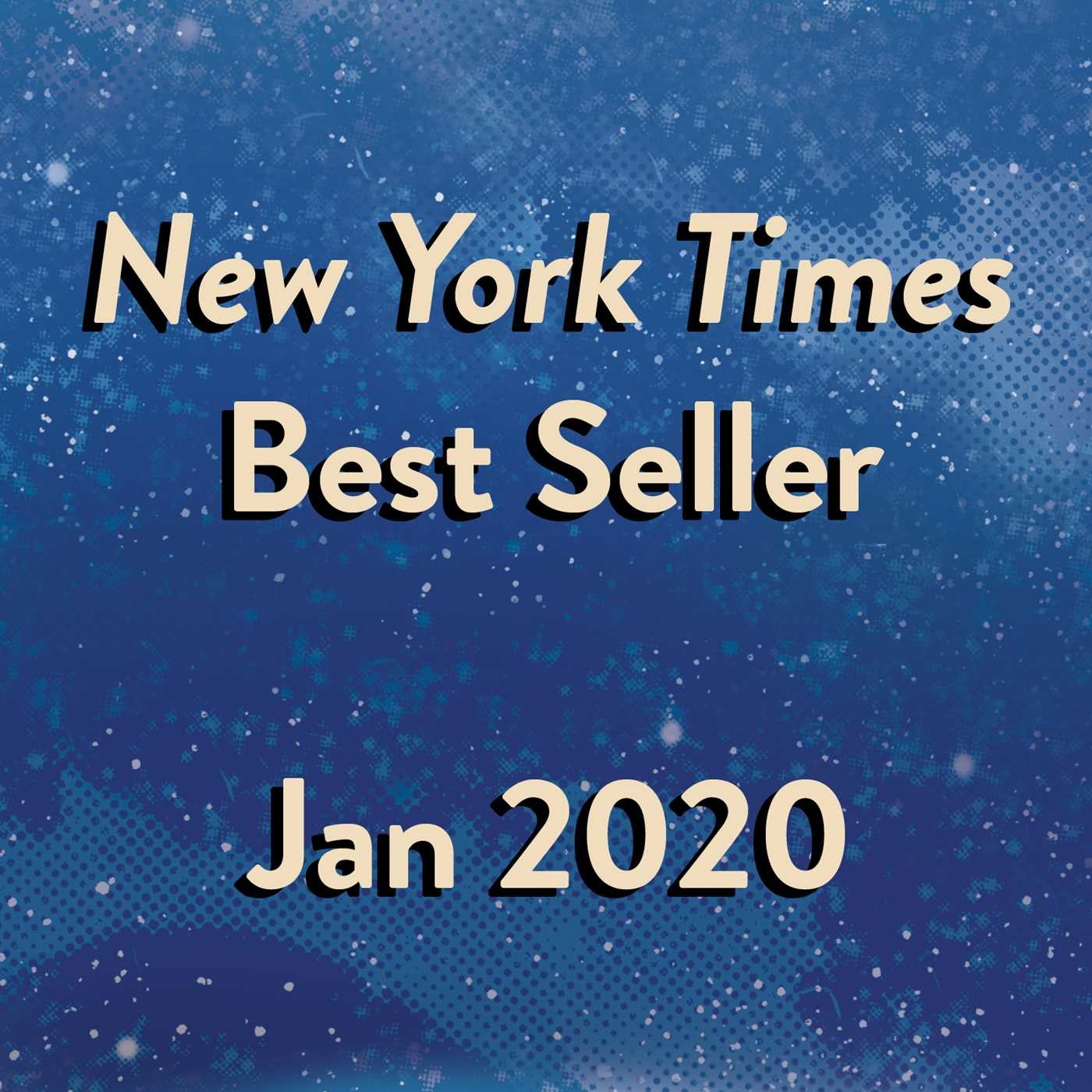 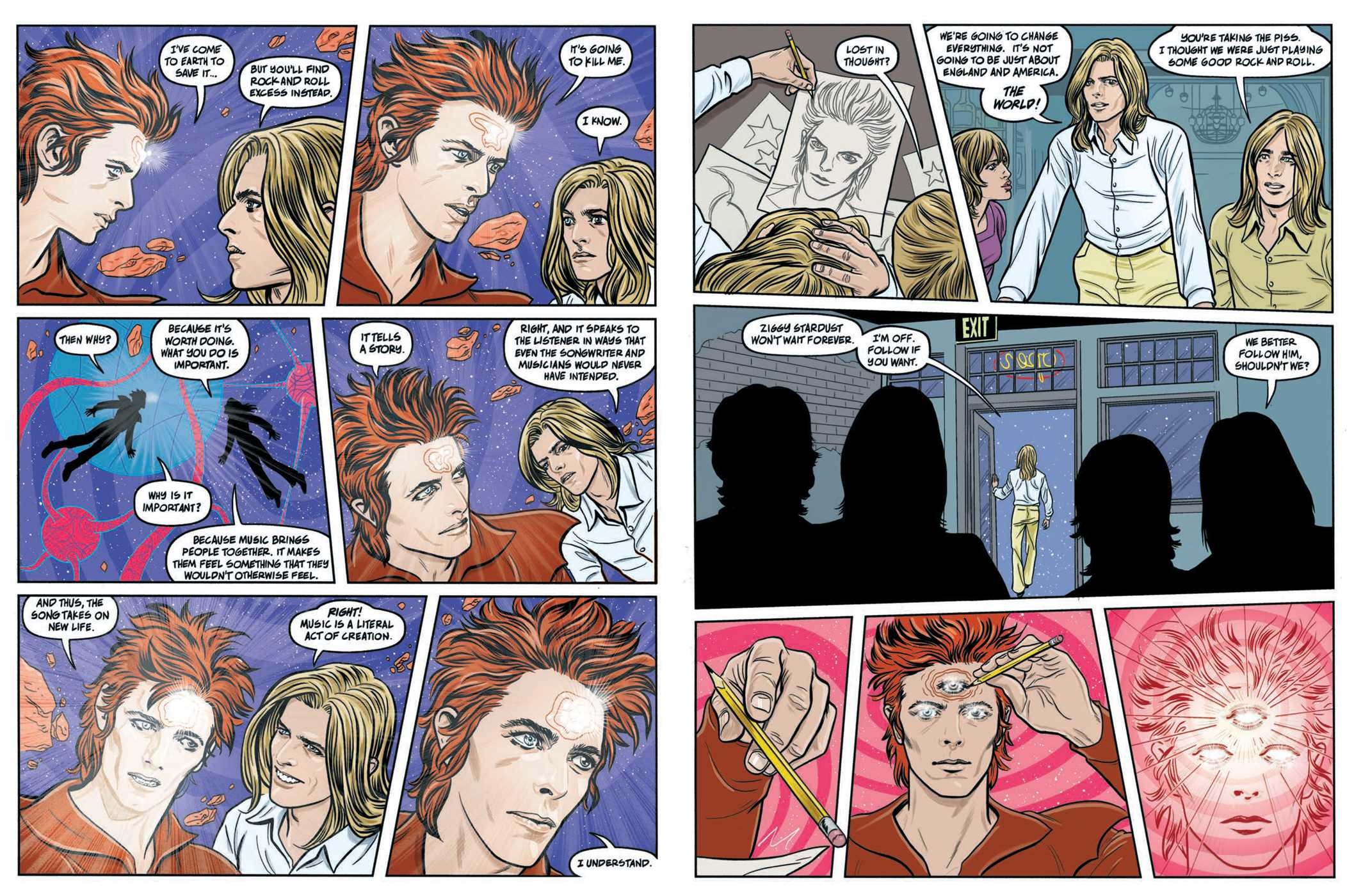 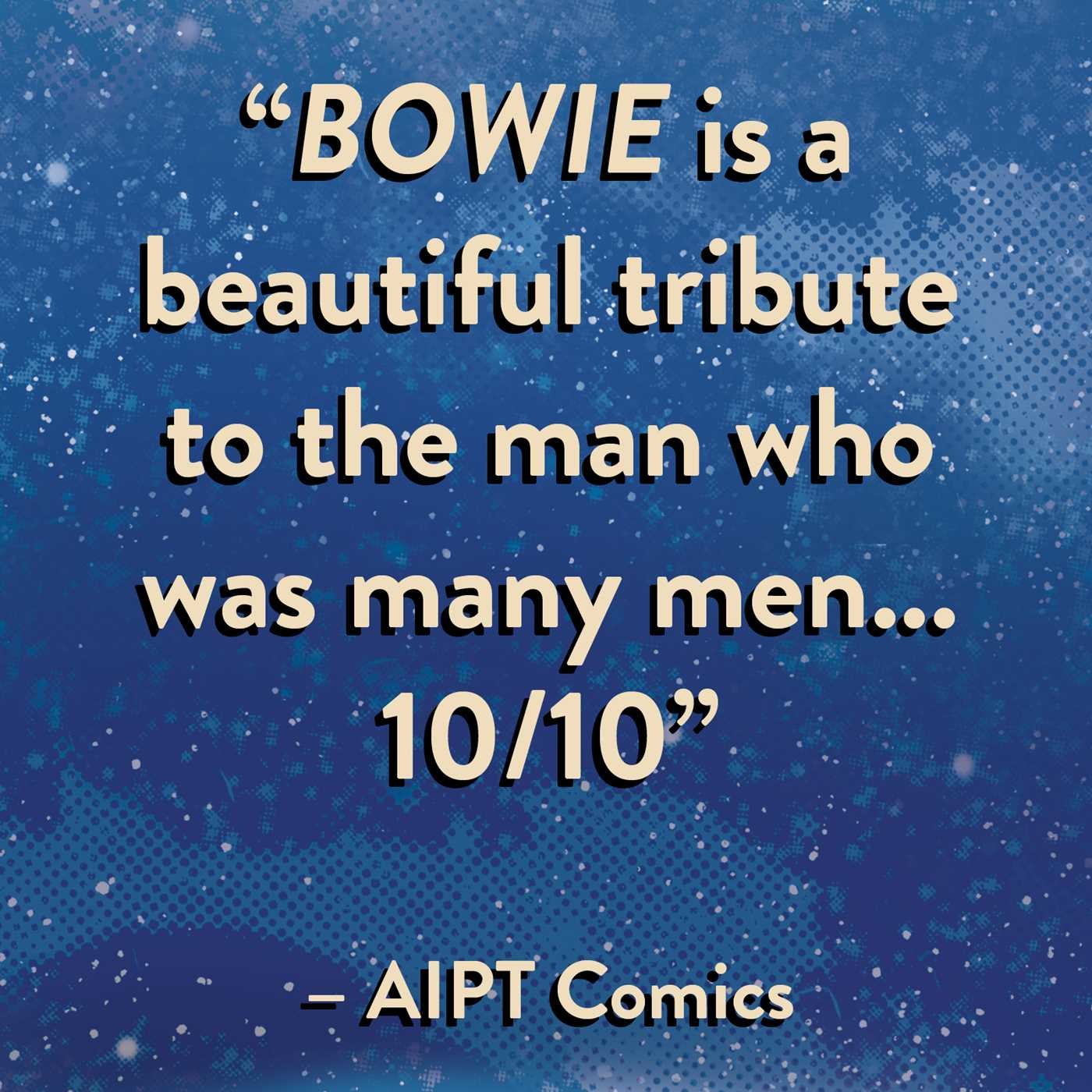 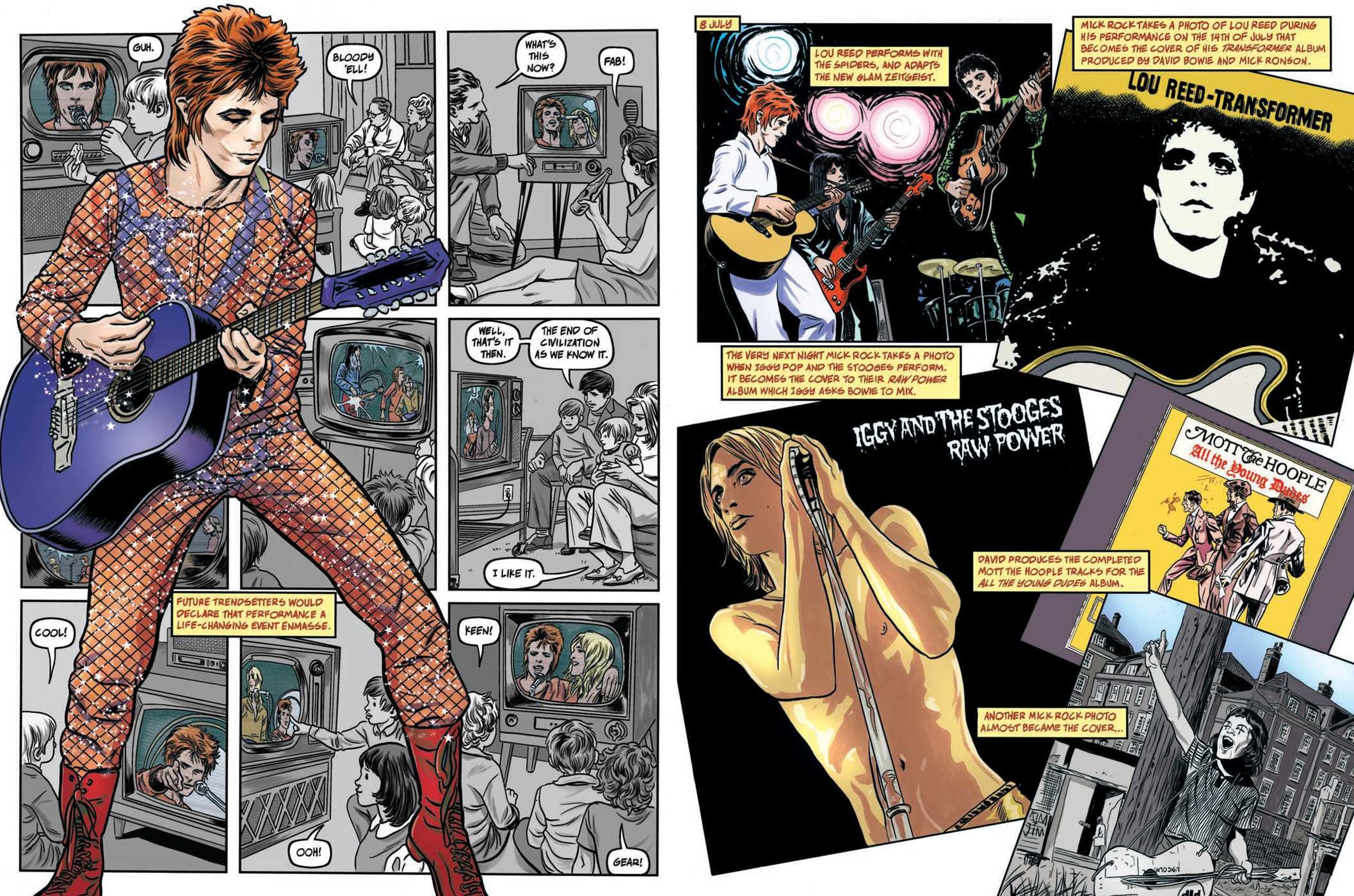 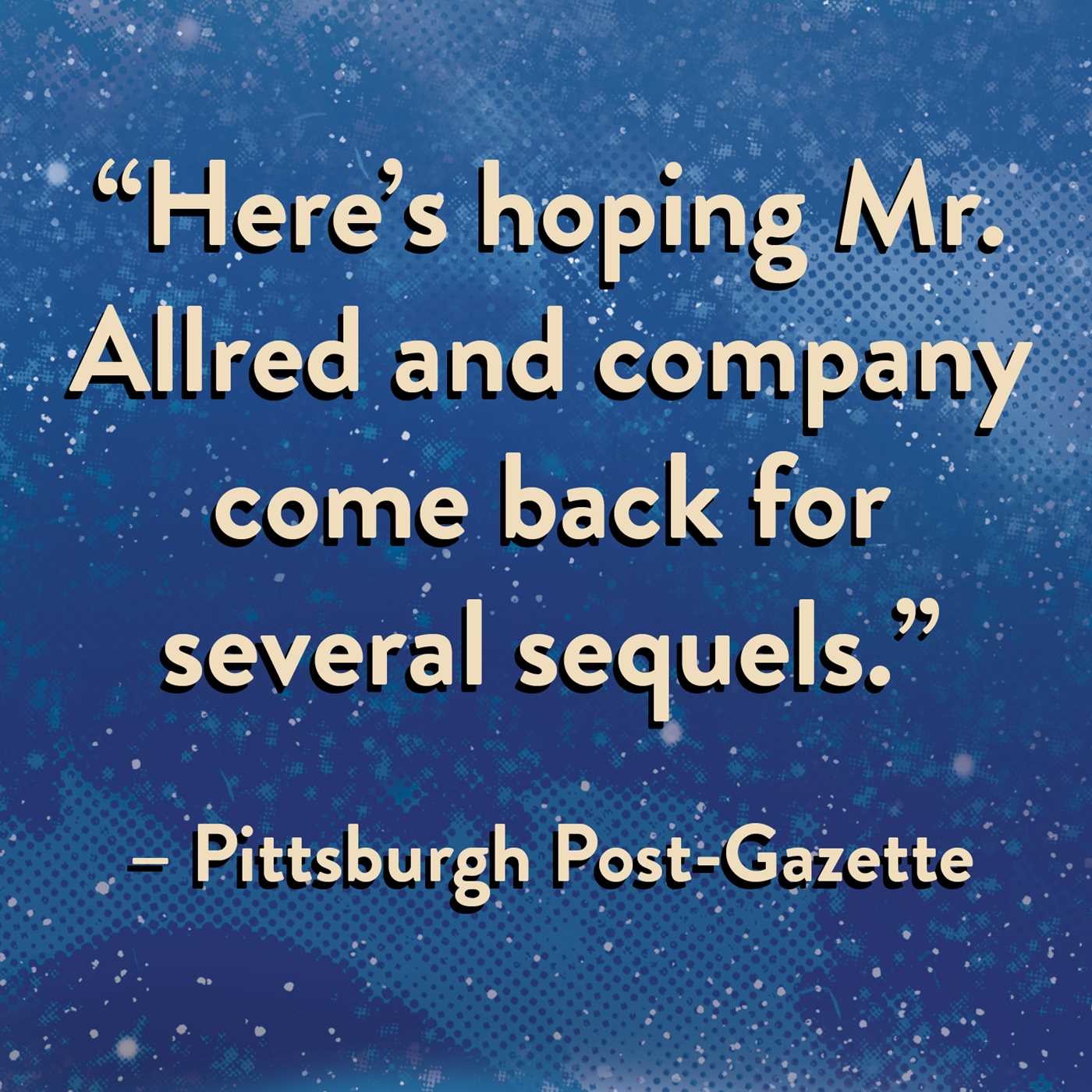 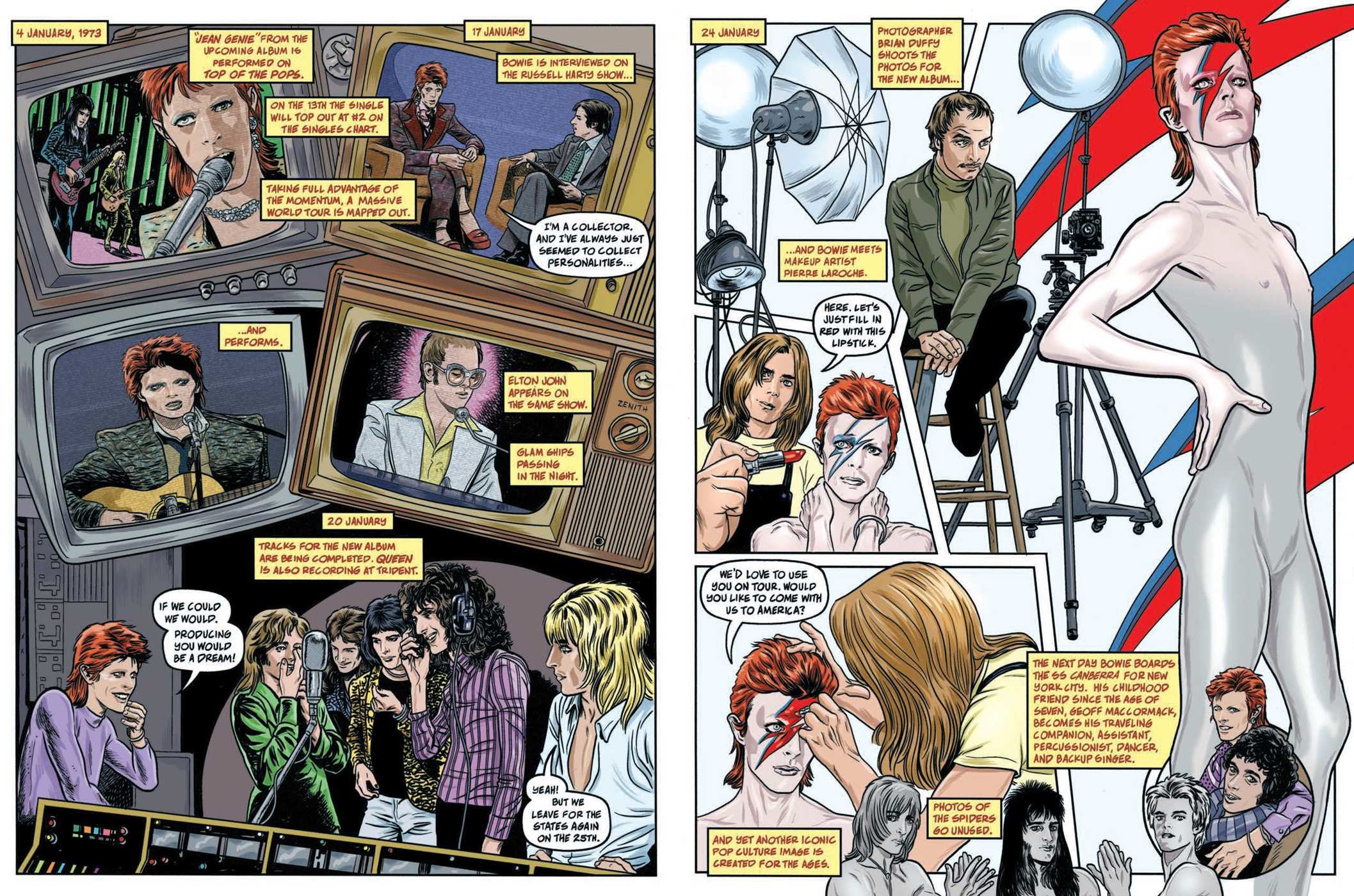 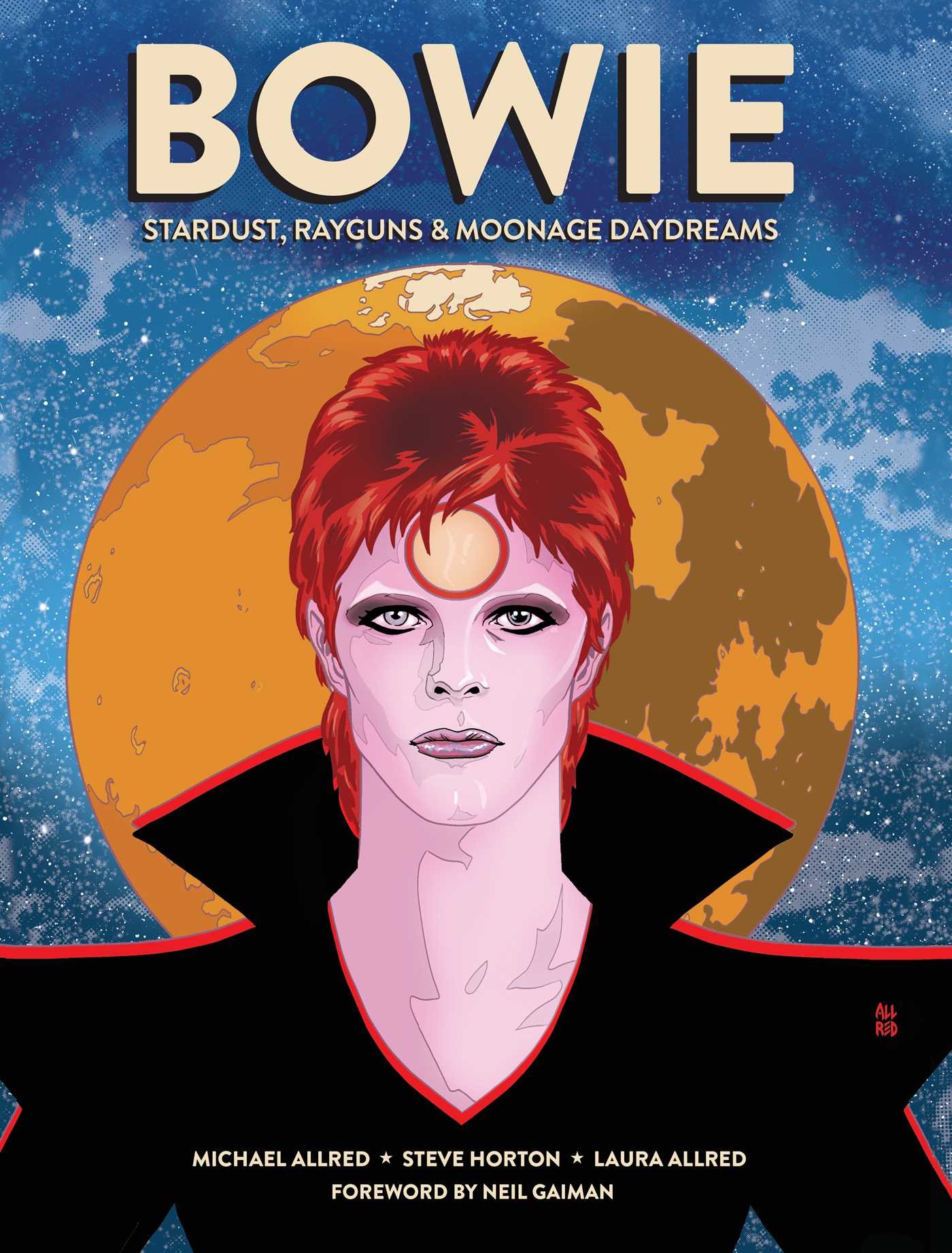 This graphic novel chronicles the rise of Bowie's career from obscurity to fame; and paralleled by the rise and fall of his alter ego as well as the rise and fall of Ziggy Stardust. As the Spiders from Mars slowly implode, Bowie wrestles with his Ziggy persona. The outcome of this internal conflict will change not only David Bowie, but also, the world.

Michael Allred is the artist behind such classic graphic novel works as Madman, Silver Surfer, Red Rocket 7, and iZombie. Michael’s work on the eighth volume of the Fables graphic novel landed him on the New York Times best-seller list for graphic fiction for ten weeks in a row. He has been co-creator or substantial contributor to such seminal works as Sandman, Batman ’66, X-Force, X-Statix, and iZombie. This last became a TV series on the CW in 2015 and was just renewed for a fourth season. Allred has more than 35,000 Twitter followers and 8,000 Facebook likes.

Steve Horton is the writer of the critically acclaimed Satellite Falling, which award-winning comics writer Jimmy Palmiotti called his "new favorite book." Horton has worked for a number of comic book publishers, including DC, Image, Dark Horse and IDW.

Laura Allred is an Eisner-winning colorist. In 2012 she won an Eisner Award for her work coloring iZombie and Madman after two previous nominations, in 1998 for Red Rocket 7 and in 2000 for Madman and Happydale in 2000.

"This tribute is a ravishing spectacle"

"BOWIE: Stardust, Rayguns & Moonage Daydreams is an absolute dream come true... there have been other books that meld comics with rock and roll. None of them, though, have done it so seamlessly and so attractively as BOWIE: Stardust, Rayguns & Moonage Daydreams does. For fans of David Bowie, Mike Allred, rock and roll, comics and art, this is a must-have purchase."

"So, does it live up to the hype? Yes, and more so!...This is the best I’ve seen out of the Allreds, as they surpassed an already incredibly high bar. Pick up the book, put on some David Bowie on your listening device of choice, and let Major Tom and Ground Control bring you on a journey! 10/10"

"David Bowie, perhaps more than any other figure in Rock music, translates almost flawlessly into a comic book narrative. Not just his life as a performer, but his life as a person....Visually, Allred’s contribution is a tour de force, this is the story he has been waiting years to tell and the payoff is worth the wait...this book is much more than the sum of its amazing parts. While I am admittedly a huge Bowie fan myself, I found this book to be enjoyable beyond my own adoration of the man and his music."

"I was thrilled and honored to receive an advance copy of BOWIE: Stardust, Rayguns & Moonage Daydreams. I had no idea what to expect. Being a superfan, I jealously believed that no one could love Bowie like I, that no one knows his songs and lyrics like I do. Ha! This book sure proves me wrong! It was so fun to be taken on a trip through Bowie’s humble beginnings to his super stardom. The images are so gorgeous. It was especially fun to recognize what the drawings mean and what songs the lyric quotes come from. I have A LOT of books about David Bowie. This one is extra special indeed."

"Allred & Company have created a Bowie biography that's as colorful as his persona, as deep and varied as his music, and as cosmic as his life."

Mike Allred and David Bowie are a match made in glam heaven, so much so that BOWIE: Stardust, Rayguns, & Moonage Daydreams feels like the product of a kind of cosmic spontaneous generation, but I know better. I know about the painstaking work Mike, Steve, and Laura put into crafting this magnificent union of sound and vision. It's more than a tribute, more than a biography; it's a signal straight from outer space beamed to Bowie fans of today, and more importantly, tomorrow.

This book is innovative, provocative and endlessly compelling, just like the legend himself.  Steve Horton and Mike and Laura Allred have done a sensational job bringing Bowie and the transformative energy of his music to life.

If you are a Bowie fanatic and love Mike and Laura Allred’s art, then you are in for a visual treat down memory lane as we follow the career of David Bowie and his many alter egos. This book is a visually lush account of one of the most eclectic superstars of our times presented beautifully by Steve Horton and the Allreds. Every single page is informative and poster worthy.

BOWIE: Stardust, Rayguns, & Moonage Daydreams is a gem, a stunning accomplishment that pushes the boundaries of the graphic novel medium, much as Bowie himself pushed the boundaries of music, fashion and culture.

BOWIE: Stardust, Rayguns, & Moonage Daydreams is everything you would expect from a book about the chameleon of rock: Bold, inventive, fascinating! Steve Horton, Mike and Laura Allred captured the essence of David Bowie like no one else did before.

Mike Allred was born to draw David Bowie. The art is so groovy and fantastic, it’s hard to pull yourself away. Through the story, Steve Horton and Allred take you on a magical journey where you almost believe you are looking in on Bowie’s life as it’s occurring. Any Bowie fan will treasure this, and anyone who doesn’t know of Bowie will be a fan after reading this.

– Christy Blanch (Tales from the Crypt)

"Bravo for BOWIE: Stardust, Rayguns, & Moonage Daydreams! Horton & the Allreds have captured David Bowie's early years with all the color and spectacle of the period. It is every bit as wondrous as his music, and that amazing epilogue will leave you wanting more. Encore! Encore!"

– Roger Stern (The Death and Life of Superman)

"Bowie: Stardust, Rayguns & Moonage Daydreams is a wonderful love letter to the pop prince that touches on and ponders what made him such a unique, inspirational artistic force. This masterfully orchestrated graphic novel — filled with some of the best art I’ve seen all year"

"This is a book that is best paired with Bowie’s actual music, and since it can’t reprint the lyrics, that’s up to us to provide. Put on your favorite couple of Bowie records (I’d suggest period appropriate ones) and marvel at the visual feast that is this graphic novel. And then buy a second copy so they can do a sequel."

"Bowie: Stardust, Rayguns & Moonage Daydreams is a triumph for Bowie fans and music history lovers everywhere. People who grew up watching Bowie take on the world will wax nostalgic and learn new bits of trivia, and people who latched onto Bowie after the prime of his career will learn all of the amazing ways he crossed paths with movers and shakers of the ’70s and ’80s and ultimately influenced generations of musicians to come. "

"It might be impossible to pick up 'Bowie' and not be cooler when you put it back down."