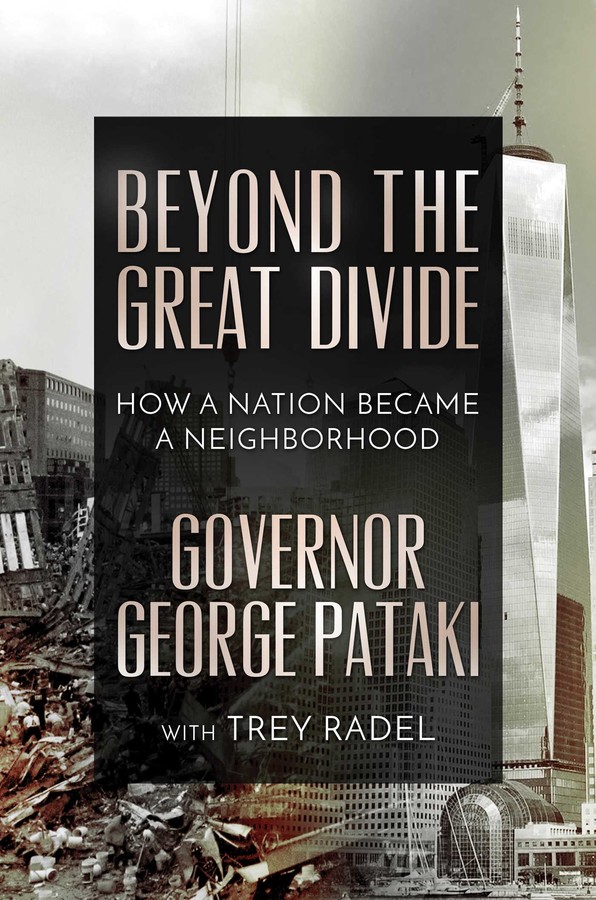 Beyond the Great Divide

How A Nation Became A Neighborhood

An unprecedented, insider view into 9/11 and the inner workings of the political climate that emerged after the attacks, which continues to shape our future—politically and culturally— and how we as a country can bridge the Great Divide.

Following the attacks of September 11th, New York Governor George Pataki witnessed a truly United States of America rise like the mythological phoenix. People came together regardless of their generational, ethnic, situational, or cultural background, and he stated, “On that terrible day, a nation became a neighborhood. All Americans became New Yorkers.” These words echo today with a hollow ring, and a bitter sting. The economic and emotional fallout post-9/11 was devastating. The political toll was even worse, bringing us to where we are today, a society as divided as it’s been in more than a hundred years, separated by political tribes that demand ideological purity coupled with blind loyalty.

In looking at America and its divide, Pataki asks a bold question: Did the terrorists win?

This is a question no sitting politician or pundit from either side of the political spectrum will dare address. Along with President George W. Bush and Mayor Rudy Giuliani, Pataki was one of only three people directly involved in, commanding, and making life or death decisions during 9/11. Few have the experience or depth to even begin to dive into this subject; as a result, Pataki’s answers might surprise you.

In sharing his perspective of where we were and where we are today, he hopes to shed light on what he calls the great divide. It’s a divide not just between left and right or Republicans and Democrats, but between the American people and their government. This division has fostered anger and resentment toward Washington, and toward each other, in a cultural separation that is likened to that of the Civil War.

Now, almost twenty years since the deadliest attack on American soil, Americans have reached another critical moment: will we unite again, or this time get lost in the divide?

Drawing on Pataki’s memories, notes, crises, and critical events, The Great Divide gives an unprecedented, shocking, heart-pounding inside view into what happened before, during, and after 9/11. The Governor reflects on where our country is today and how we can rebuild a common future and perhaps return to a time when a nation became a neighborhood.

Beyond the Great Divide

How A Nation Became A Neighborhood