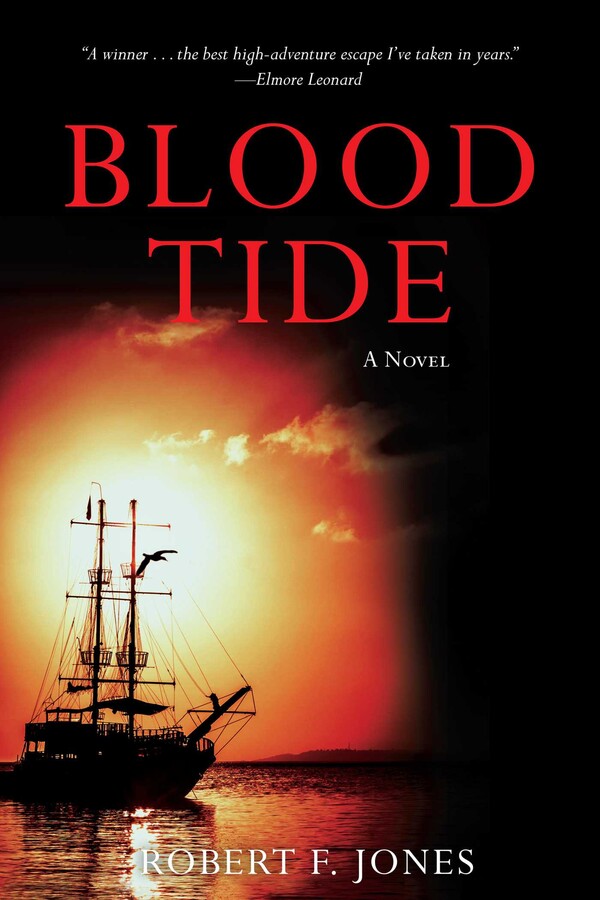 In the tradition of Clive Cussler and Alistair MacLean, Blood Tide is a gripping novel of betrayal and revenge set in a remote and lawless corner of the Philippines.

Unjustly blamed for a failed escape attempt from a North Vietnamese prison, James Culdee, a career US Navy noncom who has served his country with distinction for twenty years, is suddenly and unfairly forced into a disgraceful retirement. Devestated, Culdee retreats into alcoholism until he is rescued by his daughter, Miranda, a charter-boat skipper whose sloop, the Seamark, has been stolen.

When Miranda learns that the Seamark has been sighted into the dangerous and primitive Flyaway Islands of the Philippines, father and daughter sail off in pursuit, on a voyage that will carry them across the Pacific. Arriving in the Flyaways, where local pirates and drug smugglers are as treacherous as the hidden shoals and reefs, Culdee and Miranda join a band of Filipinio insurgents plotting to overthrow a tyrannical American drug lord, who may or may not be the same slimy” who betrayed Culdee in Vietnam.

Filled with action, suspense, and nautical lore, Blood Tide is a tale of intrigue, courage, and passionof a father and a daughter’s battle against overwhelming odds in infernal jungles where murder is a sport and madness a way of life.