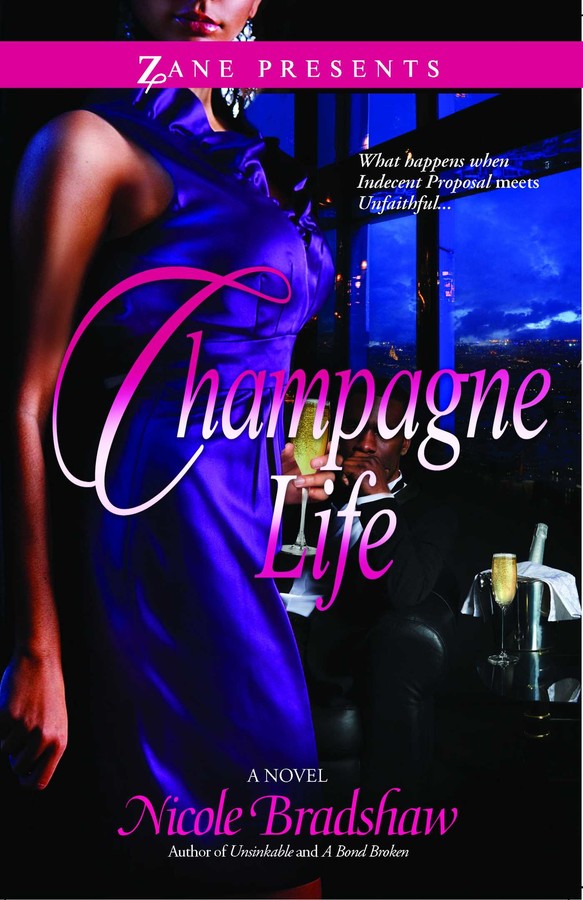 By Nicole Bradshaw
LIST PRICE $16.99
PRICE MAY VARY BY RETAILER

Would you risk your marriage to get out of debt? Naomi and DeShaun seem to have the perfect life, but when money runs low, they have to face the hard truth: Nothing lasts forever.

DeShaun and Naomi think they have it all: a wonderful marriage, steady jobs, and most important, undying love for each other. It’s a great life. Who could ask for more?

Naomi, twenty-three, works for a bank and is steadily climbing toward a promotion—until her coworker, Jeremy, blows the whistle on her after she spurns his advances. DeShaun, twenty-nine, is a server for a high-end restaurant, where women hit on him all the time. His favorite customers are an older, wealthy couple who love DeShaun and his service—especially Jenn, the wife. DeShaun is tired of his job, so when his boss fires him for stealing, he’s more than happy to walk.

As money runs out, Naomi and DeShaun decide to compromise their morals, trying to stay afloat by any means necessary. Since Jenn, a wealthy wife, loves wasting money on extravagant gifts, why not have some of those gifts come their way—only until they can get on their feet? With Naomi’s urging, DeShaun agrees to provide Jenn with companionship, but things take a terrible turn when he begins to fall for Jenn. Add murder into the mix, and you have a recipe for disaster.

In this cunning novel of moral dilemmas and romantic intrigue, author Nicole Bradshaw shows what happens when Indecent Proposal meets Unfaithful and results in murder.

Nicole Bradshaw has written a historical novel for young readers titled Unsinkable, which details a fictitious day-by-day account of the only black family on the Titanic. She is also the author of Caviar Dreams, A Bond Broken, and Champagne Life. Bradshaw currently resides in Freeport, Bahamas, with her husband and three children.

By Nicole Bradshaw
LIST PRICE $16.99
PRICE MAY VARY BY RETAILER