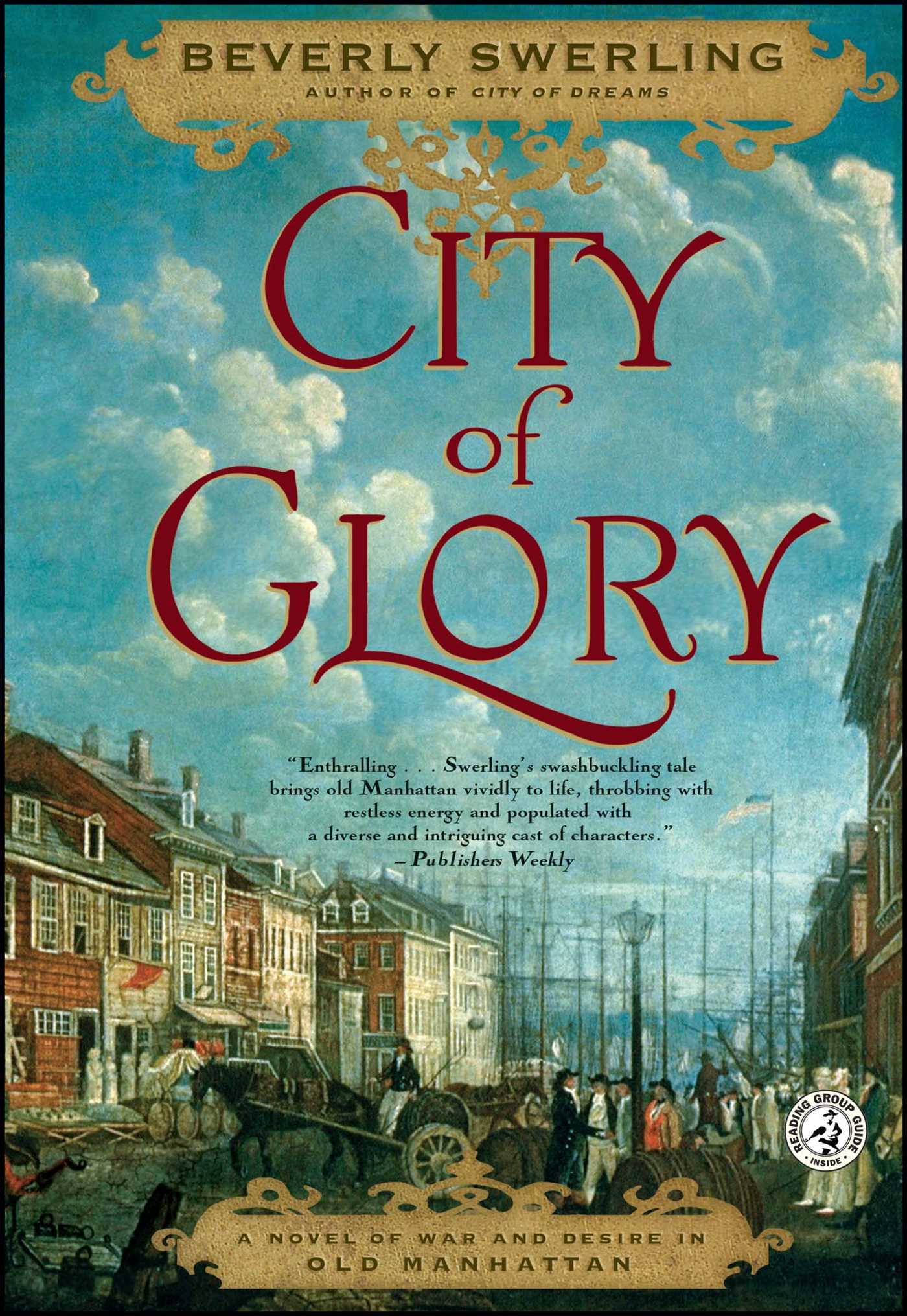 A Novel of War and Desire in Old Manhattan

By Beverly Swerling
LIST PRICE $18.99
PRICE MAY VARY BY RETAILER

Set against the dramatic backdrop of America’s during the War of 1812, Beverly Swerling’s gripping and intricately plotted sequel to the much-loved City of Dreams plunges deep into the crowded streets of old New York.

Poised between the Manhattan woods and the sea that is her gateway to the world, the city of 1812 is vibrant but raw, a cauldron where the French accents of Creole pirates mingle with the brogues of Irish seamen, and shipments of rare teas and silks from Canton are sold at raucous Pearl Street auctions. Allegiances are more changeable than the tides, love and lust often indistinguishable, the bonds of country weak compared to the temptation of fabulous riches from the East, and only a few farseeing patriots recognize the need not only to protect the city from the redcoats, but to preserve the fragile Constitutional union forged in 1787.

Joyful Patrick Turner, dashing war hero and brilliant surgeon, loses his hand to a British shell, retreats to private life, and hopes to make his fortune in the China trade. To succeed he must run the British blockade; if he fails, he will lose not only a livelihood, but the beautiful Manon, daughter of a Huguenot jeweler who will not accept a pauper as a son-in-law. When stories of a lost treasure and a mysterious diamond draw him into a treacherous maze of deceit and double-cross, and the British set Washington ablaze, Joyful realizes that more than his personal future is at stake. His adversary, Gornt Blakeman, has a lust for power that will not be sated until he claims Joyful’s fiancée as his wife and half a nation as his personal fiefdom. Like the Turners before him, Joyful must choose: his dreams or his country.

Swerling’s vividly drawn characters illuminate every aspect of the teeming metropolis: John Jacob Astor, the wealthiest man in America, brings the city’s first Chinese to staff his palatial Broadway mansion; Lucretia Carter, wife of a respectable craftsman, makes ends meet as an abortionist serving New York’s brothels; Thumbless Wu, a mysterious Cantonese stowaway, slinks about on a secret mission; and the bewitching Delight Higgins, proprietress of the town’s finest gambling club, lives in terror of the blackbirding gangs who prey on runaway slaves. They are all here, the butchers and shipwrights, the doctors and scriv-eners, the slum dwellers of Five Points and the money men of the infant stock exchange...conspiring by day and carousing by night, while the women must hide their loyalties and ambitions, their very wills, behind pretty sighs and silken skirts.

By clicking 'Sign me up' I acknowledge that I have read and agree to the privacy policy and terms of use. Free ebook offer available to NEW CA subscribers only. Offer redeemable at Simon & Schuster's ebook fulfillment partner. Must redeem within 90 days. See full terms and conditions and this month's choices.
QUESTIONS AND TOPICS FOR FURTHER DISCUSSION:
1) City of Glory opens with an act of heroic chivalry by Joyful Patrick Turner. Why do you think Beverly Swerling chose this incident as a springboard for her novel? What does it reveal about Joyful? How does the alliance he forges in the prologue affect his successes and failures later in the story?
2) "Joyful knew joss was more than luck, it was fate, something you had to accept. But in New York as in Canton, money trumped luck every time" (50). Joss, both good and bad, is a recurring theme in the novel. Note the references to it throughout the story and discuss the circumstances under which the characters mention that they either rely on or fear joss. Does the conclusion of the book prove that Joyful's theory about money and joss is correct?
3) Delight Higgins, Joyful Patrick Turner, Bastard Devrey, Vinegar Clifford -- in the early nineteenth century it was common to assign names and nicknames that sound strange today. In the nove,l do these names have any symbolic meanings that point to larger themes? How did they influence your opinion of the characters? Are these names accurate assessments of their personalities? Did they entertain you, or would you have preferred everyone be called the equivalent of Dick or Jane?
4) Two of the main characters in this novel are surgeons, and amputations and amputees figure prominently throughout the story. Why do you think the author chose this imagery? How does it relate to the state of the country at the time?
5) The female characters all play significant behind-the-scenes roles in the struggle for control of New York. Discuss the contributions of Delight, Manon, and the others. How would the conclusion of the story have been different if these women were not involved? How did the options available to women of the time impact the life choices they made? Compare, for example, Holy Hannah's choices with those of Eugenie.
6) Beverly Swerling depicts the influence of Cantonese trading on the budding American economy. How are the Chinese represented in the novel? Were you able to glean a sense of their culture from their roles in the story? Did these characters cause you to think ahead to what the Asian-American community was to become in New York and elsewhere?
7) The novel portrays -- accurately -- how early the present tight grid of streets and avenues was laid out in Manhattan. Other great cities have circular or ring patterns, and historians and sociologists tell us that each determines the interaction of the populace in a different way. How do you think that the choices made in Manhattan in the early 1800s caused the city to develop as it has? Would the concept of a "New York minute" exist in a city of majestic boulevards and sweeping vistas?
8) On page 120, Manon says, "The Great Mogul is one of the world's rarest treasures. To attempt to cut it and fail, have it shatter into splinters...Papa would never forgive himself." What do you think the Mogul is intended to symbolize? What does its fate (as far as we know it in this story) tell us about the uses of power?
9) What role does blackbirding play in the day-to-day life of Swerling's Manhattan? What are the motivations behind the characters who partake in it? In what ways (other than the most obvious) is it used to exert power over others?
10) Throughout the novel, groups such as the butchers and the jewelers exert a certain influence over the successes and failures of the men in power. Is this different from the way that business and politics are handled today? Discuss the relationship. Was this surprising to you?
11) What role does Tintin play in this novel? Do you find it surprising that there were actual pirates operating in America at the time of this story? Can you see any similarities between privateers and pirates? Would either of them be called terrorists today?
12) On page 149, Astor tells Joyful that his fortune -- already magnificent -- is based on "the power of seeing. Observation...only." What role does observation play in this novel? Particularly in terms of each character's attempts to further his or her own ambitions?
13) What did you think of the depiction of the early Jewish community in Manhattan? Were you surprised to learn of the Mill Street Synagogue and how do you think its existence influenced -- or failed to influence -- contemporary Jewish life in New York?
14) City of Glory is a historical novel, and Swerling is noted for her historical accuracy, though she admits to bending things to suit the needs of her story. In the afterword she tells us about some of those bends. Did they surprise you? Do you think it is fair of her to do this?
15) If you have read Beverly Swerling's earlier City of Dreams, compare and contrast the novels. How has the landscape of Manhattan changed from the way it was in 1661, when Lucas and Sally Turner arrived in Nieuw Amsterdam?
ENHANCE YOUR BOOK CLUB:
See how Five Points developed fifty years after the close of the novel by watching Martin Scorsese's Gangs of New York.
Enliven your get-together by meeting at a local Irish or English pub and discussing the book over a pint or two.
For historical sites in Manhattan, visit: www.greenmap.org/nyc/tour/historytour.html
Take a virtual tour of 2000 years of parks in Manhattan at: www.nycgovparks.org/sub_about/parks_history/historic_tour/historic_tour.html For tour information on historic sites in Manhattan, visit: www.nyc.gov/portal/site/nycgov/menuitem.e7852.eded1ed6107a6zfa24601c789ao
For more information about New York City, go to: http://en.wikipedia.org/wiki/New_York_City
And for more about Beverly Swerling and her next book from Simon & Schuster continuing the story of the Turners and the Devreys in old Manhattan, be sure to visit http://www.BeverlySwerling.com 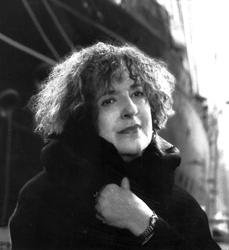 A Novel of War and Desire in Old Manhattan

By Beverly Swerling
LIST PRICE $18.99
PRICE MAY VARY BY RETAILER