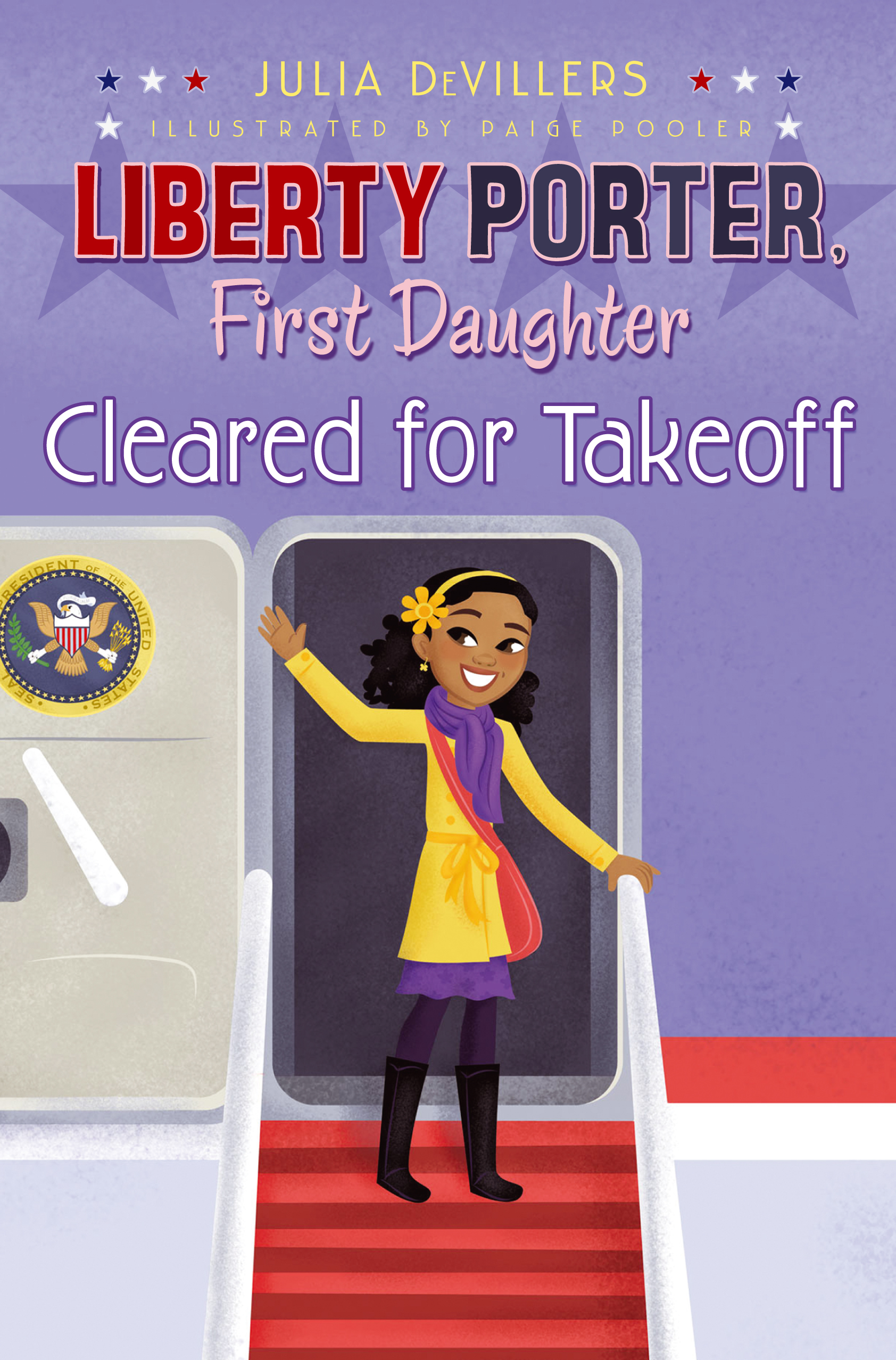 When your father is the President of the United States, and you've taken your own oath to represent the kids of America . . . well, that's a lot of responsibility for one girl. Luckily, Liberty Porter is up to the job! There's no problem too big or too small that can't be solved with a visit to the White House chocolate shop and the help of your own Secret Agent Man! This time Liberty is boarding Air Force One and taking her message to the world. She's going with her parents to Tbilisi Georgia! But don't tell Liberty, she can't keep a secret! And what if Liberty accidentally causes a diplomatic disaster? Could her father's first overseas trip end up being an international scandal? When Liberty is around, you can only count on one thing: it's bound to be fun!

IF YOUR FATHER HAS BEEN PRESIDENT OF THE United States of America for two whole months and you’ve been First Daughter and super-secret assistant to the president for the same amount of time, there are a few things you should know:

Liberty loved living in the White House. It was the house where every single president except for George Washington lived. A house where other First Kids had lived for more than two hundred years.

Liberty thought that would mean she would have kajillions of playdates. But that wasn’t how it worked. She couldn’t just walk down and invite people to come upstairs to her room and play.

She had tried that on her first day in the White House. She wasn’t allowed to do that anymore. She had to make special plans for people to come over.

And she had no plans for today. That meant Liberty was lonely.

Liberty knew she was lucky she lived in the White House. The White House had its own movie theater! Its own bowling alley! Its own playground!

But it would be nice to be able to share them with somebody today. Liberty had met some new friends at school, but today there was no school.

Liberty’s teacher, Mr. Santo, had asked the class what they were going to do for the holiday weekend.

Then suddenly someone did come into her room. Franklin! Liberty’s dog was back from his morning walk.

“Good boy,” Liberty said, kneeling down to scritch Franklin behind the ears. “You came to play with me!”

Liberty picked up Franklin’s favorite squeaky ball. She squeezed it in front of his nose and then tossed it.

Franklin looked at the ball. Then he yawned. Then he went over to his bed and circled it a few times. Then he plopped down on it and fell asleep.

“Wait, no,” Liberty said. “Wake up and play! Look, your favorite tugging toy!”

Liberty waved his toy in front of his nose.

Franklin just lay there and snored.

Usually Franklin loved to play fetch. But apparently, all he wanted to do now was play dead.

“Franklin,” Liberty tried again. “Wake up! You’re not nocturnal like Roosevelt and Suzy.”

Roosevelt and Suzy were her sugar gliders. They were only awake at night. So Liberty couldn’t play with them now either.

Boooooooring. She needed ideas for something to do. Liberty looked at a poster on her wall. It was one of the posters her father used when he was running for president.

PORTER: A MAN WITH IDEAS FOR AMERICA!

Maybe he would have ideas for his daughter. Liberty took out her really cool turquoise cell phone. She texted POTUS (DADDY).

That meant the president of the United States.

AM BORED. DO U HAVE IDEAS FOR ME?

Liberty waited. Then her cell phone brrzped back.

That was the best he could do? Use her imagination? Brrzp! Another text came in from him. Oh, maybe he had another idea.

PORTER: A MAN WITH IDEAS FOR AMERICA!
BUT BAD IDEAS FOR HIS DAUGHTER.

I’LL USE MY IMAGINATION. KTHXBAI.

Okay. Imagination time. Liberty decided she would pretend she was on vacation. She looked in her dresser drawers. She pulled out a T-shirt that said FUN IN THE SUN and bright yellow sunglasses shaped like suns. She also pulled a hula skirt over her jeans and put on a lei her father got her in Hawaii.

Liberty took her extra pair of sunglasses out and placed them on Franklin’s nose. Franklin kept snoring.

Liberty then put a bath towel on the floor and lay down on it. She closed her eyes and pretended she was on the beach.

Ah, she could feel the pretend sun. The pretend sand. Then Liberty pretended she was in the ocean. She plugged her nose and flapped her arms around like she was swimming.

“Liberty, I—” Liberty’s mom had stuck her head into the room. “May I ask why you are rolling around on the floor while wearing a hula skirt?”

Liberty stopped flapping and sat up.

“I am on vacation,” she explained. “I was using my imagination. It was Daddy’s idea.”

“Sweetie, I’d love to, but I have to go to a meeting downstairs,” her mother said.

“It’s a vacation day for the country,” Liberty complained. “For everyone except you and Daddy.”

“Honey, you know that the president and the First Lady have many commitments,” her mother said. “You’re welcome to come with me. I’m discussing the economic and political realities of—”

“I’ll just be downstairs until I have to leave, then,” her mother said. “Let your agent know if you need anything.”

That’s who Liberty could play with: SAM! SAM was Liberty’s special Secret Service agent. He was very tall and had no hair. His shiny bald head made it extra fun to pat him on the head during duck, duck, goose. Yes, SAM was excellent at playing games! Now the vacation fun could begin!

Liberty grabbed a walkie-talkie off her desk. Yes! Liberty had her own walkie-talkie to talk to her Secret Service agents. She had decorated the walkie-talkie with silver nail polish and pink and purple sequins.

Zzzzrblt! Sppkt! The walkie-talkie made static noises, and then a voice spoke.

Ruffles? SAM never called her by her official code name. Liberty had thought up a way better one: Rottweiler.

“Um, who is this please?” Liberty said.

“This is Russ,” the walkie-talkie spoke.

Oh. Russ. He was another Secret Service agent. But he didn’t play hide-and-seek. He wouldn’t let Liberty play secret spies with the walkie-talkies, and he never wanted to play zombie tag.

“Is SAM there?” Liberty asked politely.

“SAM has the vacation day off. Do you need anything?” Russ asked.

Liberty told him no thanks, and then groaned. AUGH! SAM was on vacation! Liberty pictured SAM lying on the beach. She wondered if he wore his dark secret agent suit and an earpiece in his ear on the beach.

Liberty had only one last hope. There was someone else who might be upstairs in the White House. It was Abraham Lincoln. Well, his ghost, anyway. Some people thought Lincoln’s ghost still haunted the Lincoln bedroom. Maybe today would be the day she could get his ghost to talk to her.

Liberty went down the hall. The Lincoln bedroom was super-fancy. This was where Lincoln signed the Emancipation Proclamation. There was a huge bed in it, and Liberty pulled herself up on it.

“Excuse me!” Liberty called out. “Mr. President Abraham Lincoln? Are you there?”

“I know you’re shy,” she said. “But I’m really bored and lonely. Everyone is on vacation.”

Liberty waited a minute. She was about to give up. And that was when she heard it.

Liberty almost fell off the bed.

“President Abraham Lincoln?” Liberty asked. “Is that really you?” 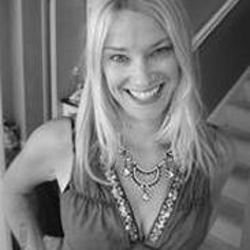 Julia DeVillers is the author of How My Private, Personal Journal Became a Bestseller, which was adapted as a Disney Channel Original Movie. She is also the author of the Liberty Porter, First Daughter series and the coauthor of the Trading Faces series, written with her twin sister, Jennifer Roy.