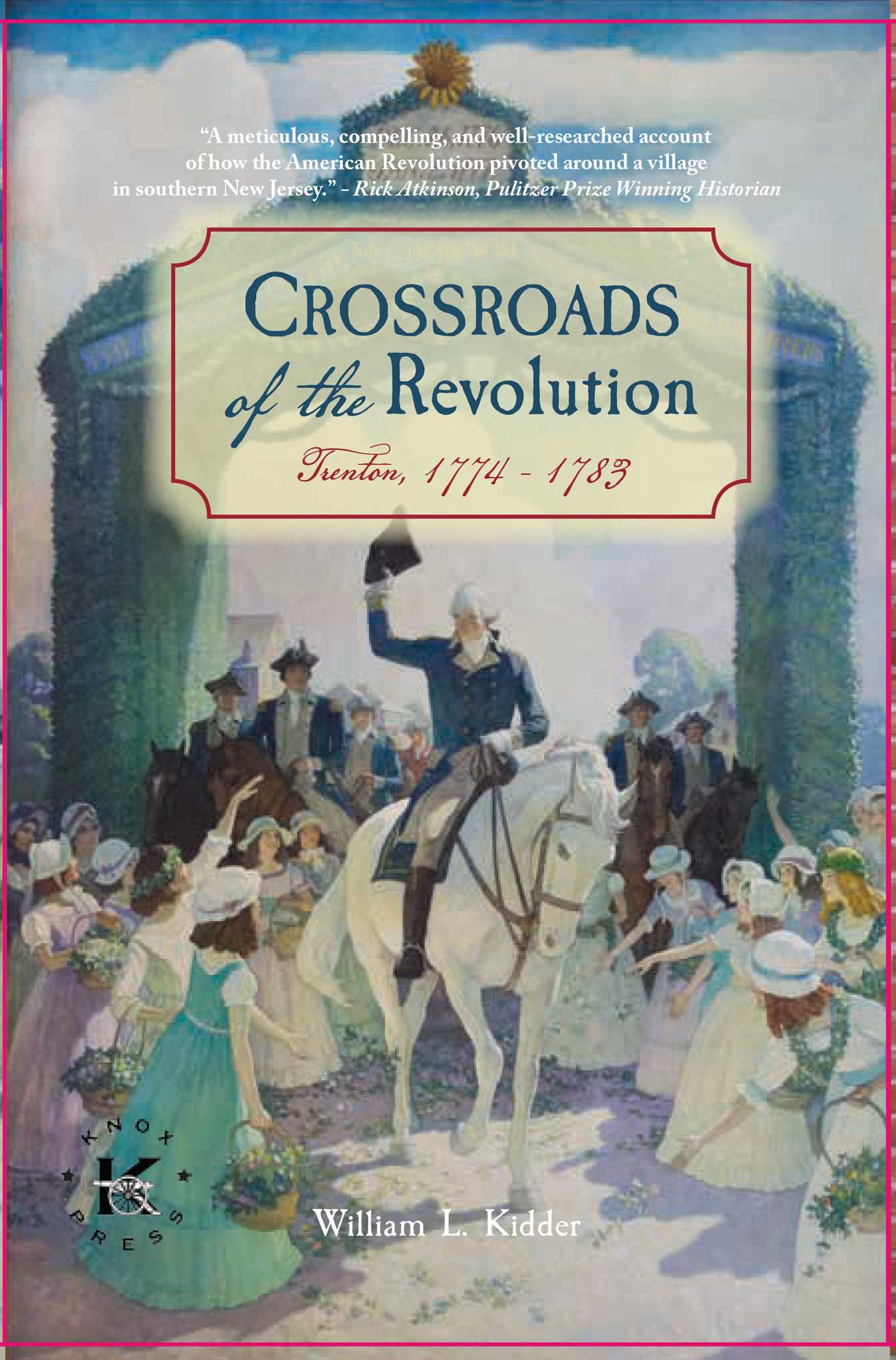 Crossroads of the Revolution

A history of Trenton during the American Revolution

Exhaustively researched and beautifully written, this it he story of revolutionary Trenton, New Jersey both a critical supply post and a crucial junction halfway between loyalist New York, and patriot Philadelphia.

Trenton between 1774 and 1783 is a microcosm of the challenges faced by ordinary Americans during the revolution, struggles intensified by Trenton’s geographic location in the state which saw more military activity than others and on a road constantly user to move and supply armies. Life in Trenton connected to just about every aspect of the revolution. The story of the people who lived in Trenton, or who spent time there because of the revolution, helps us better understand the hitherto untold importance of their town beyond the one well known day of battle.

A meticulous, compelling, and well-researched account of how the American Revolution pivoted around a village in southern New Jersey.– Rick Atkinson, Pulitzer Prize Winning Historian

William L. Kidder’s Crossroads of the Revolution: Trenton, 1774-1783is a gem. In this engaging and well-researched narrative, Kidder shines a light on Trenton, its people, and the events that centered on that town. Most Americans know Trenton as the location of George Washington’s post-Christmas victory over a Hessian brigade in 1776. Trenton was, however, much more than that. It was an active and lively town at the center of the American Revolution in New Jersey. Through his lively writing bolstered by assiduous research, Kidder tells the stories of Whigs, Loyalists, slaves, Britons, Hessians, and others who helped make Trenton a crossroads of the American Revolution. Readers will not be disappointed. - Ricardo A. Herrera is Associate Professor of Military History, US Army School of Advanced Military Studies and the author ofFor Liberty and the Republic: The American Citizen as Soldier, 1775-1861.

Known by most Americans for an hour of dramatic combat, Trenton was a small but important industrial city at the crux of so much of the War for Independence. Mr. Kidder’s marvelous study not only brings to life Trenton’s many unique personalities, but stands as a valuable case study for how a town and its people weathered and adapted through nine grueling years in the eye of the storm we know as the Revolution.Richard Patterson Executive Director, Old Barracks Museum, Trenton, NJ

Most histories of the Revolution remember Trenton, New Jersey, simply as the battle site where George Washington snatched the Patriot cause from the jaws of defeat on December 26, 1776, with his surprise attack on a Hessian brigade.  William L. Kidder’s Crossroads of the Revolution, presents a vivid, well-research portrait of a community at war, which reveals the daily courage and persistence it took to win independence.  Trentonians faced a daunting array of crises and other challenges between 1774 and 1783, and innumerable options with unpredictable outcomes.  Not all chose the same course – not all saw their stories end happily – but all were Americans who sought to define liberty in their own terms – much like their descendants who live in equally uncertain times today.  Gregory J. W. Urwin, Professor of History, Temple University

Crossroads of the Revolution