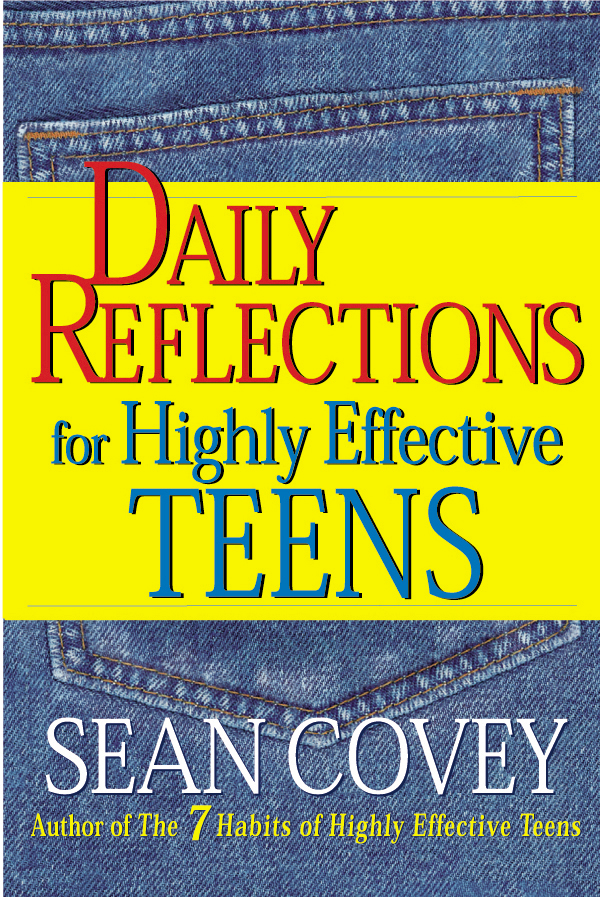 Make the ultimate teenage success guide part of your life every day.

Sean Covey's The 7 Habits of Highly Effective Teens has helped hundreds of thousands of teens find a path toward success and personal fulfilment. Now, with Daily Reflections for Highly Effective Teens, comes a book that will inspire teens to understand, appreciate, and internalize the power of the 7 Habits. With this day-by-day success guide, teenagers will learn how to improve their self-image, build friendships, resist peer pressure, achieve their goals, make important decisions, and live healthier, more self-confident lives. Packed with great quotes, excellent ideas, and inspiration, Sean Covey's warm, insightful, and humorous guide gives teens a road map for surviving and thriving in adolescence and beyond.

Take me, train me, be firm with me, and I will place the world at your feet. Be easy with me and I will destroy you.

Depending on what they are, our habits will either make us or break us. We become what we repeatedly do.

*All page references are to The 7 Habits of Highly Effective Teens.

Sow a thought, and you reap an act;

Sow an act, and you reap a habit;

Sow a habit, and you reap a character;

Sow a character, and you reap a destiny.

The 7 Habits can help you:

Another word for perceptions is paradigms [pair-a-dimes]. A paradigm is the way you see something, your point of view, frame of reference, or belief. As you may have noticed, our paradigms are often way off the mark, and, as a result, they create limitations. For instance, you may be convinced that you don't have what it takes to get into college. But, remember, Ptolemy was just as convinced that the earth was the center of the universe.

Paradigms are like glasses. When you have incomplete paradigms about yourself or life in general, it's like wearing glasses with the wrong prescription. That lens affects how you see everything else. As a result, what you see is what you get. If you believe you're dumb, that very belief will make you dumb. On the other hand, if you believe you're smart, that belief will cast a rosy hue on everything you do.

You may be wondering, "If my paradigm of myself is all contorted, what can I do to fix it?" One way is to spend time with someone who believes in you and builds you up. My mother was such a person to me. She was always saying stuff like "Sean, of course you should run for class president" and "Ask her out. I'm sure she would just die to go out with you." Whenever I needed to be affirmed I'd talk to my mom and she'd clean my glasses.

Ask any successful person and most will tell you that they had a person who believed in them...a teacher, a friend, a parent, a guardian, a sister, a grandmother. It only takes one person, and it doesn't really matter who it is.

Don't be afraid to lean on and get nourished by this person who believes in you. Go to him or her for advice. Try to see yourself the way he or she sees you. As someone once said, "If you could envision the type of person God intended you to be, you would rise up and never be the same again."

We have paradigms not only about ourselves, but also about other people. And they can be way out of whack too. Seeing things from a different point of view can help us understand why other people act the way they do. We too often judge people without having all the facts.

A teen named Monica had this experience:

I used to live in California, where I had a lot of good friends. I didn't care about anybody new because I already had my friends and I thought that new people should deal with it in their own way. Then, when I moved, I was the new kid and wished that someone would care about me and make me part of their group of friends. I see things in a very different way now. I know what it feels like to not have any friends.

From now on Monica will treat new kids on the block very differently, don't you think? Seeing things from another point of view can make such a difference in our attitude toward others.

If you'd like to submit your own story about applying the 7 Habits in your life for possible future publications, e-mail your story to us at 7Hteen@7Habits.com

Our paradigms are often incomplete, inaccurate, or completely messed up. Therefore, we shouldn't be so quick to judge, label, or form rigid opinions of others, or ourselves for that matter. From our limited points of view, we seldom see the whole picture, or have all the facts.

We should open our minds and hearts to new information, ideas, and points of view, and be willing to change our paradigms when it becomes clear that they are wrong.

It is obvious that if we want to make big changes in our lives, the key is to change our paradigms, or the glasses through which we see the world. Change the lens and everything else follows.

If you'll look closely, you'll find that most of your problems (with relationships, self-image, attitude) are the result of a messed-up paradigm or two. For instance, if you have a poor relationship with, say, your dad, it's likely that both of you have a warped paradigm of each other. You may see him as being totally out of touch with the modern world, and he may see you as a spoiled, ungrateful brat. In reality, both of your paradigms are probably incomplete and are holding you back from real communication.

Besides having paradigms about ourselves and others, we also have paradigms about the world in general. You can usually tell what your paradigm is by asking yourself, "What is the driving force of my life?" "What do I spend my time thinking about?" "Who or what is my obsession?" Whatever is most important to you will become your paradigm, your glasses, or, as I like to call it, your life-center.

Some of the more popular life-centers for teens include Friends, Stuff, Enemies, Self, and Work. They each have their good points, but they are all incomplete in one way or another, and they'll mess you up if you center your life on any one of them to the exclusion of the others.

There's nothing better than belonging to a great group of friends and nothing worse than feeling like an outcast. Friends are important but should never become your center. Why? Well, occasionally they're fickle. Now and then they're fake. Sometimes they talk behind your back or develop new friendships and forget yours. They have mood swings. They move.

In addition, if you base your identity on having friends, being accepted, and being popular, you may find yourself compromising your standards or changing them every weekend to accommodate your friends.

Believe it or not, the day will come when friends will not be the biggest thing in your life.

Make as many friends as you can, but don't build your life on them alone. It's an unstable foundation.

Sometimes we see the world through the lens of possessions or "stuff." We live in a material world that teaches us that "He who dies with the most toys wins." We have to have the fastest car, the nicest clothes, the latest stereo, the best hairstyle, and the many other things that are supposed to bring us happiness. Possessions also come in the form of titles and accomplishments, such as head cheerleader, lead in the play, valedictorian, student body officer, chief editor, or MVP.

There is nothing wrong with accomplishments and enjoying our stuff, but we should never center our lives on things, which in the end have no lasting value.

Our confidence needs to come from within, not from without, from the quality of our hearts, not the quantity of things we own. After all, he who dies with the most toys...still dies.

I read a saying once that says it better than I can: "If who I am is what I have and what I have is lost, then who am I?"

Independence is more attractive than dependence. Believe me, you'll be a better boyfriend or girlfriend if you're not centered on your partner. Besides, centering your life on another doesn't show that you love them, only that you're dependent on them.

Our education is vital to our future and should be a top priority. But we must be careful not to let dean's lists, GPAs, and AP classes take over our lives. School-centered teens often become so obsessed with getting good grades that they forget that the real purpose of school is to learn.

As thousands of teens have proved, you can do extremely well in school and still maintain a healthy balance in life. Thank goodness our worth isn't measured by our GPA.

The list of possible life-centers could go on and on: heroes, work, one's self, and even one's enemies can all become life-centers. Yet, all these and many more life-centers do not provide the stability that you and I need in life. I'm not saying we shouldn't strive to become excellent in something like dance or debate, or strive to develop outstanding relationships with our friends and parents. We should. But there's a fine line between having a passion for something and basing your entire existence on it. And that's a line we shouldn't cross.

There is a life-center that actually works. What is it? It's being principle-centered.

What is a principle?

We are all familiar with the effects of gravity. Throw a ball up and it comes down. It's a natural law or principle. Just as there are principles that rule the physical world, there are principles that rule the human world. Principles aren't religious. They aren't American or Chinese. They aren't yours or mine. They apply equally to everyone, rich or poor, king or peasant, female or male. They can't be bought or sold.

Here are a few examples of principles: honesty, service, love, hard work, respect, gratitude, moderation, fairness, integrity, loyalty, and responsibility. There are dozens and dozens more. They are not hard to identify. Just as a compass always point to true north your heart will recognize true principles.

Hard work is an especially important principle. There's no shortcut for hard work. You can't fake playing golf, tuning a guitar, or speaking Arabic if you haven't paid the price to get good. As the NBA great Larry Bird put it, "If you don't do your homework, you won't make your free throws." 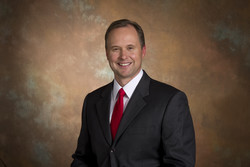 Sean Covey is Executive Vice President of Global Solutions and Partnerships for FranklinCovey. He is a New York Times bestselling author and has written several books, including The 6 Most Important Decisions You’ll Ever Make, The 7 Habits of Happy Kids, The 4 Disciplines of Execution, and The 7 Habits of Highly Effective Teens, which has been translated into twenty languages and sold over five million copies worldwide.

SEE ALL
See more by Sean Covey
Thank you for signing up, fellow book lover!