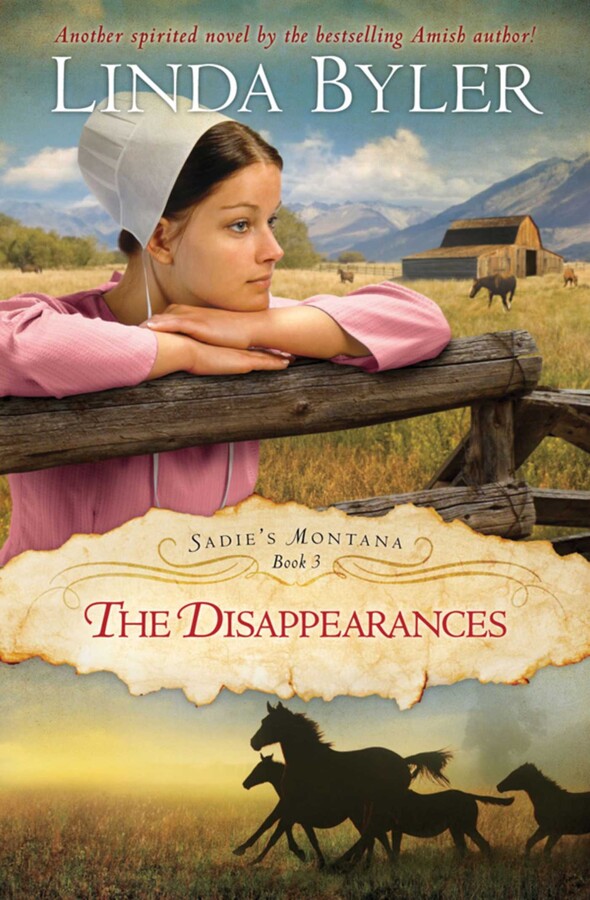 Another Spirited Novel By The Bestselling Amish Author!

Sadie may be married now, but she's as spirited as ever, and her life is no less tame. In fact, soon after she and Mark are settled into the farmhouse which Mark is renovating, she's visited by three FBI agents who question her about the two children who mysteriously appeared one day at the Ranch. Before the agents leave, they warn Sadie that her beloved horse, Paris, is highly valuable, and that she and Mark may be in grave danger because of Paris.           This news, on top of Mark's unexpected black moods, leaves Sadie sometimes wishing she could go home, "lay her head on Mam's shoulder, and ask why she hadn't warned her." But when Sadie is kidnapped at gunpoint by two men in ski masks, her stubborn strength is tested beyond her imagining. Mark disappears emotionally without warning. Now Sadie has disappeared, leaving Mark and her family wracked with worry. And Anna, Sadie's youngest sister, desperate for Neil Hershberger's attention, refuses to eat, plagued by an eating disorder as she fades away. And yet, Mark's younger brother Timothy appears, bringing unexpected life and hope to the family. Mercifully, healing and courage reappear in unexpected times and places in this concluding volume of the Sadie's Montana series.

Another Spirited Novel By The Bestselling Amish Author!