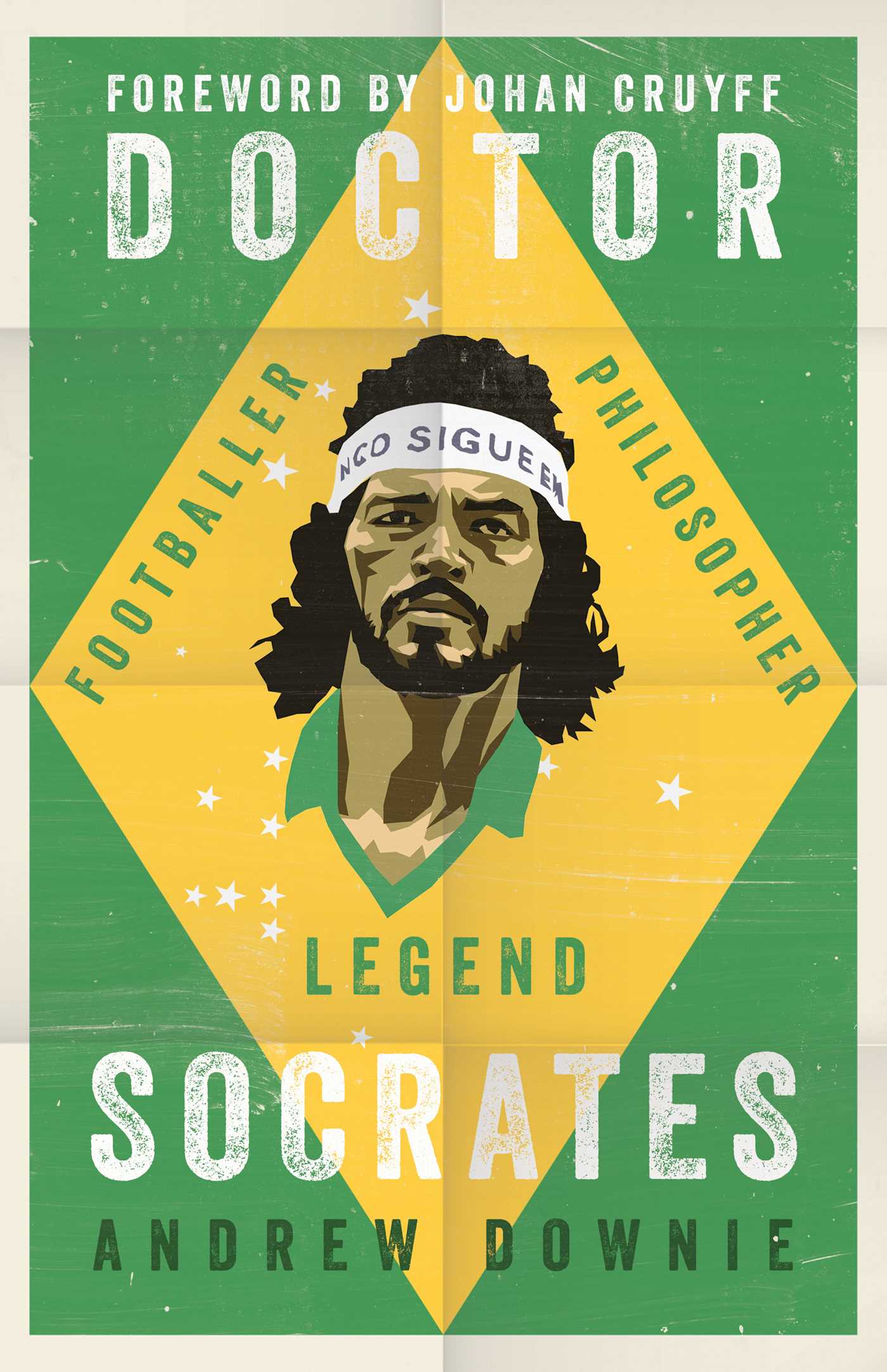 Socrates was always special. With his 6’4” frame and incredible skill, the attacking midfielder stood out. He was a hugely talented athlete who graduated in medicine, yet drank and smoked to excess. Fans were enthralled by his inch-perfect passes, his coolness in front of the goal, and his back heel—the trademark move that singled him out as the most unique footballer of his generation.

Off the pitch, he was just as original with a dedication to politics and social causes that no player has ever emulated. As the leader of Corinthians Democracy—a movement that gave everyone from the kitman to the president an equal say in the running of the club—Socrates revolutionized football management and left a truly lasting impression at a time when Brazil was ruled by military dictatorship.

Passionate and principled, entertaining and erudite, Socrates was as contradictory as he was complex. He was a socialist who voted for a return of Brazil’s monarchy, a fiercely independent individual who was the ultimate team player, and a romantic who married four times and fathered six children.

Armed with Socrates’s unpublished memoir and hours of newly discovered interviews, Andrew Downie has created the most comprehensive and compelling account of this iconic figure. Based on conversations with family members, close friends, and former teammates, Doctor Socrates is the brilliant biography of a man who always stood up for what he believed in—whatever the cost.

Andrew Downie is the Brazilian football correspondent for Reuters, and has lived in the country for fifteen years. He has written on football for GQ, The Economist, The New York Times, and The Guardian, among others. He lives in Sao Paulo.

“A detailed, brilliant, and evenhanded biography of the legendary Brazilian soccer player Socrates is a wonderful read at this moment when many decry the mixing of politics and sports.”

– Alex Bellos, Author of Futebol: The Brazilian Way of Life

'Socrates was one of Brazil’s footballing icons...His posthumous fortune is having a biographer whose knowledge and understanding born of many years living in Brazil enables him to bring the reader "the full Socrates" in the colourful context both on and off the pitch...A valuable addition to the football bookshelf.'

'I love this book. It’s a book about famous sporting figures that actually it turns out we don’t know that much about…It’s a great book, one of the best I’ve read this year so far. I fully recommend you pick that one up.'

'Such a phenomenon [as Sócrates] deserves the rounded, accomplished biography he has been accorded by Reuters writer Andrew Downie, who draws on a knowledge not merely of Brazil's football but of its wider politics and society based on 17 years of living there. Downie celebrates the brilliance and the achievements.'

'An excellent piece of work. Fascinating study of a complicated man.'

'Compelling from start to finish - a vivid portrait of one of the greatest players of all time, and of the thrilling, fascinating country he represented.  Highly intelligent, politically engaged, Socrates had an impact reaching far beyond the field of play. Downie does full justice to an extraordinary life, rich in joy, in sadness, and in inspiration.'

– Pete Davies, Author of All Played Out

The confounding contradictions of Sócrates’ genius, and his apparent unwillingness to place football at any special pedestal, that forms the basis for Andrew Downie’s excellent new book, Doctor Sócrates: Footballer, Philosopher, Legend... Sócrates not only shaped the idea of what sport can mean to its fans...but he also showed the world that there was a place for dissent even in sport.

The fascinating story of a true legend. Downie...pieces together the gripping, remarkable and inimitable story of a man who was as prodigiously gifted as he was staggeringly self-centred.

'[Fans] now get the opportunity to read an honest biography of the Brazilian in Andrew Downie’s magnificent work...This must-read sport book of our times....First-class journalism...untainted by hagiography.'

'Andrew Downie...manages to tread a narrow path in describing Socrates, with skilful writing, warmth in reporting and a clear eye. This biography should be compulsory reading for sports fans, but will also hold non-fans in thrall.'

'Excellent....a timely reminder of just how much impact this well-rounded character had during his short life.'

'It is perhaps understandable that football, so identified with Brazil, has provided a rare opportunity to open a window onto this vibrant, hopeful, chaotic time and place through Downie’s book. If only there were more such biographies in English waiting for readers stimulated by his Sócrates read to find out more about the people who make up this endlessly complex, contradictory place called Brazil.'

'Downie's meticulously researched 384 pages, which includes extracts from the player's unpublished memoirs, delve into every nook and cranny of Socrates's life and is a brilliant read. For anyone who remembers the summer of '82 and watched Socrates weave his magic...(it) is a must-read.'

'Downie has painstakingly described [Socrates] in a very British style and in great detail. This biography finally does justice to one of the personalities of 1980s football.'