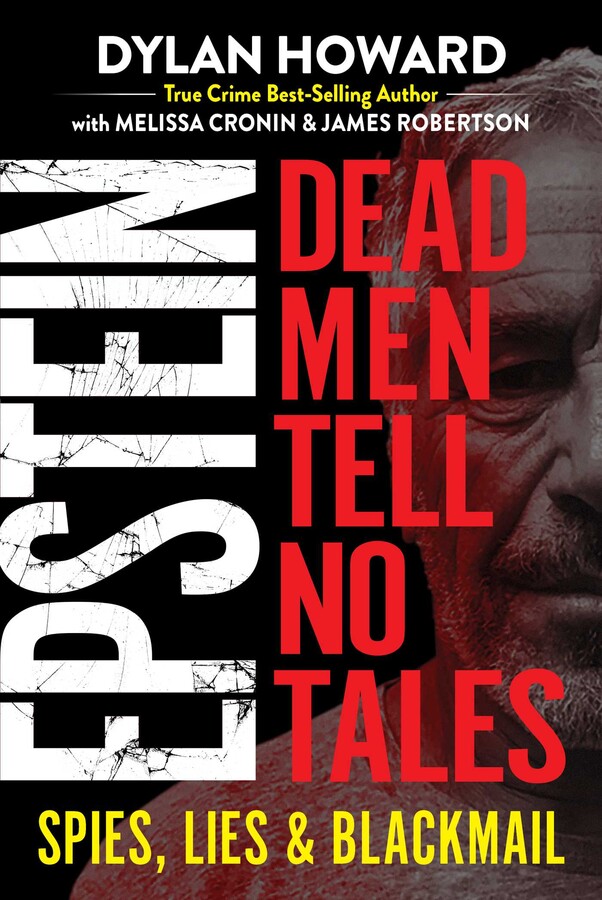 He was the billionaire financier and close confidant of presidents, prime ministers, movie stars and British royalty, the mysterious self-made man who rose from blue-collar Brooklyn to the heights of luxury. But while he was flying around the world on his private jet and hosting lavish parties at his private island in the Caribbean, he also was secretly masterminding an international child sex ring—one that may have involved the richest and most influential men in the world.

The conspiracy of corruption was an open secret for decades. And then this summer, it all came crashing down.

After his arrest on sex trafficking charges in July, it seemed Epstein’s darkest secrets would finally see the light. But hopes for true justice were shattered on August 10 this year, when he was found dead in his cell at the Metropolitan Correctional Center, New York.

The verdict: suicide. The timing: convenient, to say the least.

Now, Epstein: Dead Men Tell No Tales delivers bombshell new revelations, uncovers how the man President Trump once described as a “terrific guy” abused hundreds of underage girls at his mansions in Palm Beach and Manhattan… all while entertaining the world’s most powerful men—including President Clinton, Prince Andrew, and Donald Trump himself.

The answers to these questions and more will be explored in Epstein: Dead Men Tell No Tales with groundbreaking new reporting, never-before-seen court files, and interviews with new witnesses and confidants.

Combining the very best investigative reporting from investigative journalists Dylan Howard, Melissa Cronin and James Robertson—who have been covering the case for close to a decade—will send shockwaves through the highest levels of the establishment.

From the authors' introduction:

For investigative reporters, all too often the search for truth stops short before any satisfying conclusion. Leads turn cold and paths of inquiry hit dead ends. In the case of Jeffrey Epstein, even in death, the rabbit hole spirals ever downward, proving to be infinitesimally profound and complex.

Disturbing questions about the convicted pedophile first surfaced on a national scale back in 2008, when Epstein received a sentence of just eighteen months in prison—and that, with work release—following the Palm Beach Police Department’s discovery of more than thirty of his teen sex abuse victims.

Former US Labor Secretary Alex Acosta had helped prosecute Epstein at the time, and in the face of critiques, Acosta steadfastly insisted he had simply secured the best deal possible. But when pressed as to whether Epstein had scored a lighter sentence because he was a member of international intelligence, Acosta offered a non-denial denial—in classic politician form.

“This was a case that was brought by our office, it was brought based on the facts and I look at the reporting and others, I can’t address it directly because of our guidelines, but I can tell you that a lot of reporting is going down rabbit holes,” said Acosta.

Now, through the looking glass of a dogged and extraordinary investigation, we have discovered that the rabbit hole goes deeper than anyone ever could have expected. The world has known only half of the sordid saga that is the life and death of billionaire pedophile Jeffrey Epstein.

Dead men like Epstein tell no tales, but we can. In this book, we’ll tell a tale of sex victims, dead bodies, spies, death threats, and an international conspiracy the likes of which we have never seen before.

Everyone knows that Epstein used his mathematical genius and ruthless ambition to slither into high society, where he posed as a billionaire investor and charming philanthropist.

His mysterious riches, gaudy private jet, and impenetrable mansion fortresses allowed him to unleash his insatiable appetite for underage girls with impunity for decades. That is beyond dispute.

Now for the first time, however, this unprecedented examination sheds light on an even shadier side of Epstein’s dark and twisted life, a story that traverses the globe from the White House, to Manhattan, through New Mexico, Palm Beach, Paris, the US Virgin Islands, and the Israeli Mossad, ending at the Kremlin in Russia.

Epstein, at least on the surface, was once the epitome of a jet-setting bachelor. The secretive self-made man who rose from blue-collar Brooklyn to the heights of luxury was a close confidant of presidents, prime ministers, A-list movie stars, and even British royalty.

But for years, there were disturbing whispers that the enigmatic billionaire was secretly running an underground sex-trafficking ring—pimping out the young girls under his control to the richest and most influential men in the world.

Epstein and his powerful pals didn’t do much to hide their perversions.

Whether on his private jet, dubbed the “Lolita Express,” at his mansions around the world, or on his own private island, Epstein traveled with a roster of young women by his side. For those men invited to join him, it was a global pedophile playground.

Yet these weren’t periodic seedy sexcapades. The horrors orchestrated by Epstein were carried out on a daily basis.

A massive police investigation in Florida ended with a whimper in 2007. After just a few months in jail, Epstein was back at it again, flaunting his freedom and his debauchery around the world for more than a decade.

In the summer of 2019, though, the possibility of justice at last seemed real as federal agents officially charged Epstein with organizing the most extensive child sex ring in history.

Some of his brave victims—now adult women—came forward to break their silence and confront their abuser. It seemed his sickest misdeeds would finally be revealed, and those who took part in the corrupt conspiracy would be thrust into the spotlight.

The public was poised to finally learn the awful truth, and to hold all those involved accountable.

But hopes for long-overdue justice were shattered on August 10 when Epstein was found dead in his cell at the Metropolitan Correctional Center in New York City.

The timing: convenient, to say the least.

The man at the center of the monstrous scheme, the devil who might have finally confessed to save what was left of his soul, was forever silenced.

With no one else charged in the indictment, the criminal case against Epstein himself was dropped. There would be no public trial and no further firsthand evidence unleashed. It seemed that Epstein had ultimately escaped criminal punishment and had silenced his victims yet again.

But that story is not over.

For the past eight years, this team of investigators has followed the trail of Epstein’s darkest secrets, wherever they led. We conducted dozens of hours of interviews with those who knew Epstein best, secured previously unreleased documents under Freedom of Information Act laws, uncovered and questioned new victims and witnesses—including his onetime chauffeur and his New Mexico “massage therapist” recruiter—obtained recordings of a defiant Epstein himself protesting his innocence, and uncovered photos inside his sex dens of sin and onboard his private jet, the Lolita Express.

At times, we faced pushback.

At times, the facts stopped adding up.

That was when we knew we had to dig deeper into Epstein’s dark world.

Luckily, in this case the law would aid our efforts to expose him. Many of our previous investigations into the life of Jeffrey Epstein were hamstrung by the simple fact that he was still alive.

When an individual is still living, it can be virtually impossible to obtain police files, deposition audio, sealed court documents, or any evidence related to their case. But when a person dies, this information can finally be made public with little restriction.

This reality is what allowed us to deliver Epstein: Dead Men Tell No Tales, an unprecedented probe into his life and death aimed at uncovering the real truth.

The death of inmate 76318–054 allowed us more access into his personal life than ever before. Here, for the first time ever, we have compiled the shocking information that ultimately led to credible leads and disturbing new evidence. We have pieced together the scattered puzzle he left behind.

Through it all, we fought tirelessly with law enforcement officials to unseal documents and obtain clues that might otherwise have been overlooked. We traveled to New York, Florida, Paris, Russia, and New Mexico in search of the truth, leaving no stone unturned as we uncovered an epic drama of crime, wealth, betrayal, and international intrigue.

We did it all for years with one goal in mind.

We sought an answer to the question the whole world has been asking: How—and why—did the man that President Donald Trump once called a “terrific guy” become one of the world’s most evil criminals? And why was he able to evade true justice for so long?

The story of Jeffrey Epstein—as the world knows it—is shocking, and tragic. The full and real story—as revealed here for the first time—is so scandalous that it raises pressing questions that implicate the world’s elite.

How much did Epstein pals President Bill Clinton, Prince Andrew, and President Donald Trump know about Epstein’s perversions—and did they take part?

How might they have helped him to continue his abuse, and to escape justice for it?

What responsibility might they have for his sudden, shocking death?

And will we ever know the truth of the sprawling tale of espionage and blackmail at the heart of this scandal?

The answers to these questions—and more—will be revealed through this compelling investigation sitting in your hands.

Be warned, however: Our reporting is, at times, graphic, disturbing, and distressing, as his victims expose the brutal details of living their worst nightmare.

Be prepared: Our findings also will send shock waves through the establishment and the highest levels of the world’s watching, waiting glitterati.

Be assured that you will finally learn the definitive facts about how it all came to a brutal end in a grim Manhattan jail cell.

If murder, who was behind it?

And most importantly: who could be next?

Epstein reflects the hard work and research Dylan Howard, Melissa Cronin, and James Robertson have put to tell this horrible story. It is well-researched and beautifully written. It should be required reading for young journalists who aspire to become investigative journalists. Epstein is the true story of crime in high places, but it is as gripping and thrilling as a good novel can be. It is a perfect match for those who love to read true crime.
—Washington Book Review

“The king of Hollywood scoops.”
—AdWeek

“Dylan Howard is one of the finest journalists writing today. His depth and breadth of experience are second to none; he follows every intricate angle of a story and exposes the truth. As a former detective, I know firsthand the skills that make an exceptional investigator and Dylan has them in spades.”
—Bo Dietl, former NYPD homicide detective who made over made over 1,400 felony arrests