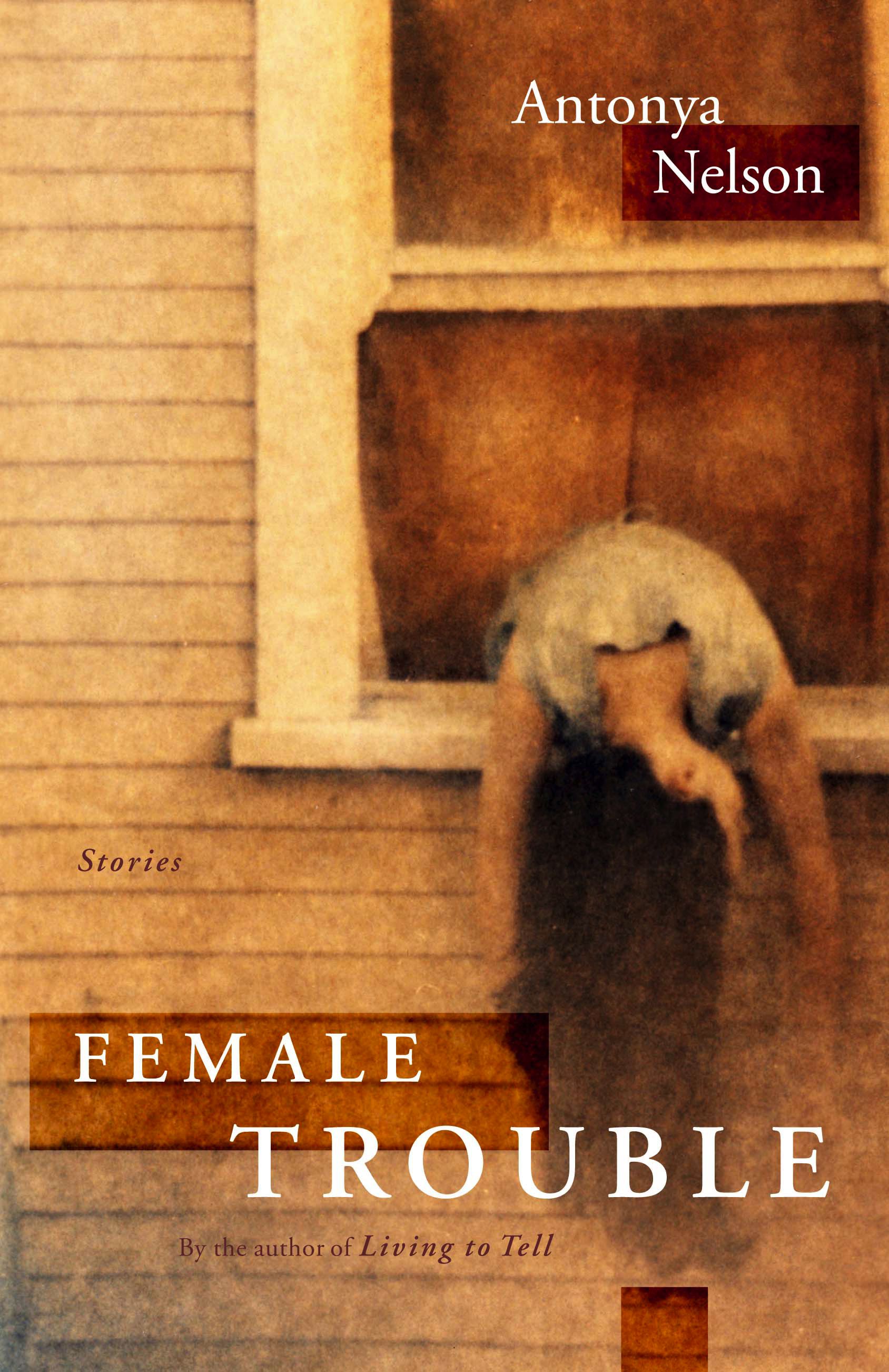 By Antonya Nelson
LIST PRICE $16.99
PRICE MAY VARY BY RETAILER

"Nelson's prose is precise and energetic, and her insights delight because they manage to be at once surprising and so right as to seem inevitable."
-- The New York Times Book Review

Antonya Nelson is widely regarded as one of America's most talented women writers -- The New Yorker has named her one of the twenty best writers of her generation -- and with Female Trouble she returns to the short-story form with which she made her original literary mark.
Thirteen wise, funny, and startlingly perceptive stories about the vagaries of marriage, the uncertainties of family, and the revelations of female life, Female Trouble looks at the relationships not just between men and women but also between parents and children, brothers and sisters. Probing the subjects of love, fidelity, desire, dependence, and solitude, Nelson explores the broad notion of family from myriad angles, but always with surprising insight and her trademark offbeat humor.
The title story features a thirty-year-old man carrying on intimate relationships with three different women -- one institutionalized, one pregnant, one purely maternal -- but unable to commit to any of them. "Incognito" depicts a divorced woman whose turbulent teen years are suddenly brought back to her when she returns to her hometown with her own teenage daughter. In "The Unified Front," a husband reckons with his wife's decision to steal a baby while at a famous theme park, and in "Stitches," a disturbing late-night phone call forces a mother to confront her college-age daughter's sexuality and her own adulterous past.
Set in the vividly rendered Southwest and Midwest, these moving stories are dark and honest portraits of people in moral quandaries, gray areas, unclear circumstances -- stories that reveal us to ourselves with disturbing clarity. As always, Nelson astounds with the clean, terse power of her language, and she deftly uses humor to expose the soft underbellies of her tough-talking, unblinking characters. These are stories that will linger in the reader's mind long after they are read.

By clicking 'Sign me up' I acknowledge that I have read and agree to the privacy policy and terms of use. Free ebook offer available to NEW CA subscribers only. Offer redeemable at Simon & Schuster's ebook fulfillment partner. Must redeem within 90 days. See full terms and conditions and this month's choices.
Reading Group Guide -- Female Trouble, by Antonya Nelson
Female Trouble is Antonya Nelson's first story collection since being selected as one of The New Yorker's twenty best writers for the twenty-first century. Author of three previous collections and three novels, Nelson has consistently been praised for her precise and energetic prose, her wry, offbeat humor, and the vividness with which she evokes her characters' inner lives. All of these qualities are in evidence in Female Trouble, whose thirteen stories explore the vagaries of marriage and romance, the difficulties of family, and the revelations of female life.
Discussion points
1. "Every woman is a rebel, and usually in wild revolt against herself." Antonya Nelson opens the book with this epigraph, a quote from Oscar Wilde. Discuss the ways in which the women in these stories act out, both against external expectations and against themselves. What effect does rebellion have on their lives? Consider especially the teenage girls in "Incognito," Lynnie in "Loose Cannon," and Andrea in "Happy Hour."
2. "Loneliness never stopped stunning her; it was a lesson to learn again and again." [p. 52] This description, of Ellen in "Stitches," could easily apply to a number of characters in the collection. How do these people -- from Ellen, to the narrator of "Palisades," to the young widow in "One Dog Is People" -- respond to their feelings of solitude, and what do we learn about the characters from those responses?
3. Infidelity plays a central role in "Palisades," "The Unified Front," and "Female Trouble," and it makes appearances elsewhere in the collection as well. Often, though, Nelson seems less interested in the act of sexual betrayal than in the various kinds of unfaithfulness that can create, accompany, or grow out of the act itself. Discuss the many forms that dishonesty and infidelity take in these stories.
4. In "Incognito," the narrator's return to Wichita causes her to recall her adolescence "with a ghastly clarity," whereas Greg Schweda's disabled daughter has difficulty remembering what she did five minutes ago. Discuss the role of memories -- accurate and otherwise -- in the story, and how they function as both blessing and curse.
5. "Stitches" centers on young Tracy's ambiguous and painful first sexual experience, and the way she relates the story over the phone to her mother, Ellen. But it also obliquely explores the relationship between Ellen and her husband, though we barely see the two interact. How does Tracy and Ellen's conversation shed light on Ellen's relationship with her husband?
6. "The Lonely Doll," about Edith's one-day affair with a neighbor she meets at a yard sale, begins and ends with Edith's recollection of a sex toy she found in her grandfather's bedside table when she was young. What is the function of this memory within the story? How are Edith's complex feelings about sex revealed in the course of the narrative?
7. In "Palisades," the narrator spends almost all her time with two people -- Sarah and Joel -- who talk mostly about themselves, and seem to care little about her. And yet along the way she comes to some insight about her husband and her life. How does her role as listener and confidante lead to new understanding of her own situation?
8. In "Loose Cannon," John Gamble finds himself becoming "the responsible one" when his deeply depressed sister, Lynnie, comes to stay with him. Discuss how John, Lynnie, and Kit bring out different aspects of one another's personalities.
9. In "The Unified Front," Jacob and Cece have withstood a number of hardships together (as the title implies) in their quest to have a child. But Jacob harbors some secrets -- about his former student Crystal, and about his true feelings. What effect do his secrets seem to have on their relationship?
10. "One Dog Is People" contains very little action and almost no dialogue, and yet its protagonist, a young widow, comes vividly alive. What techniques does the author use to draw us in to the character and her story?
11. In "Female Trouble," McBride is involved with three very different women. What does his attraction to each one -- Daisy, Martha, Claire -- reveal about his personality? Which one do you think affects him the most, and why? What do the events of the story suggest about the differences between men and women? 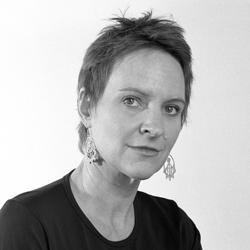 Antonya Nelson teaches creative writing at the University of Houston, and is the award-winning author of three novels and four short story collections. Her stories have appeared in The New Yorker, Harper's, and The Best American Short Stories. She divides her time among Texas, Colorado, and New Mexico.

Dave Eggers San Francisco Chronicle Any lover of realistic narrative fiction about actual and unglamorous people will be greatly rewarded by the work of Antonya Nelson.

Lynna Williams Chicago Tribune These are precise and acutely knowing stories, written by a woman who understands the potential of both female trouble and the short story form.

Frederick Busch, The New York Times Book Review These are serious stories, sensual and dark, with much at risk for the reader and, one imagines, the writer...Female Trouble is the work of a strong writer who sees both panoramically and with a powerfully close focus.

By Antonya Nelson
LIST PRICE $16.99
PRICE MAY VARY BY RETAILER