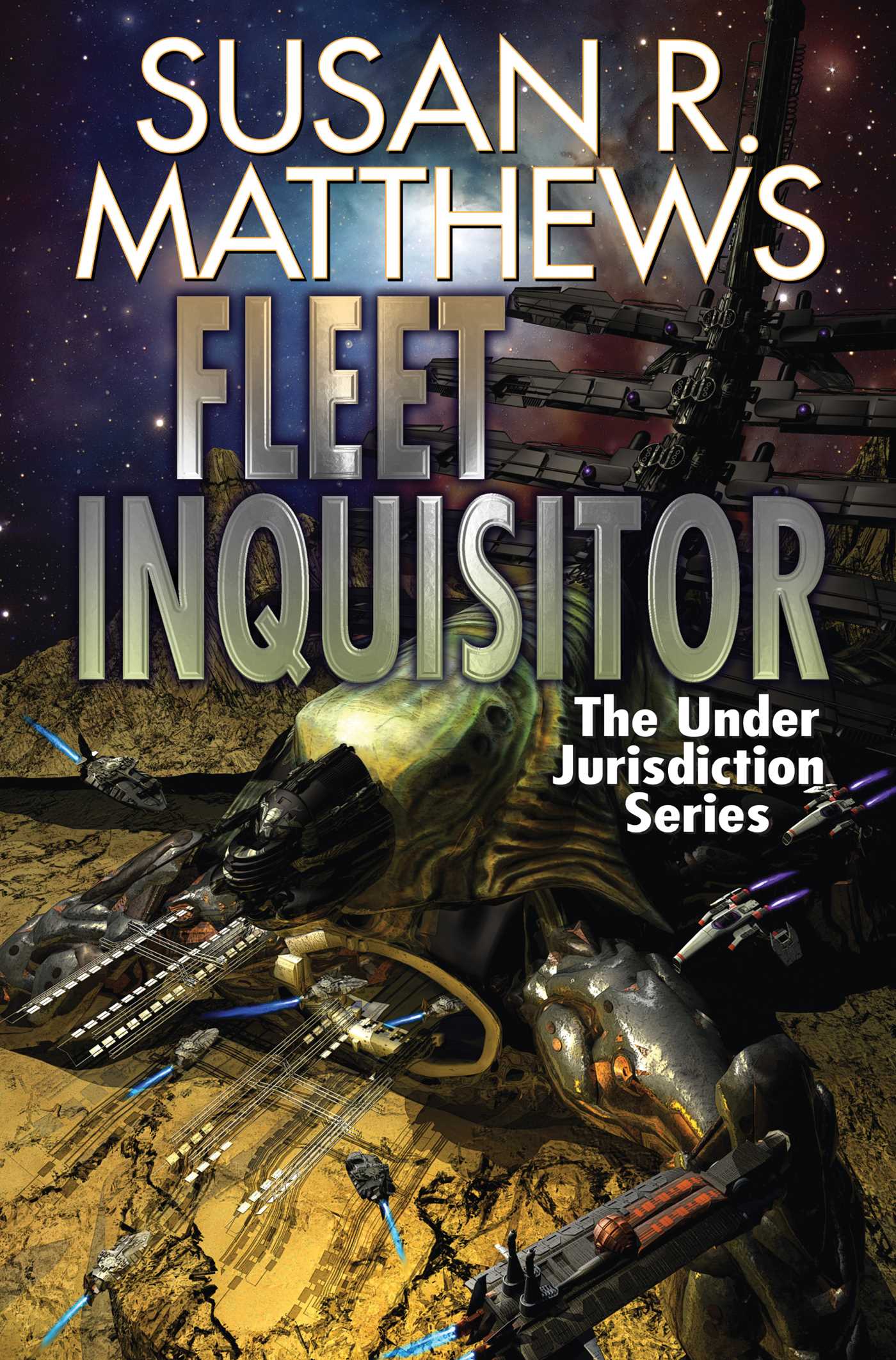 THREE CRITICALLY-ACCLAIMED EPIC SCIENCE FICTION NOVELS TOGETHER FOR THE FIRST TIME from the Under Jurisdiction series by John W. Campbell award finalist Susan R. Matthews. THE FIRST OF TWO SERIES OMNIBUS VOLUMES. This volume includes series entries An Exchange of Hostages, Prisoner of Conscience, and Angel of Destruction. Volume Two—Fleet Renegade will be followed by the new Under Jurisdiction novel Blood Enemies.

An Exchange of Hostages
Under Jurisdiction torture isn’t about truth. It’s about terror.

The Jurisdiction’s Bench has come to rely on the institutionalized atrocities of the Protocols to maintain its control of an increasingly unstable political environment. When Andrej Koscuisko, a talented young doctor, reports to orientation as a Ship’s Inquisitor he will discover in himself something far worse than a talent for inflicting grotesque torments on the Bench’s enemies. He will confront a passion for the exercise of the Writ to Inquire, whose intensity threatens to consume him utterly.

As Andrej struggles to find some thread of justice and compassion under the Law, and to hang on to what remains of his sanity, he will make powerful enemies who are eager to use his knowledge, his empathy, and his passion against anyone who challenges the Bench.

Prisoner of Conscience
He wanted to be a doctor, but his family sent him to be a Ship’s Inquisitor. Only his fierce determination to hold to justice wherever he can find it has preserved his sanity—his own force of will, and a peculiar partnership with a man condemned by the Bench to serve on pain of agonizing punishment inflicted by the “governor” in his brain.

In Port Rudistal, a defeated people have been consigned to the authority of their ancestral enemies to suffer and work and die like cattle.

Bereft of his friend, drunk on absolute license to work his will on prisoner after prisoner, will Andrej realize what horrors are contained within the walls of the Domitt Prison, and can he bring the truth to light before his enemies silence him forever?

Angel of Destruction
Bench Intelligence Specialist Garol Vogel is one of an elite few chartered by the Bench to uphold the Jurisdiction's rule of Law by any means he sees fit: to rewrite policy, assassinate corrupt officials, and topple planetary governments at his Jurisdiction's discretion.

His most treasured achievement was the amnesty he brokered for the Langsarik rebels. But someone is raiding depot stations in the Shawl of Rikavie around Port Charid, torturing and murdering with unprecedented savagery. Vogel knows the Langsariks are innocent, but who could be to blame, and how can he prevent a Judicial crime of horrific proportions?

Garol Vogel finds the answer on the wrong side of the Judicial order he’s served faithfully all his life, and once he sets foot on a path of subversion and sabotage there will be no going back, ever.

About Fleet Inquisitor:
"Starting with An Exchange of Hostages, I devoured Susan R. Matthews 'Koscuisko' novels—all six of them—when they first appeared.  Books with this much courage, clarity, and empathy are rare. The Under Jurisdiction series is a remarkable and unprecedented accomplishment.”—Stephen R. Donaldson, New York Times best-selling author of the Thomas Covenant series.

“. . . has a dark energy . . . an extremely compelling read.”—New York Review of Science Fiction

“A chilling and engaging novel of false accusation and the power of personal responsibility.”—Booklist on Angel of Drestruction

“A tightly woven space opera full of grand heroic gestures and characters strong enough to sustain all the action.”—Booklist on The Devil and Deep Space

More books in this series: Under Jurisdiction