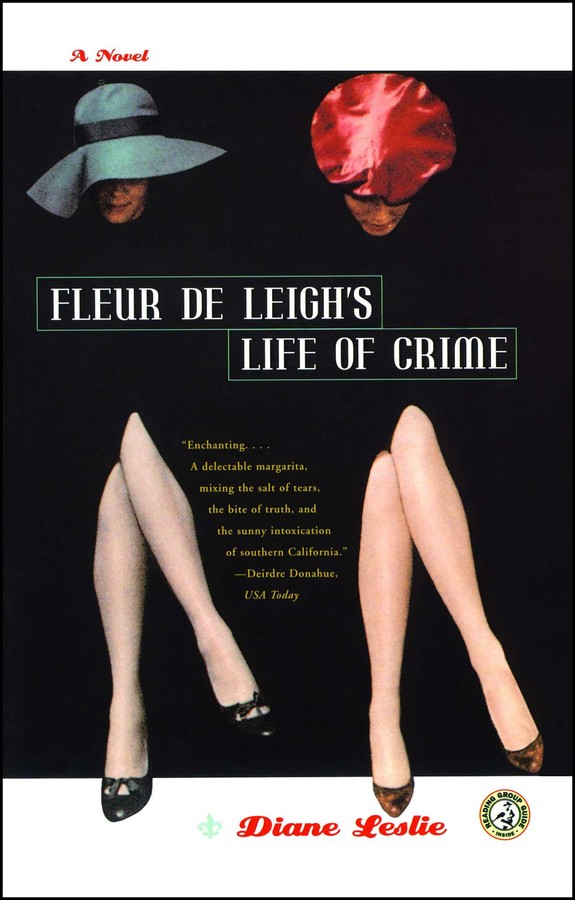 Tucked away in her parents' lavish Beverly Hills mansion, young Fleur de Leigh has all the benefits of a privileged and glamorous upbringing. Or so she is frequently told. Fleur's mother, a flamboyant, ambitious B-movie actress and eponymous star of The Charmian Leigh Radio Mystery Half-Hour, and her aloof father, currently reduced to producing the TV game show Sink or Get Rich, casually entrust their daughter's welfare to a procession of nannies, cooks, and character actors. Surrounded by falsies, false eyelashes, and lust for fame, Fleur seeks to learn from her eccentric caretakers the difference between genuine love and its many imitations. 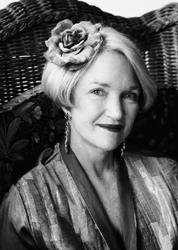 Diane Leslie is the author of Fleur de Leigh's Life of Crime, a Los Angeles Times bestseller for twenty-eight weeks. She lives in Los Angeles, where for many years she has hosted author readings and led book groups at Dutton's Brentwood Bookstore.

Nina Sonenberg The New York Times Book Review A delicious and disturbing glimpse behind the high stucco walls of Hollywood circa 1957...Leslie -- who clearly knows the Hollywood she lampoons -- balances the sincerity of Fleur's narration with the superficiality of her surroundings, eliciting shivers of compassion.

Mark Rozzo Los Angeles Times Book Review Leslie reveals a world that's as shiny and as frozen as a game-show host's smile and a little girl who navigates it with heartening savvy.

Deirdre Donahue USA Today Enchanting...A delectable margarita, mixing the salt of tears, the bite of truth, and the sunny intoxication of southern California.

Wendy Law-Yone The Washington Post It's a rare voice that succeeds in bringing to life the bitter comedy of childhood under siege from unreliable adults -- and succeeds without the victim's whine. In Fleur de Leigh, Diane Leslie has created that voice: wry, ironic, still trusting, still touchingly tolerant. It's an even rarer voice that can bring to life a period as dated and overdone as Hollywood in the '50s. This, too, the author pulls off....It's all there, bright and crisp, like a lovingly restored cut from a grainy old classic.

Sunil Iyengar San Francisco Chronicle Anyone who has ever been a child has something to complain about; celebrity is no criterion. But Leslie's sprightly prose precludes dwelling on her heroine's dissatisfaction. Rather, by summoning the same resourcefulness she attributes to Fleur, Leslie prescribes an age-old remedy: Have a laugh and move on.

The Wall Street Journal If you've ever dreamed of living a Hollywood life, you won't anymore after reading this breezy first novel.

Robin Vidimos Denver Post An enchanting, believable, and wickedly funny tale....The tales are related with such sparkling writing and told with such verve that it is impossible not to enjoy them.

Brenda Gunter Houston Chronicle Leslie's breezy tone turns what could have been a bitter, morose tell-all into a wickedly funny, readable kiss-and-tell.