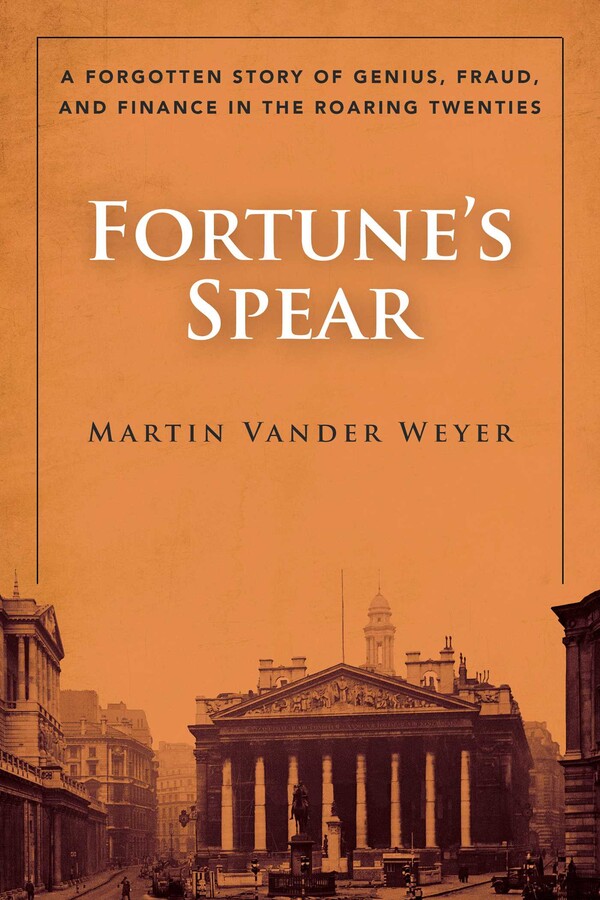 A Forgotten Story of Genius, Fraud, and Finance in the Roaring Twenties

Gerard Lee Bevan was the epitome of an Edwardian swellarrogant, smooth, and highly cultured. He married into money and influence and exploited a glittering range of social connections as the black sheep of one of London’s most respectable banking families. He could not uphold his many deceptions, however, despite a long run of success in city dealings, and perpetrated a massive fraud which ruined both the City Equitable Fire Insurance Company and his stockbroking firm, Ellis & Co. Bevan fled England in ruin in 1922, abandoning his family and business, and was eventually caught in Vienna, despite his desperate attempts at disguise. His sensational Old Bailey trial shocked the entire country.

Fortune’s Spear is a parable of the way in which the prospect of easy money draws risk-takers in every era into a spiral of greed and deceit. Bevan may have been forgotten but he richly deserves to be remembered. In this richly detailed post-Edwardian tale of true crime, Martin Vander Weyer shines a light on a fascinating bygone era, teasing out the parallels in a hitherto forgotten scandal with contemporary financial frauds.

A Forgotten Story of Genius, Fraud, and Finance in the Roaring Twenties