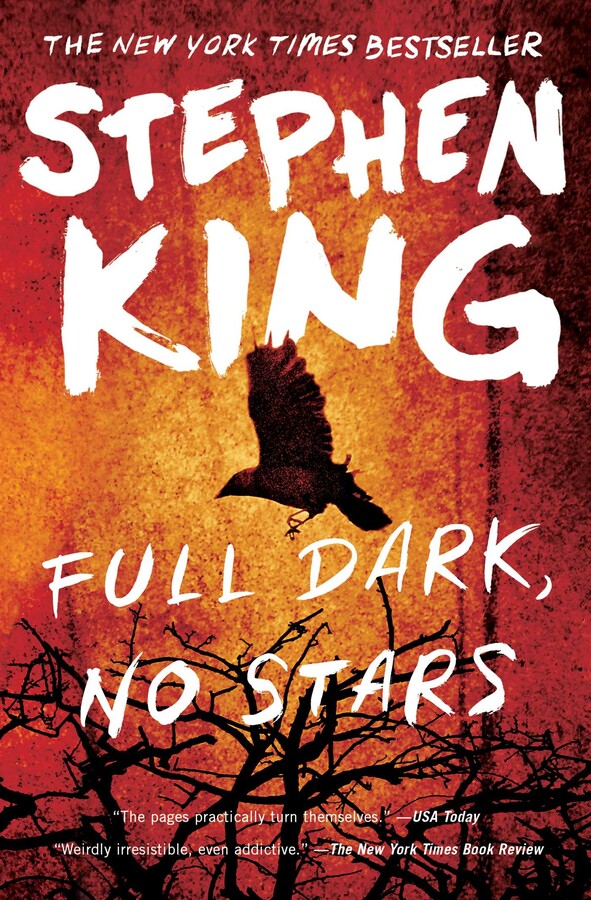 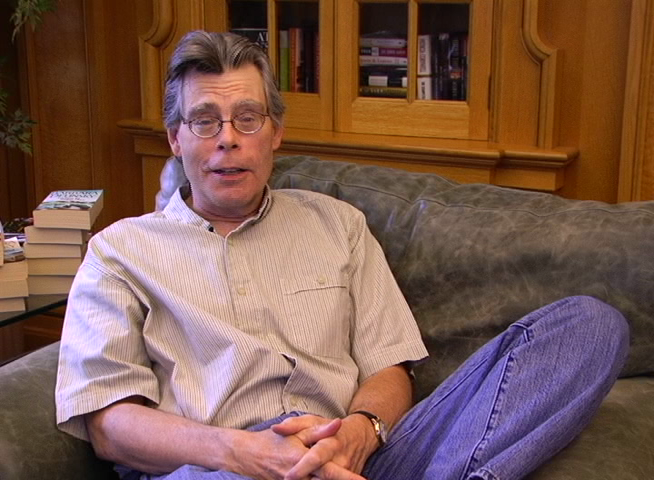 “The pages practically turn themselves” (USA TODAY) in Full Dark, No Stars, an unforgettable collection centered around the theme of retribution.

In “1922,” a violence awakens inside a man when his wife proposes selling off the family homestead, setting in motion a grisly train of murder and madness.

In “Big Driver”, a mystery writer is brutally assaulted by a stranger along a Massachusetts back road and plots a revenge that will bring her face-to-face with another stranger: the one inside herself.

In “Fair Extension,” making a deal with the devil not only saves a man from terminal illness but also provides rich recompense for a lifetime of resentment.

In “A Good Marriage,” the trust forged by more than twenty years of matrimony is irrevocably shattered when a woman makes a chance discovery leading to the horrifying implications of just who her husband really is.

Like Different Seasons and Four Past Midnight, which generated such enduring hit films as The Shawshank Redemption and Stand by Me, King’s Full Dark, No Stars is a “page-turner” (The New York Times) “as gripping as his epic novels” (St. Louis Post-Dispatch), and “an extraordinary collection, thrillingly merciless, and a career high point” (The Telegraph, UK).

Stephen King is the author of more than sixty books, all of them worldwide bestsellers. His recent work includes If It Bleeds, The Institute, Elevation, The Outsider, Sleeping Beauties (cowritten with his son Owen King), and the Bill Hodges trilogy: End of Watch, Finders Keepers, and Mr. Mercedes (an Edgar Award winner for Best Novel and an AT&T Audience Network original television series). His novel 11/22/63 was named a top ten book of 2011 by The New York Times Book Review and won the Los Angeles Times Book Prize for Mystery/Thriller. His epic works The Dark Tower, It, Pet Sematary, and Doctor Sleep are the basis for major motion pictures, with It now the highest grossing horror film of all time. He is the recipient of the 2018 PEN America Literary Service Award, the 2014 National Medal of Arts, and the 2003 National Book Foundation Medal for Distinguished Contribution to American Letters. He lives in Bangor, Maine, with his wife, novelist Tabitha King.

“The master of horror is often at his scariest when writing stories of real life frights, like the ones in his new story collection, Full Dark, No Stars. Though these four, long stories probably won't cause too many nightmares - well, maybe about rats - it's still not a good idea to read these alone at night because they are very disturbing, and they will stay with the reader long after the lights are dimmed…King's characters are well-drawn in relatively few words, although the first two stories are long enough to stand on their own as short novels. Even Tess proves true, although it took a statistic quoted on the penultimate page of her tale to make her initial reactions to the pain she suffers seem logical. But as in his other novels and stories, the narrative is the star. King's writing keeps the reader eagerly turning pages, even while feeling horrified and disgusted by what's happening. And he always seems to sneak in a surprise at the end. King never disappoints.”—Colleen O’Dea, Asbury Park Press

“Here’s how King describes his latest offering: ‘The stories in this book are harsh.’ Believe him. The unifying theory is that we’re all capable of horrific acts – like the farmer in ‘1922’ who murders his wife to protect his property’s value – and that we deny this grim reality at our own peril. Whether or not you agree, Full Dark is gripping storytelling.”—People

“For a writer whose books need a big stage, Stephen King also can turn out shorter stories just as gripping as his epic novels. All four stories in Full Dark, No Stars are about the dark turns taken in relationships between men and women. Uneven in length, they also are ambiguous in morality, which is one of the delights of this book…In all four of his stories, King leaves readers to think about how they might react under similar circumstances. And while we might do as the characters did, the suspense is in the uncertainty.”—Amanda St. Amand, St. Louis Post-Dispatch

“King just keeps writing, and his stories don't suffer one bit. If anything, they're better, deepened by his maturity. Full Dark, No Stars, the latest offering from one of our great masters of popular fiction, is a prime example… All of these stories are a kind of tribute to some aspect of our culture, a dark snippet of something we've all thought about, but likely never lived… King's knack for storytelling is alive even amid these apparently predictable scenarios. Each of the stories finds a way to be surprising, even shocking. Each of them has something new to offer beyond the subgenres they appear to inhabit. All are woven together by tight, honest prose that is the stuff of great short fiction. Yes, King has written novels so thick that teams of oxen are needed pull them off the shelf, but he's also a master of briefer forms, and not a word is wasted here. Full Dark, No Stars is proof that King has not yet faded into the great literary beyond. He's still a great storyteller, and still a great read.”—Matthew Jackson, The Hunstville Item

“A quartet of previously unpublished tales that more than satisfy their prolific author’s stated criteria for good fiction. Propulsive? Check. Assaultive? Don’t ask. The stories in Full Dark, No Stars are for the most part only slightly supernatural and deal, instead, with the unlovelier aspects of merely human behavior...What’s amazing, and maybe a little unsettling, about King is the consistency of his purpose and his manner over a long stretch of time. He’s essentially the same grab-you-by-the-lapels literary showman he was…King still writes with the verve and glee and heedless ease of a very young man…When you’re reading Full Dark, No Stars, carried along by his rollicking, vivid prose, you think (if you’re thinking at all: ‘God help him, this man is having fun.’ This naked pleasure is King’s secret ingredient: it makes his work weirdly irresistible, even addictive.”—Terrence Rafferty, The New York Times Book Review

“Another collection of satisfying short stories… While not as subtle as some of King's other fiction, these novellas offer dark humor and to-the-point gore. This quick and more brutal King installment will be in high demand for horror/thriller readers and dedicated King fans.”—Library Journal

“King begins his afterword by stating, ‘The stories in this book are harsh.’ The man ain’t whistlin’ Dixie. Returning to the novella—possibly his brightest canvas—King provides four raw looks at the limits of greed, revenge, and self-deception…Rarely has King gone this dark, but to say there are no stars here is crazy.”—Booklist, Starred review

“Eerie twists of fate drive the four longish stories in King's first collection since Just After Sunset…As in Different Seasons, King takes a mostly nonfantastic approach to grim themes. Now, as then, these tales show how a skilled storyteller with a good tale to tell can make unsettling fiction compulsively readable.”—Publishers Weekly, Starred review