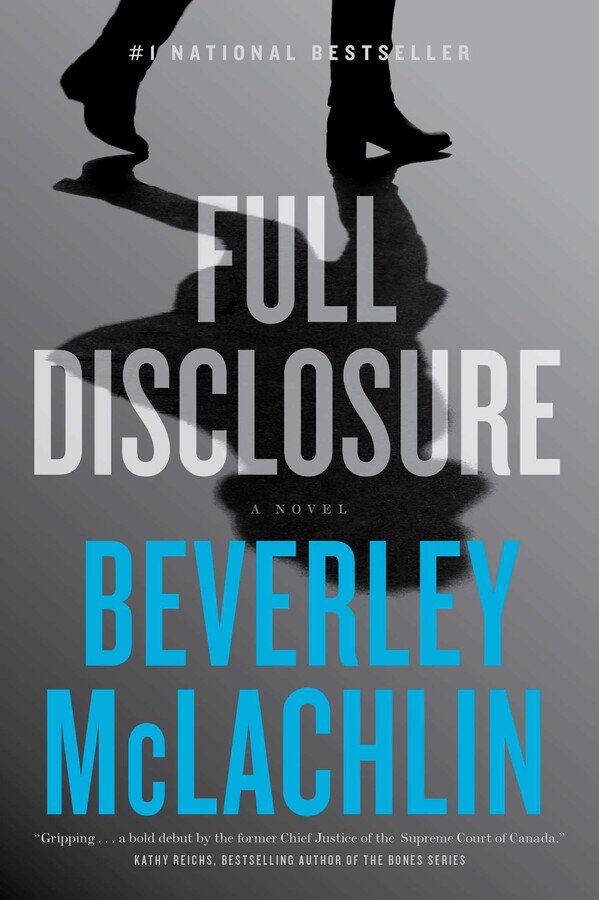 From the former Chief Justice of Canada comes a riveting thriller starring Jilly Truitt, a rising, young defense attorney faced with a case that hits close to home.

When everyone has something to hide, the truth is the only defense.

There’s nothing Jilly Truitt likes more than winning a case, especially against her former mentor, prosecutor Cy Kenge. Jilly has baggage, the residue of a dark time in a series of foster homes, but that’s in the past. Now she’s building her own criminal defense firm and making a name for herself as a tough-as-nails lawyer willing to take risks in the courtroom.

When the affluent and enigmatic Vincent Trussardi is accused of his wife Laura’s murder, Jilly agrees to defend him, despite predictions that the case is a sure loser and warnings from those close to her to stay away from the Trussardi family. Determined to prove everyone wrong, Jilly investigates Laura’s death, hoping to discover a shred of evidence that might give the jury a reasonable doubt. Instead, she is confronted by damning evidence and uncooperative witnesses at every turn. Someone isn’t telling the truth, but who?

With her reputation and Vincent’s life on the line, Jilly tries to unravel the web of secrets surrounding Laura’s murder. As she digs deeper, she uncovers a startling revelation that will change not only the case, but her life forever.

From the gritty streets of Vancouver to the fateful halls of justice, Full Disclosure is a razor-sharp thriller that pulses with authenticity and intrigue. 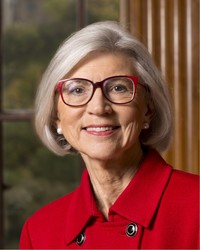 Beverley McLachlin was the Chief Justice of Canada from 2000 to 2017. She is the first woman to hold that position and the longest-serving Chief Justice in Canadian history. Her memoir, Truth Be Told, was an instant bestseller and won the prestigious Writers’ Trust Shaughnessy Cohen Prize and the Ottawa Book Award for Nonfiction. Her debut novel, Full Disclosure, which introduced readers to Jilly Truitt, was a #1 national bestseller and was shortlisted for the Arthur Ellis Best First Crime Novel Award. In 2018, McLachlin became a Companion of the Order of Canada, the highest honour within the Order. Visit her at BeverleyMcLachlin.com.

“She offers a powerful window into how her life and the law intertwine. . . . It is this orientation—McLachlin seeing the law in human terms and showing her own humanity in her law-making, rejecting legal ideology in favour of the specifics of the case in front of her—that may best define her legacy.”
— The Walrus

“Her legacy . . . is now part of the country’s foundations.”
— The Globe and Mail

“We know Beverley McLachlin as a pioneer—the first woman to serve as Canada’s Chief Justice. But now we’ll know her for something else entirely: gripping crime fiction. . . . Full Disclosure is a well-crafted page-turner in the vein of international bestsellers like Sarah Vaughan’s Anatomy of a Scandal, and is packed with courtroom drama, intrigue, plot twists, and fascinating details about our criminal justice system. Written in an accessible voice, with a fast-moving narrative, this is beach, cabin, and airplane reading at its best.”
— Vancouver Sun

“Gripping, intricate, and full of heart, Full Disclosure is a bold debut by the former Chief Justice of the Supreme Court of Canada. Novelist Beverley McLachlin is a force to be reckoned with.”
— KATHY REICHS, bestselling author of the Bones series

“For page-turning legal thrillers, it’s hard to do better than this one, and not just because it’s by the ultimate insider: the recently retired Chief Justice of the Supreme Court of Canada.”
— Maclean’s

“Totally compelling: McLachlin brings her wit and intelligence—and unrivalled experience—to this courtroom drama, which brilliantly illuminates the games lawyers play and the risks of wrong choices. The main character, Jilly Truitt, is a woman I want to meet again.”
— CHARLOTTE GRAY, bestselling author of The Promise of Canada

“McLachlin puts her experience on the Court to good use, writing a taut legal thriller with great twists and turns that will keep readers guessing to the very end.”
— CATHERINE McKENZIE, bestselling author of Six Weeks to Live

“What we have here is the inquiring mind of the lawyer and jurist, now bold new writer. . . . Beverley McLachlin has created something real and visceral. Hats off, former Chief Justice of the Supreme Court of Canada, and all rise for what we hope will be the encore.”
— Canadian Lawyer Magazine