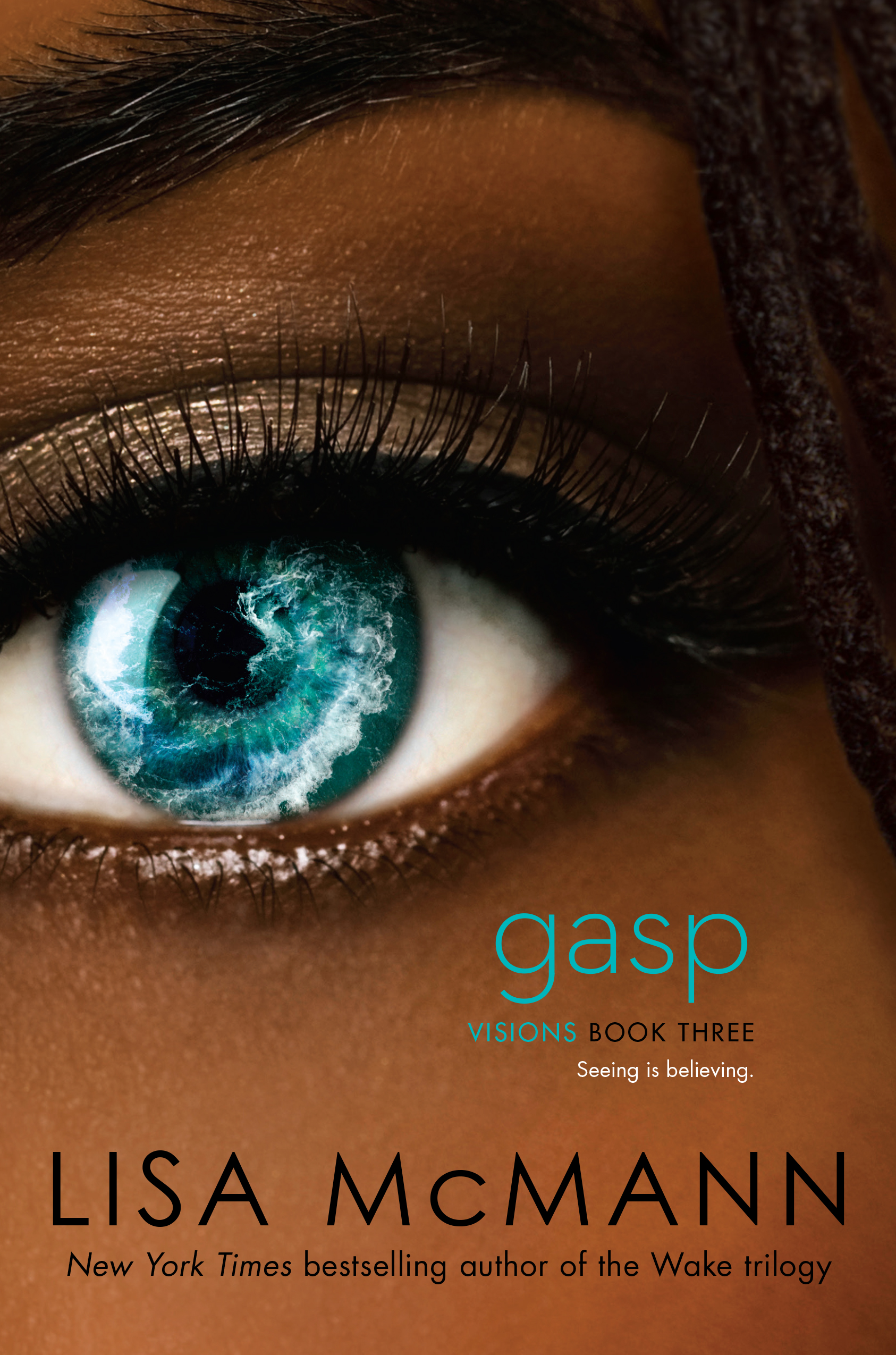 The visions aren’t stopping, and neither is the danger in this third “dramatic, quick-paced thriller (Kirkus Reviews)” in a series from the New York Times bestselling author of the Wake trilogy.

After narrowly surviving two harrowing tragedies, Jules now fully understands the importance of the visions that she and people around her are experiencing. She’s convinced that if the visions passed from her to Sawyer after she saved him, then they must now have passed from Sawyer to one of the people he saved.

That means it’s up to Jules to figure out which of the school shooting survivors is now suffering from visions of another crisis. And once she realizes who it is, she has to convince that survivor that this isn’t all crazy—that the images are of something real. Something imminent.

As the danger escalates more than ever before in the conclusion to the Visions series, Jules wonders if she’ll finally find out why and how this is happening—before it’s too late to prevent disaster.

Gasp One
It’s been a week since the shooting, and we’re back on the University of Chicago campus. Ben Galang’s eyes light up when he sees us, and he opens his dorm room door wider to let us in. Sawyer and I step inside and stand awkwardly in the crowded space while Trey eases in after us, taking care not to bump his injured arm on the skateboard that hangs from the ceiling next to the doorway.

“I didn’t know you were coming with them,” Ben says to Trey. He sounds genuinely happy to see him.

“Jules talked me into it,” Trey says.

Right. Like I had to. I try not to laugh. “Yeah, I made him. He needed to get out of the apartment and get some fresh air. Thanks for getting up early on a Sunday.”

“Thanks for saving my life, guys,” Ben says.

“Okay,” Sawyer butts in, “dude, you gotta stop with that.”

“Sawyer is a rather uncomfortable hero,” Trey explains.

Trey steps around a pile of laundry to a love seat and carefully picks up a bra from the seat cushion. He glances at Ben, eyebrow raised.

“Roommate’s girlfriend spent the night. It’s awesome,” he says, sounding like it’s totally not awesome. He snatches the bra from Trey’s hand and tosses it on the bottom bunk bed. “They’re slobs. You guys met my roommate—Vernon. He was with me at the hospital. Have a seat. How’s the arm?” He perches on the armrest opposite Trey as Sawyer and I sit in the two desk chairs.

Trey shrugs with his good shoulder. “Eh,” he says. “It’s all right.”

Ben presses his lips together but says nothing more.

“So,” I say, glancing around the room. Bunk beds, two desks, the love seat, a small TV balancing precariously on milk crates. One desk is fairly neat, and there’s a map of the Philippines on the wall above it. “Um,” I start again, turning my gaze back to Ben, “you’re probably wondering why I wanted to talk to you.”

He’s wearing different funky glasses, I notice, and I remember that his got broken in the shooting. He smiles. “Kind of. What’s up?”

I stare at the carpet, knowing that even though I practiced what I was going to say, this is going to sound so ridiculous. I lift my head and catch Sawyer’s eye. He nods, giving me encouragement. My boys are on my side. I’m not alone. But it’s still insanity, and I have to be careful. I turn my head toward Ben, who waits, puzzled.

And then I just blurt it out. “Any chance you’ve started seeing visions recently?”

Lisa McMann lives in Arizona. She is married to fellow writer and musician, Matt McMann, and they have two adult children. Her son is an artist named Kilian McMann and her daughter is an actor, Kennedy McMann. Lisa is the New York Times bestselling author of over two dozen books for young adults and children. So far she has written in genres including paranormal, realistic, dystopian, and fantasy. Some of her most well-known books are The Unwanteds series for middle grade readers and the Wake trilogy for young adults. Check out Lisa's website at LisaMcMann.com, learn more about The Unwanteds Series at UnwantedsSeries.com, and be sure to say hi on Instagram or Twitter (@Lisa_McMann), or Facebook (Facebook.com/McMannFan).

More books in this series: Visions