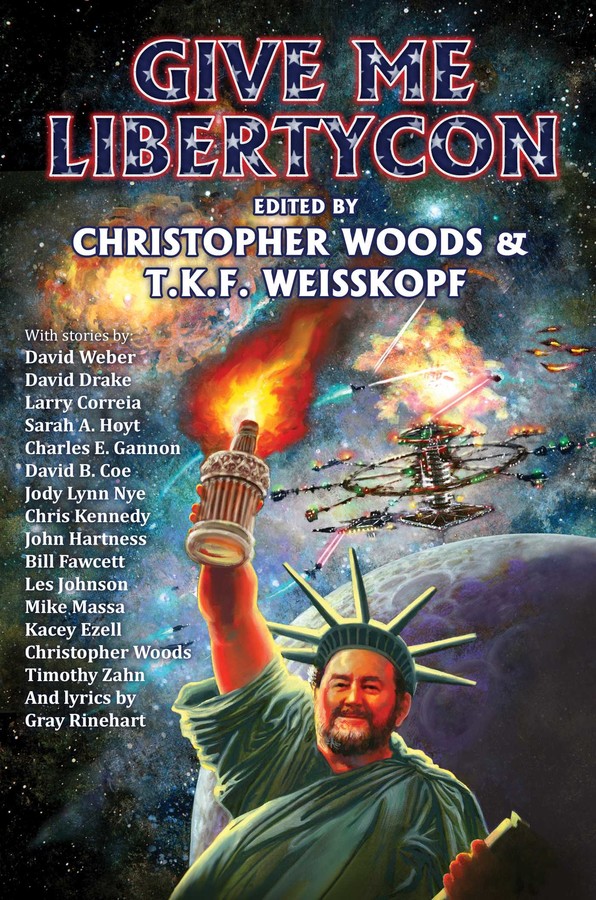 BEST-SELLING AND AWARD-WINNING AUTHORS WRITE FOR A GOOD CAUSE: All-new anthology from top names in science fiction and fantasy. A portion of the sales will fund a scholarship set up in the name of superfan, TVA engineer, and LibertyCon founder Timothy "Uncle Timmy" Bolgeo.

Since its inception, LibertyCon has been a science fiction convention like no other. Held annually in Chattanooga, Tennessee, LibertyCon attracts the best of the best science fiction and fantasy writers, working scientists, fans, and organizers. Now, join Baen Books as we celebrate this unique institution with an anthology of all-new fiction and nonfiction—and some filk songs, too!

With remembrances of LibertyCons past by the contributors, as well as a history of the convention and a complete list of “Tuckerized” convention staff, Give Me LibertyCon is a must for any fan of this venerable convention. And for those who’ve never attended a LibertyCon, it’s the next best thing to being there!

Richard T. “Uncle Timmy” Bolgeo was known to many as a Tennessee Valley Authority engineer, a science fiction superfan—and the founder of LibertyCon. To honor his memory, a portion of the sales of this volume will fund a scholarship set up in his name.

Praise for the contributors:

"Weber is the Tom Clancy of science fiction."—Publishers Weekly on David Weber

"Everything I like in fantasy."—Jim Butcher on Larry Correia