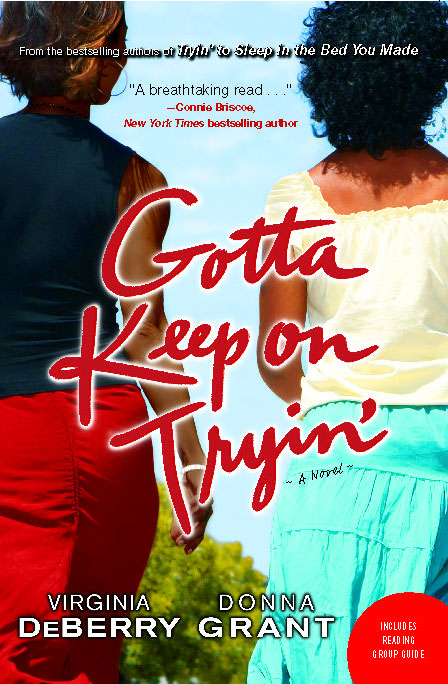 UPTOWN Authors Virginia DeBerry and Donna Grant: How We Met 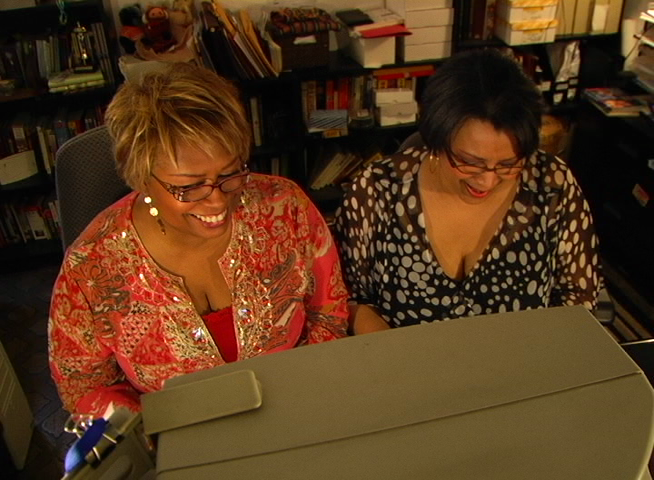 From the bestselling authors of Tryin' to Sleep in the Bed You Made comes a heartwarming tale of how true friendship can overcome life's obstacles.

Gayle Saunders and Patricia Reid have been lifelong friends, as close as sisters. When they were teens their dreams led them down separate paths and away from each other. But they reunited as adults, drawn back together by a bond of friendship that stood the test of time.

Now Pat and Gayle co-own the Ell & Me Company, a business they founded based on a character Gayle created years ago for her daughter. Things are going well, but real-life dramas ensue as each must face issues from the past in order to protect the future.

Pat and Marcus look like the perfect twenty-first-century couple -- smart, talented, each at the helm of a high-profile enterprise and at the top of their game. But behind closed doors their marriage is challenged by the stresses of a two-entrepreneur household. Will their professional pursuits leave them time for each other and a family, or carry them into the arms of others? Will a paternity claim prove to be too much of an obstacle to overcome?

Gayle faces her own family drama and struggles to maintain control of her life. Despite dating other men, has she ever really gotten over her ex-husband, Ramsey, the gambler who left her and their daughter, Vanessa, in financial ruin? Gayle bends over backward to provide a stable, comfortable home for Vanessa, and support her dream of becoming a dancer. And Vanessa, a rebellious and hurtful teen, seems just as devoted to making Gayle pay for every mistake she has ever made. And what ever happened to Ramsey?

In Gotta Keep on Tryin', Virginia DeBerry and Donna Grant bring us heroines who remind you, for better and worse, of women everywhere -- women who know that true friendship keeps us grounded. And when things get rough the bond between women can be stronger than any trials we face.

ï»¿
Discussion Points
1. When you read the opening prologue, did you think Pat was talking about her friend or her husband? What about her friendship with Gayle is like a romantic relationship? Do you think these elements ultimately help or hurt their dynamic?
2. Pat and Gayle are two women working hard to create success on their own terms. What else makes them similar? What makes them different? How do they complement each other as friends and business partners?
3. What is it that drives Tiffani to go to Marcus? Did you agree with Marcus's sympathetic view of her? At what point did you lose sympathy for her, or didn'tÂ­ you? Why?
4. How does Vanessa's "can't-Â­do"Â­ attitude reflect Gayle's? What other traits of Gayle's does Vanessa pick up on? Do you think children unconsciously absorb their parents' attitudes and behaviors, or do you think it takes a more active role to instill both negative and positive characteristics in children?
5. Gayle knows that Pat is uncomfortable not being in control. Yet, on some level, Gayle's binging and purging arises out of a similar discomfort. How does a need for control affect the characters in this novel? What consequences do they suffer because of it?
6. Pat claims that she's afraid of not being a good mother, yet she has no problem telling Gayle what she should do with her own child. What is really at the root of Pat's reluctance to have a baby?
7. Despite Marcus' warnings about gold-Â­diggers, DeJohn takes up with Tiffani. And, against Gayle's wishes, Vanessa moves in and stays with Julian. How do you feel about what happens to DeJohn and Vanessa, both of whom suffer from their mistakes? Do you think they deserve what they get? Why or why not?
8. When you first learned that Ramsey was alive and well, and that he'd been spying on Gayle and Vanessa, what did you suspect he was up to? How much responsibility for Gayle's and Vanessa's emotional problems can be laid at Ramsey's feet? Given the lasting repercussions of his actions, do you think he has paid sufficiently for his crimes?
9. Pat loves Marcus. But she can't stay away from Drew, who takes on a more important role in her life as her loneliness grows. Do you think she's pursuing a relationship that isn'tÂ­ good for her?
10. On page 274, Pat struggles with the concept of loving two people at once. She is mystified -- it's an idea that has never really occurred to her, and now she finds herself in a difficult situation. Compare her relationship with Drew to Booker's relationship with Roberta. Do you think Pat has "cheated?" Do you agree with Marcus that his father and Roberta are having a morally wrong affair?
11. There are many different types of relationships examined in this novel. Identify and discuss the rewards and challenges of each. Which relationships seem healthy to you? Which seem unhealthy, and why? If you were any of these characters, what would you do differently?
12. What did you think Terry Stuckey was up to by remaining close to Gayle in the years since Ramsey's disappearance? Did you think her interest in Ell & Me was suspicious, or do you think she was genuinely concerned about Gayle's safety? Why might she have killed herself, and for what reason might she have been murdered?
13. As the title states, you gotta keep on tryin'. Describe some of the ways that the characters in this novel are "tryin'." Why or why aren'tÂ­ they successful?
14. If you've read Tryin' to Sleep in the Bed You Made, how does it compare to Gotta Keep on Tryin'? Did the characters from the first novel end up the way you expected? Why or why not?
15. What would you like to see happen in future novels about these characters? Do you think the authors leave room for another sequel as they tie up loose ends?
Enhance Your Book Club Experience
1. Tiffani, DeJohn, Ramsey, and other characters in the novel are blinded by the glitter of the "high life," which leaves them doing almost anything to achieve the lifestyle they think they deserve. Get a taste of temptation by taking your club on the road to the swankiest restaurant or night club in town. Try searching on www.citysearch.com or www.zagats.com for the right place, make a reservation, don your hottest outfit, and go wild.
2. The Ell & Me books and dolls are a fictional part of a very real American tradition -- the expansive world of doll collecting and enjoyment. Get a glimpse of Pat and Gayle's intricate business by attending a local convention for toy makers or visiting a collector's shop. You can start by checking out your local business listings or visit http://en.wikipedia.org/wiki/Doll to learn more about the history of dolls.
3. Take some time to visit and browse the authors' Web site at www.deberryandgrant.com and their blog at www.twominds Â­full.blogspot.com. Come to your next Book Club meeting prepared to share how reading the authors' thoughts on life has given you an insight into Gotta Keep On Tryin'. 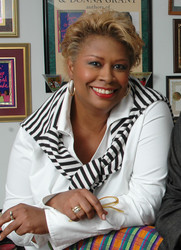 Virginia DeBerry was a successful plus-size model, former Vice President of BB/LW modeling agency and served as editor-in-chief of Maxima magazine before becoming a novelist. DeBerry is a graduate of the State University of New York at Buffalo. She currently resides in central New Jersey. 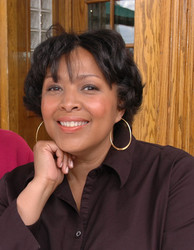 Donna Grant spent more than a decade as a model for catalogs and advertisements. Grant has been featured on the pages of Essence, McCalls, Family Circle, and Woman's Day, as well as appeared on Good Morning America, and Live with Regis and Kathy Lee. Grant served as the Managing Editor of Maxima before her writing career. A Brooklyn native, she is a graduate of New York University and still lives in the borough with her husband.

"DeBerry and Grant are back with another dazzling story of friendship, family, and the ebbs and flows we all face along the journey of life." -- E. Lynn Harris, New York Times bestselling author of I Say a Little Prayer