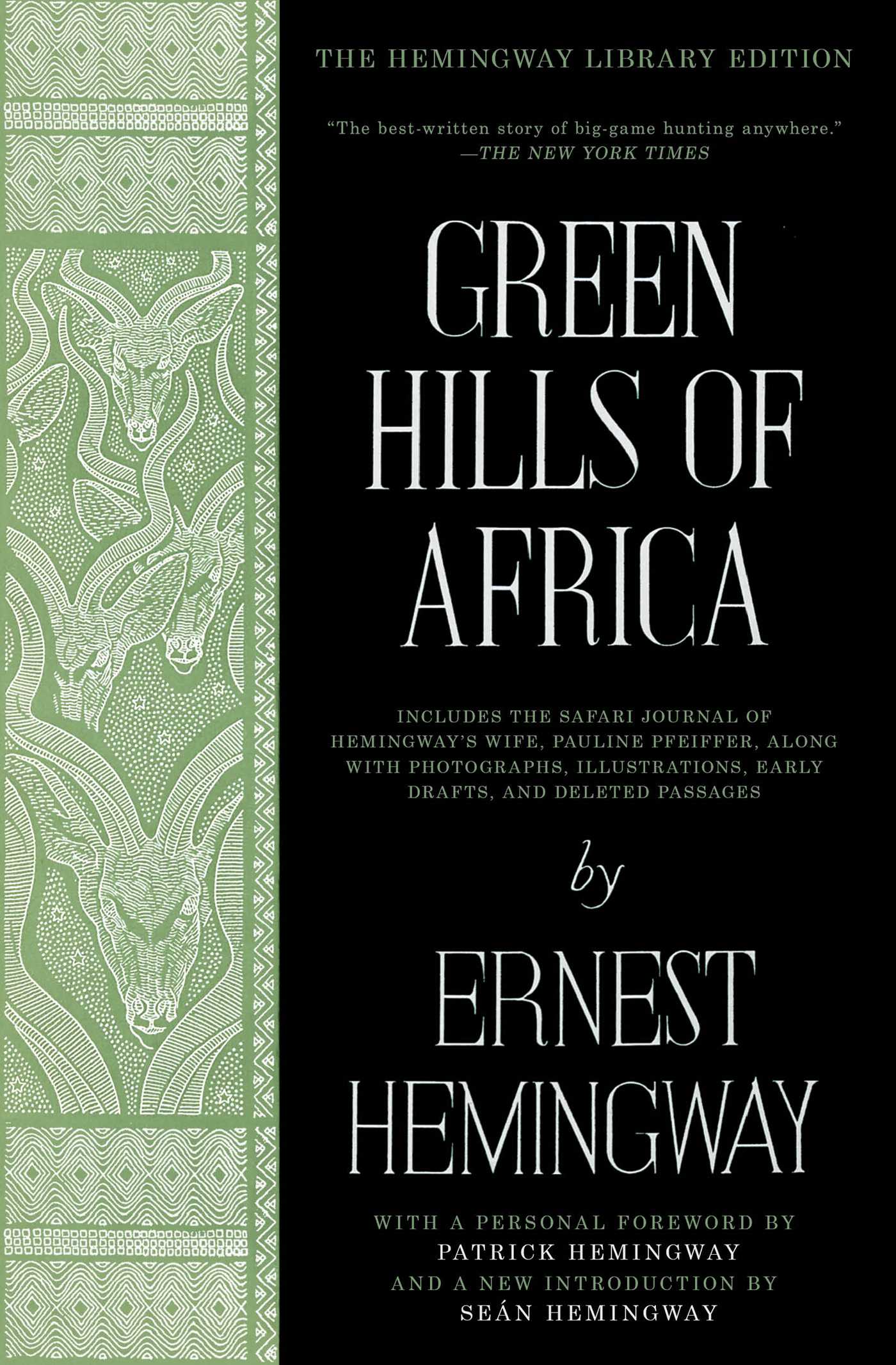 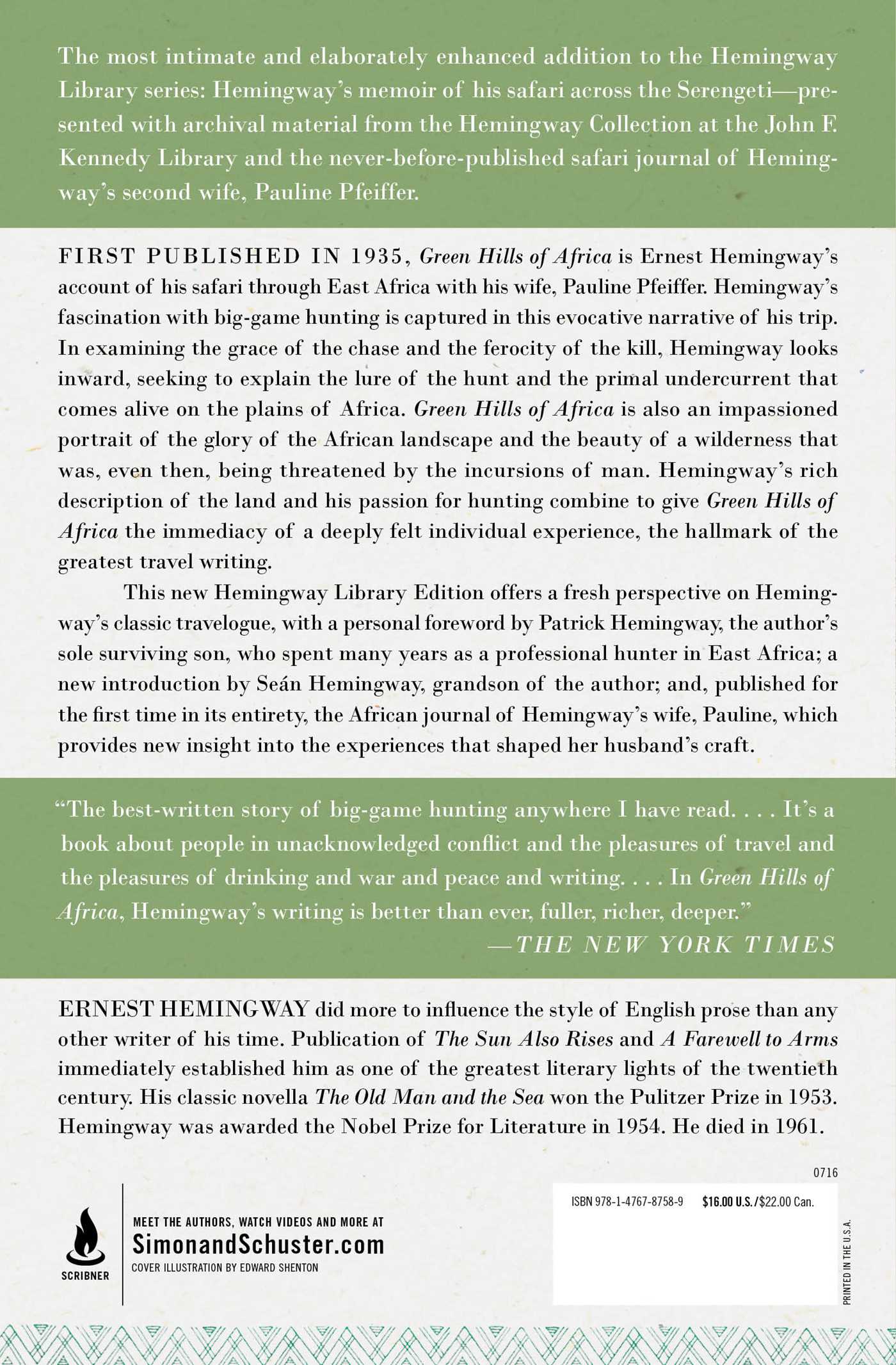 The most intimate and elaborately enhanced addition to the Hemingway Library series: Hemingway’s memoir of his safari across the Serengeti—presented with archival material from the Hemingway Collection at the John F. Kennedy Library and with the never-before-published safari journal of Hemingway’s second wife, Pauline Pfeiffer.

When it was first published in 1935, The New York Times called Green Hills of Africa, “The best-written story of big-game hunting anywhere,” Hemingway’s evocative account of his safari through East Africa with his wife, Pauline Pfeiffer, captures his fascination with big-game hunting. In examining the grace of the chase and the ferocity of the kill, Hemingway looks inward, seeking to explain the lure of the hunt and the primal undercurrent that comes alive on the plains of Africa. Green Hills of Africa is also an impassioned portrait of the glory of the African landscape and the beauty of a wilderness that was, even then, being threatened by the incursions of man.

This new Hemingway Library Edition offers a fresh perspective on Hemingway’s classic travelogue, with a personal foreword by Patrick Hemingway, the author’s sole surviving son, who spent many years as a professional hunter in East Africa; a new introduction by Seán Hemingway, grandson of the author; and, published for the first time in its entirety, the African journal of Hemingway’s wife, Pauline, which offers an intimate glimpse into thoughts and experiences that shaped her husband’s craft.

"[An] account of a hunting safari on the Serengeti Plains, a chronicle of adventure and a literary challenge Hemingway set up for himself. Anticipating by decades Truman Capote's 'nonfiction novel,' the classic 'In Cold Blood,' Hemingway wanted to prove that 'an absolutely true book' can 'compete with a work of the imagination.'"

“[Hemingway’s wife, Pauline’s] engaging, laconic observations offer yet another lens through which to witness Hemingway at large in the world, while also helping the reader gauge how much, or how little, Hemingway reshaped the reality of his experiences in order to express, to his own satisfaction, his fondness for the hunt, his affinity for the natural world, and his abiding love of ‘the dark continent’ itself....With its journal entries, an insightful foreword, and a moving introduction by Hemingway’s sons, and some charming ‘letters from Africa’ that Hemingway published in Esquire…the reissue of this book is an opportunity, a reminder, to dive in again to a title we probably haven’t thought about for years….Encountering the book again after all these years, it’s hard not to marvel, page after page, at Hemingway’s singular gift for pure, descriptive prose.”