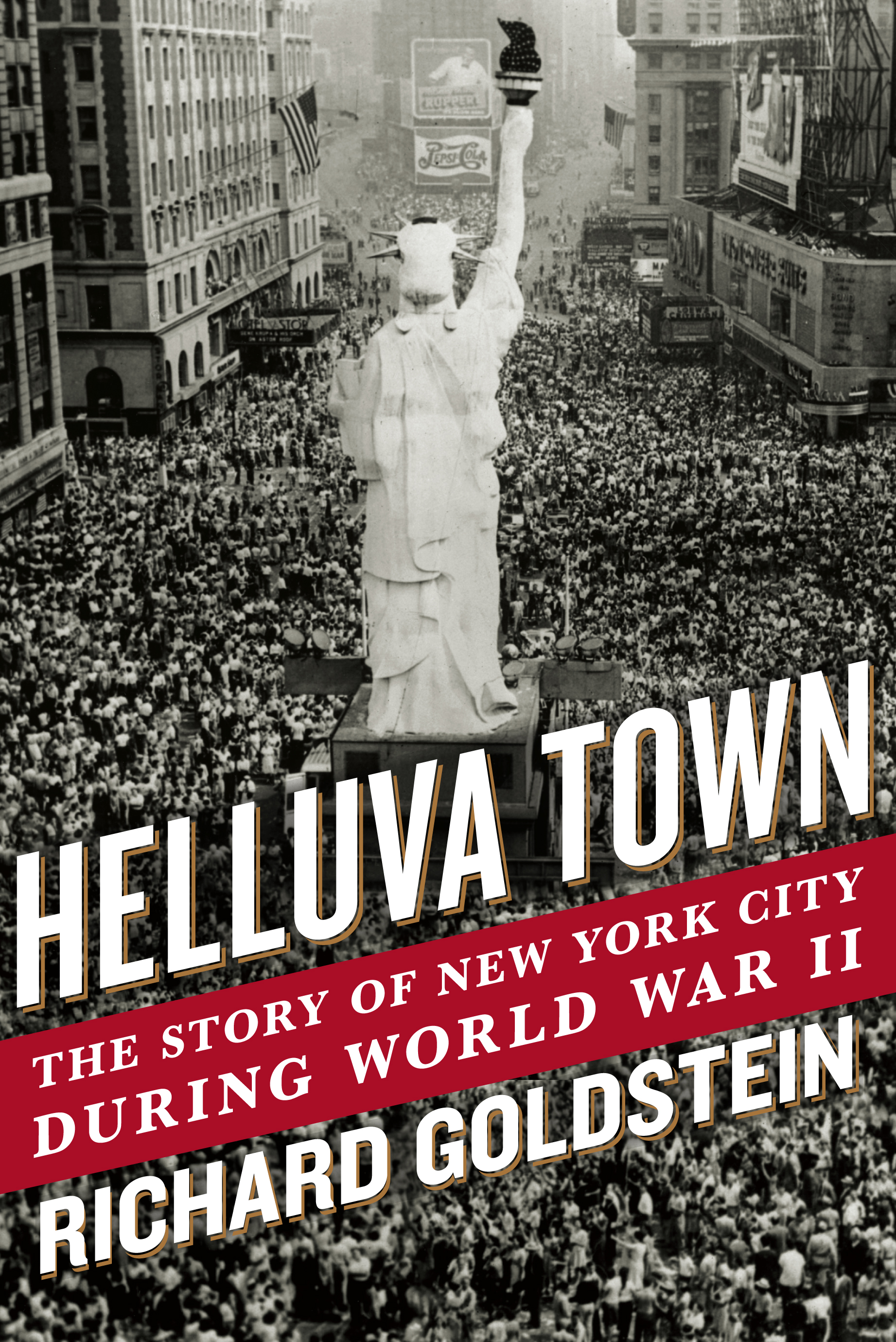 The Story of New York City During World War II

By Richard Goldstein
LIST PRICE $17.99
PRICE MAY VARY BY RETAILER

In the stirring signature number from the 1944 Broadway musical On the Town, three sailors on a 24-hour search for love in wartime Manhattan sing, "New York, New York, a helluva town."

The Navy boys’ race against time mirrored the very real frenzy in the city that played host to 3 million servicemen, then shipped them out from its magnificent port to an uncertain destiny. This was a time when soldiers and sailors on their final flings jammed the Times Square movie houses featuring lavish stage shows as well as the nightclubs like the Latin Quarter and the Copacabana; a time when bobby-soxers swooned at the Paramount over Frank Sinatra, a sexy, skinny substitute for the boys who had gone to war.

Richard Goldstein’s Helluva Town is a kaleidoscopic and compelling social history that captures the youthful electricity of wartime and recounts the important role New York played in the national war effort. This is a book that will prove irresistible to anyone who loves New York and its relentlessly fascinating saga.

Wartime Broadway lives again in these pages through the plays of Lillian Hellman, Robert Sherwood, Maxwell Anderson, and John Steinbeck championing the democratic cause; Irving Berlin’s This Is the Army and Moss Hart’s Winged Victory with their all-servicemen casts; Rodgers and Hammerstein’s Oklahoma! hailing American optimism; the Leonard Bernstein–Jerome Robbins production of On the Town; and the Stage Door Canteen.

And these were the days when the Brooklyn Navy Yard turned out battleships and aircraft carriers, when troopships bound for Europe departed from the great Manhattan piers where glamorous ocean liners once docked, where the most beautiful liner of them all, the Normandie, caught fire and capsized during its conversion to a troopship. Here, too, is an unseen New York: physicists who fled Hitler’s Europe spawning the atomic bomb, the FBI chasing after Nazi spies, the Navy enlisting the Mafia to safeguard the port against sabotage, British agents mounting a vast intelligence operation. This is the city that served as a magnet for European artists and intellectuals, whose creative presence contributed mightily to New York’s boisterous cosmopolitanism.

Long before 9/11, New York felt vulnerable to a foreign foe. Helluva Town recalls how 400,000 New Yorkers served as air-raid wardens while antiaircraft guns ringed the city in anticipation of a German bombing raid.

Finally, this is the story of New York’s emergence as the power and glory of the world stage in the wake of V-J Day, underlined when the newly created United Nations arose beside the East River, climaxing a storied chapter in the history of the world’s greatest city. 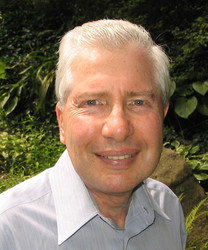 Richard Goldstein writes for The New York Times, where he also worked as an editor. His previous books include America at D-Day; Desperate Hours: The Epic Rescue of the Andrea Doria; Spartan Seasons: How Baseball Survived the Second World War; and Mine Eyes Have Seen: A First-Person History of the Events That Shaped America.

The Story of New York City During World War II

By Richard Goldstein
LIST PRICE $17.99
PRICE MAY VARY BY RETAILER