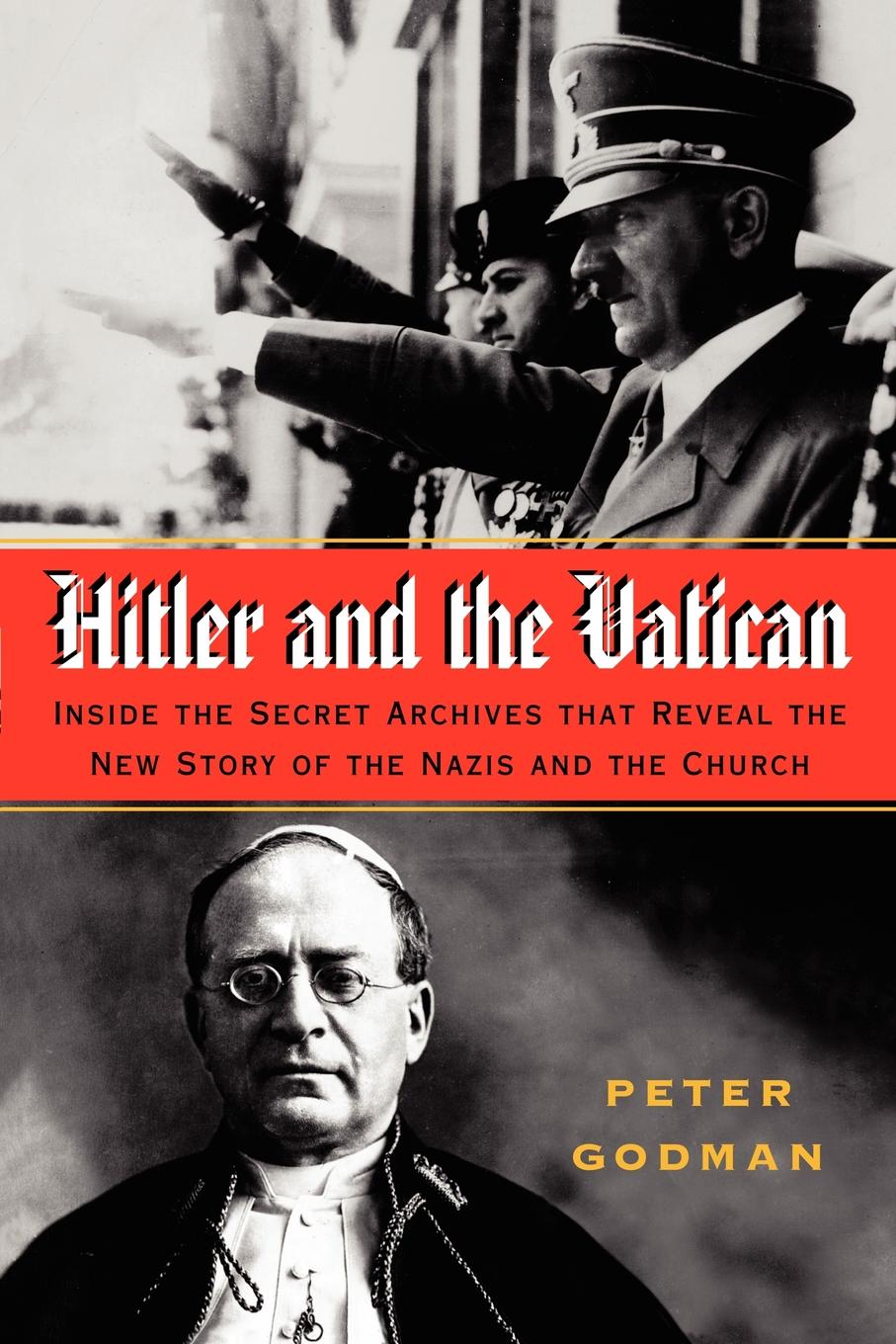 Hitler and the Vatican

For years, the policies of the Catholic Church during the rise and terribly destructive rule of the Nazis have been controversial. Pope Pius XII has been attacked as "Hitler's Pope," an anti-Semitic enabler who refused to condemn Nazism, much less urge Catholics to resist the German regime. The Church has been accused of standing by while the Nazis steadily revealed their evil designs. Yet all such arguments have been based only on sketchy evidence. The Vatican has kept its internal workings secret and locked away from scrutiny.

Until now. In February 2003, the Vatican opened its archives for the crucial years of the Nazi consolidation of power, up until 1939. Peter Godman, thanks to his long experience in Vatican sources and his reputation as an impartial, non-Catholic historian of the Church, was one of the first scholars to explore the new documents. The story they tell is revelatory and surprising and forces a major revision of the history of the 1930s. It is a story that reveals the innermost workings of the Vatican, an institution far more fractured than monolithic, one that allowed legalism to trump moral outrage.

Godman's narrative is doubly shocking: At first, the Church planned to condemn Nazism as heretical, and drafted several variations of its charges in the mid-1930s. However, as Mussolini drew close to Hitler, and Pope Pius XI grew more concerned about communism than fascism, the charge was reduced to a denunciation only of bolshevism. The Church abandoned its moral attack on the Nazis and retreated to diplomacy, complaining about treaty violations and delivering weak protests while the horrors of religious persecution mounted. As Godman demonstrates, the policies of Pius XII were all determined by his predecessor, Pius XI. The Church was misled not so much by "Hitler's Pope" as by a tragic miscalculation and a special relationship with the Italian government. Mussolini toyed with the Church, even proposing that Hitler be excommunicated. Yet in the end, when presented with further evidence of Nazi depredations, Pius XI could only comment, "Kindly God, who has allowed all this to happen at present, undoubtedly has His purpose."

Reproducing the key Church documents in full and quoting verbatim conversations between Pius XI and his bishops, Hitler and the Vatican is the most extraordinary look inside the secretive Vatican ever written.

Hitler and the Vatican