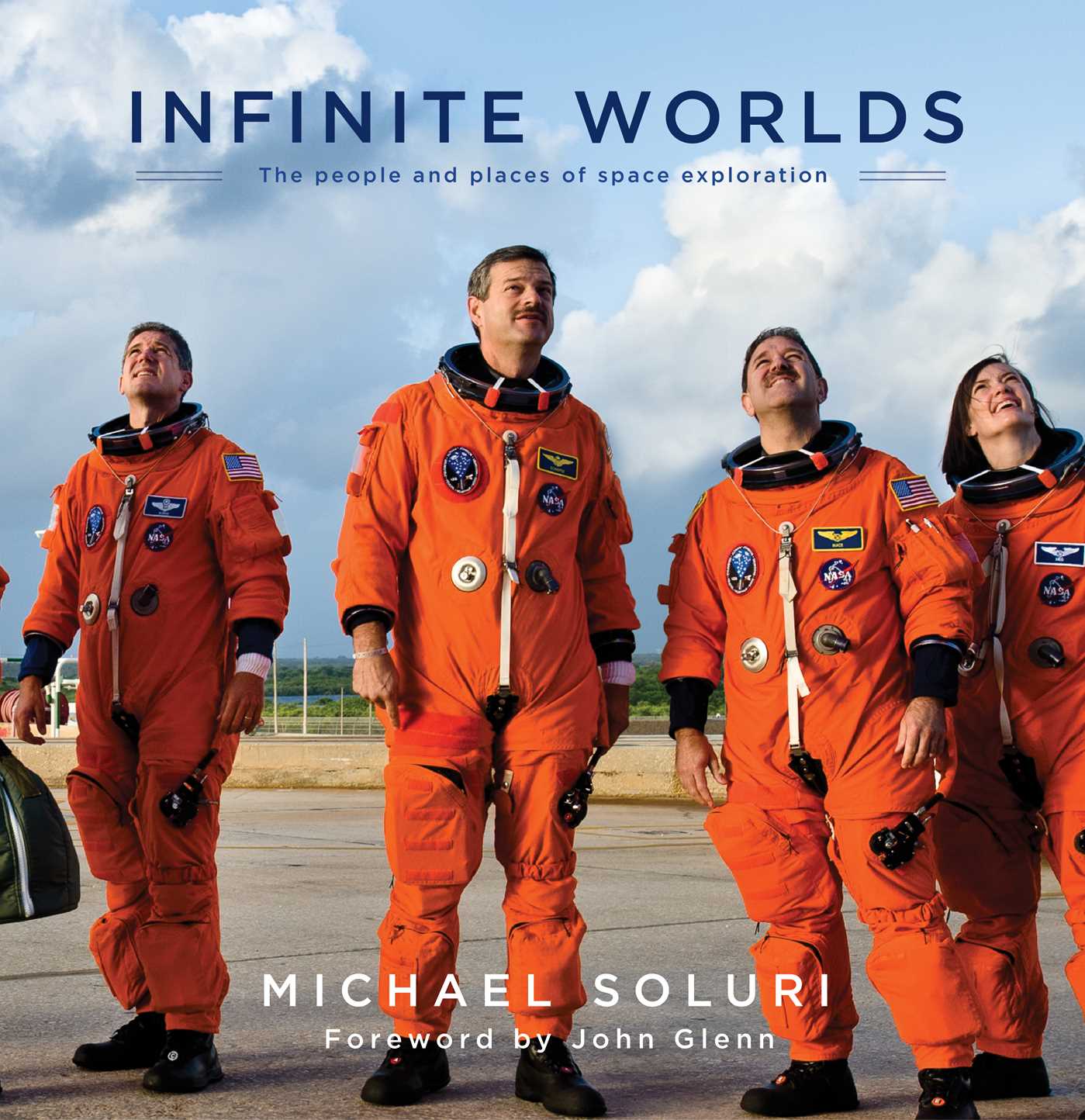 The People and Places of Space Exploration

A stunning, unprecedented collection of photographs and essays that goes behind the scenes at NASA, in which the humanity of the astronauts, engineers, scientists, technicians, and ground crews that contributed in saving the Hubble Space Telescope are revealed.

Michael Soluri has been photographing the people and places of space exploration for more than fifteen years. With the support of Discover magazine, NASA, and the astronaut crew, he was able to gain unfettered access to the multiple worlds of the historic, one-of-a-kind shuttle mission and tools that saved the Hubble Space Telescope. His friendship with the crew grew out of a chance meeting with Mike Massimino, one of the seven astronauts selected for the last-ever servicing mission to the Hubble. Intrigued by the possibilities, Soluri asked Massimino: “What is the quality of light really like in space?” While astronauts take photos in space all the time, Soluri was asked to coach this crew into making photographs that better communicate their experiences in space the way an artist does: as expressions of human curiosity and ambition, and the infinite worlds to which humankind aspires in exploring the universe.

Infinite Worlds is an exclusive and unscripted photographic documentary inside the world of three NASA flight centers in Maryland, Texas, and Florida. With the closing of the shuttle program, this is the first and last book of its kind. Designed with more than 400 gorgeous full-color and black & white photographs, it is woven with essays written by eighteen individuals from the human and robotic spaceflight labor force that participated in STS 125/SM4. Infinite Worlds will appeal not only to the space history buff and photography connoisseur, but also to the armchair astronomer, and families wanting an insightful and beautiful keepsake of the space shuttle and Hubble Space Telescope era. 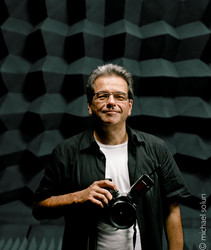 "STS-125 took place just five and a half years ago, but it now seems firmly a part of another era of spaceflight. A part of that era is expertly recorded, both in words and photos, in this book."

[Infinite Worlds is] an unparalleled love letter to the Space Shuttle era of NASA. Photographer Michael Soluri’s intimate images capture the bravery, the humanity, the hopes, dreams, trials and tribulations of all those involved. This marvelous body of work and the book's poignant essays serve to humanize the sometimes-inaccessible, unreachable and unrelatable world of space flight. And, of course, looking at photos of space stuff is always just really, really cool.

"These are more than just the space photos we have come to expect over the years. The images are truly space as fine art. Whether the photo is of an index card, a tool, or people doing their job, it is not just photos about the awe and wonder of space, it is a museum quality art exhibition and unlike any other coffee table book on space I have seen."

– Quest: The History of Spaceflight Quarterly

"Infinite Worlds reveals a side of space travel that most of us would never otherwise see, including the training sessions, tools, and trials that make success possible.... The beautiful photographs in Soluri’s book tell two kindred stories: not only the heroic report of repairing a multi-billion dollar piece of equipment, but also a unique glimpse at the inspiring men and women who made it all possible.

"Infinite Worlds is a unique photographic chronicle of NASA’s 2009 space shuttle mission to repair the Hubble Space Telescope. That may sound like a more limited theme, but Infinite Worlds is every bit as grand as its title suggests.... Even the photo essay at the book’s core is expansive and unexpected. Soluri’s roving lens captures rarely seen aspects of astronaut training"

"It’s lucky for us (and the rest of the world) that photographer Michael Soluri managed to secure three years of access to document the astronaut crew, labor force, and one-of-a-kind tools that framed the last (and the riskiest) shuttle mission to the Hubble Space Telescope in 2009.... Beautiful."

"Soluri attempted to capture the daily details of the people working under this great weight of purpose to show that they are just people: Altman flew planes in Top Gun (1986) and is proud of the fact that his pinky finger makes an on-camera appearance; Rezac once wanted to be a DJ. Soluri documented this humanity in fleeting moments, creating both a tension and drama with images of the everyday objects, from glove fittings to coffee cups."

The People and Places of Space Exploration