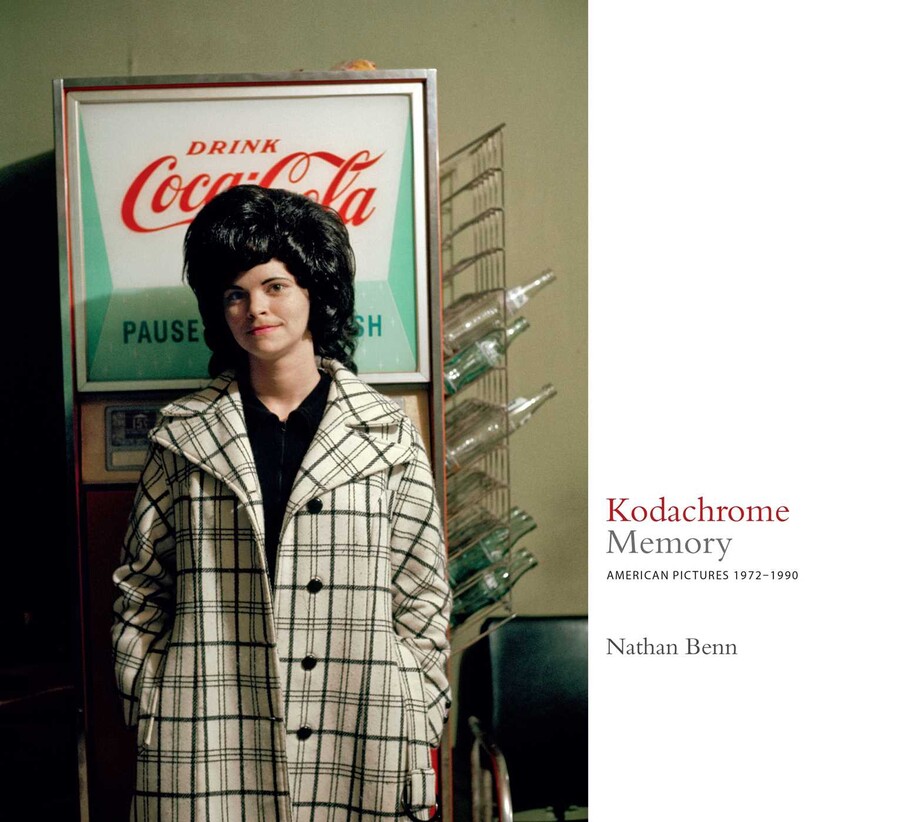 As America huffed its way to the end of the '70s, a change more profound than any one cultural trope's evolutionary death knell was taking place. Perceptively distilled in a new volume of photographs by longtime National Geographic shooter Nathan Benn, Kodachrome Memory: American Pictures 1972-1990 depicts an America of boisterous legend and vibrant regionalism, teetering on the cusp of the coming Information Age's great cultural flattening.

Nathan Benn embraced color photography before it was considered an acceptable medium for serious documentary expression, traveling globally for National Geographic magazine for two decades. In revisiting his archive of almost half a million images, and editing his photographs with a 21st-century perspective, he discovered hundreds of unpublished American pictures that appeared inconsequential to editors of the 1970s and 1980s, but now resonate-in beautiful Kodachrome color-with empathic perspectives on everyday life in forgotten neighborhoods.

Kodachrome Memory exemplifies forthright storytelling about everyday people and vernacular spaces. The photographs, organized by geographic and cultural affinities (North East, Heartland, Pittsburgh, and Florida), delight with poetic happenstance, melancholy framing, and wistful abandon. The past, an era heavily eulogized, comes alive again in its deliciously homely demeanor, and glorious Kodachrome hues. Yes, this is your father's America. An essay by scholar Paul M. Farber contextualizes the creation and selection of these images, offering a fresh perspective about color photography on the eve of the digital revolution.

"Mr. Benn's [Kodachrome Memory] is a study of regional texture, the fruit of two decades as a photographer for National Geographic. Mr. Benn's unshowy compositions and the rich, clear colors of his Kodachrome slide-film make his images seem both timeless and particular."
-The Wall Street Journal

"Kodachrome Memory celebrates the significance of American regional diversity as it was 30 or 40 years ago, before the advent of Internet culture and before the country became one vast strip mall stretching from sea to sea. The seemingly inconsequential subjects of Benn's photographs-which are keenly observed and evocative of a time and place-act as metaphors for American culture and values. Although much of Benn's work was done for a magazine and not gallery walls, his use of color throughout holds its own with artists of the period such as William Eggleston and Stephen Shore."
-Richard Buckley

"Even if you've never seen Nathan Benn's photographs from the 1970s, they feel somehow familiar-like the refrain of a half-remembered song. With a uniquely American mix of formality and ease, and a color palette so tart you can almost taste it, Benn makes the past vividly-even painfully-present. So there's nothing nostalgic about his pictures of parades, homecomings, and town meetings, juke joints and barbershops, front porches and back roads, because you are there. Maybe that's why Kodachrome Memory: American Pictures 1972-1990 feels like an instant classic."
-Vince Aletti