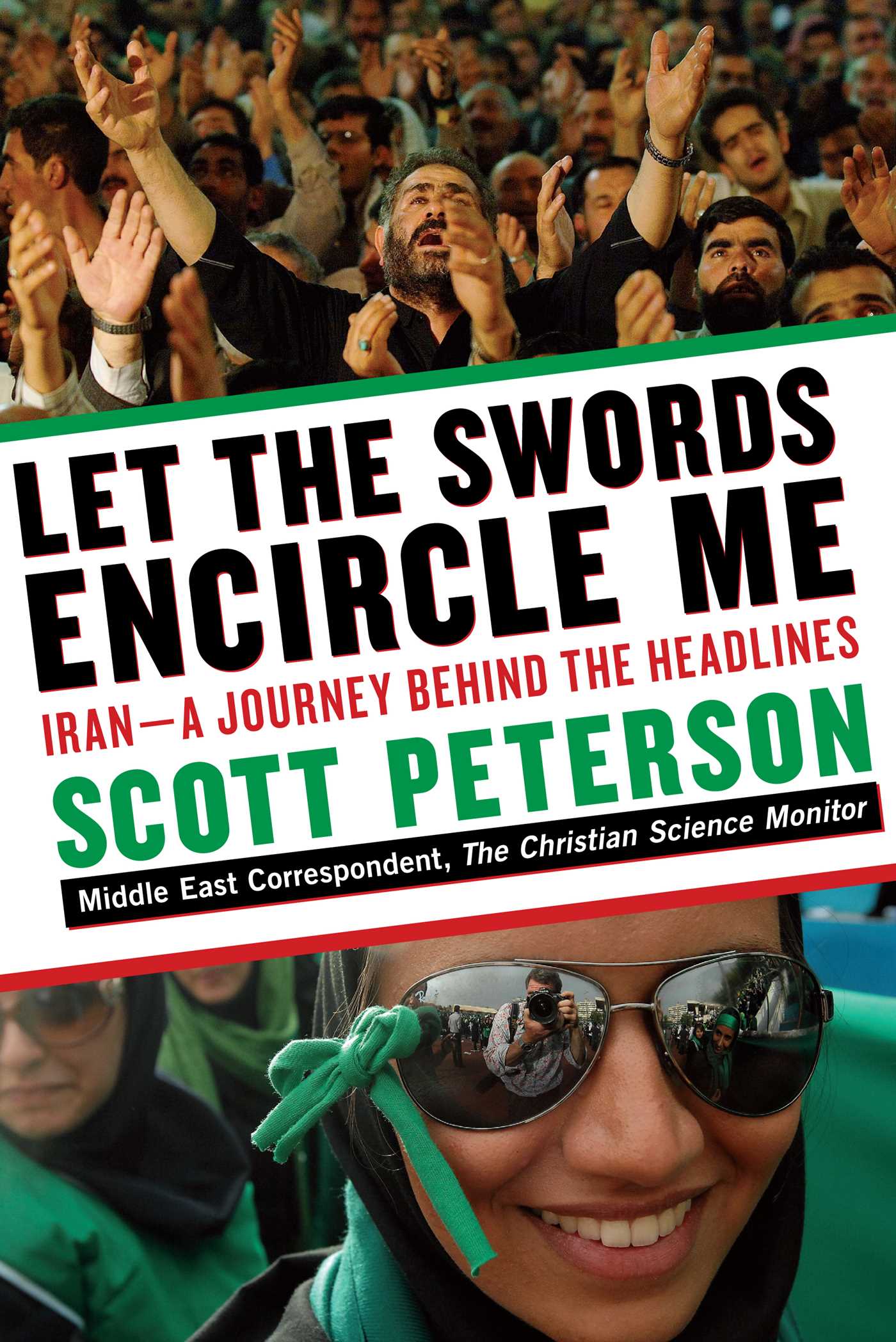 Let the Swords Encircle Me

Iran--A Journey Behind the Headlines

By Scott Peterson
LIST PRICE $29.99
PRICE MAY VARY BY RETAILER

NO OTHER COUNTRY SO DOMINATES THE HEADLINES: Iran is portrayed as a nuclear threat, a terrorist nation, a charter member of the Axis of Evil bent on the destruction of Israel. But behind those headlines—and the fierce rhetoric of Iran’s most hard-line leaders—is a proud nation with a 2,500-year history of Persian poetry, art, and passion.

Based on more than thirty extended reporting trips to Iran, including the turbulent aftermath of the disputed June 2009 election, Scott Peterson’s portrait is the definitive guide to this enigmatic nation, from the roots of its incendiary internal struggles to the rise and slide of Iran’s earthshaking 1979 Islamic Revolution.

This prize-winning American journalist with unparalleled experience in Iran takes us there, inside a country where an educated and young population is restlessly eager to take its place in the world; where martyrs of the "sacred" Iran-Iraq War are still mourned with tears of devotion; where the cultural and religious forces of light and darkness are locked in battle. Peterson brings stunningly alive the diversity within Iran—from the hard-liners who shout "Death to America" to the majority who comprise the most pro-American population in the Middle East.

Let the Swords Encircle Me gives voice to Iranians themselves—the clerics and the reformers, the filmmakers and the journalists, the True Believers and their Westernized and profane brethren—to understand the complexities of Iran today. Through dedicated and in-depth reporting, Peterson shows how every word, image, and sensibility in Iran is often deliciously unexpected and counterintuitive. Ideology matters. So does "resistance." And azadi: freedom.

Peterson deftly holds a mirror up to both sides of the U.S.-Iran conflict. Americans and Iranians, he writes, share a belief in their own exceptionalism and "manifest destiny" (which for Iran includes its nuclear ambitions) and frequent need of an "enemy" in political discourse. The same elements that have locked the United States and Iran in the most vicious of struggles—stretching back to the 1953 CIA coup in Tehran and the 1979 U.S. Embassy hostage saga—are the same ones that could one day make Iran and the United States the most "natural" allies in the region.

In this critical and personal account, Peterson illumines the latest episodes of Iran’s century-old quest for democracy and freedom. He explains how the Islamic Revolution—launched as a beacon of justice and resistance for Iranians and all the world’s Muslims—has not lived up to its ambitious promise. He shows how the violence of 2009 damaged the regime’s legitimacy and marks the start of an irreversible decline.

Let the Swords Encircle Me takes us into the minds and hearts of Iranians today, and will be a crucial guide as Americans and Iranians attempt to overcome their bitter estrangement. 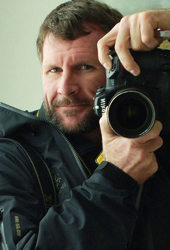 Selected as one of the "Best Books of 2010" by Publishers Weekly: "A veteran reporter on the region brings us the best account we have of Iran—its rich history, artistic legacies, profound internal contradictions—in a copious, balanced, and readable narrative."

"From sweaty political rallies in dusty provincial mosques, to vast cemeteries dedicated to Iran's war dead, from the tea and macaroons of government offices, to the private thoughts of a necessarily very private people, Peterson brings a living, breathing, all-too human Iran into the reader's hands, and one emerges with a sense of having gained intimate knowledge of, and compassion for, a place too often treated as inscrutable.

"Nothing in these 600 pages is superfluous; all of it is fascinating."

"A panoramic page-turner.... Peterson has fashioned recent history into an enthralling saga, infused with suspense and tragedy, and featuring a cast of recurring characters whose unfolding fates offer more than a few surprises....

"The picture of Iran that emerges in the course of Let the Swords Encircle Me is much more complex than that held by most Westerners, but rather than lecturing his readers to this effect, Peterson embeds this truth in the irresistible momentum of his story. As the hard-liners grow ever more oppressive and the 2009 election approaches, you know what's coming, and like a good novelist, Peterson has kept every thread in play....

"There's a Tolstoyan panorama to Let the Swords Encircle Me that's likely to have readers checking the newspaper each day in a fever to find out what happens next."

LET THE SWORDS ENCIRCLE ME

“Journalist Scott Peterson has written a marvelous chronicle of Iran’s policies and politics. Drawing on an unparalleled body of interviews with both the mighty and the powerless, he paints a picture of the country in all its fascinating complexity and color. Peterson is a persistent and sympathetic interviewer, but he is also a sophisticated observer of Iranian history and politics. There is simply no better portrait of the tumultuous past fifteen years in Iran—from the intrigues at the top, to the attitudes of ordinary people trying to live their lives in the turmoil of the Islamic Republic.”

“Deeply researched, fair-minded, and scrupulous, Scott Peterson’s Let the Swords Encircle Me is foreign-correspondent journalism at its highest level.”

--Alan Furst, author of Spies of the Balkans and The Foreign Correspondent

“This insightful and thoughtful exploration of Iran’s revolution comes at a critical juncture. Drawing on 15 years of travel throughout the Islamic republic, Peterson provides an insider’s tour of the people and issues that have made Iran one of the most fascinating and frustrating countries in the world for three decades.”

--Robin Wright, author of Sacred Rage and Dreams and Shadows

“With amazing access and dogged persistence, Peterson penetrates deeply into one of the world’s most inscrutable regimes. His reporting is fast-paced, detailed and timely. A must read to understand where Iran is headed, and why.”

“A fascinating and nuanced account of life in contemporary Iran; the veteran journalist Scott Peterson has drawn on years of experience to provide a detailed yet personal account of political and social developments in modern Iran with particular attention to the rise of the hard line conservative movement under Mahmoud Ahmadinejad. His account of the presidential election of 2009 is especially gripping and essential reading for all those who want to understand and appreciate the depth of the political crisis facing the Islamic Republic. An extraordinary achievement.”

“With a superb journalist’s sense of narrative and a scholar’s mastery of the subject, Scott Peterson gives us a searing insight into one of the most complex, mysterious, and dangerous regimes on earth. A book that should be on the desk in the Oval Office.”

“In a wonderful and detailed account, Peterson presents a unique perspective on Iran that weds geopolitical maneuverings with intimate conversations with the man on the street in Iran. Few people in America have had Peterson’s access to both ordinary Iranians as well as their rulers. This is a book that should be read by anyone who wishes to understand this ancient civilization.”
--Trita Parsi, president, National Iranian American Council

“Incisive, humane, and full of vivid reportage . . . perhaps the best account we have of Iran’s complex, embattled reality.”

Let the Swords Encircle Me

Iran--A Journey Behind the Headlines

By Scott Peterson
LIST PRICE $29.99
PRICE MAY VARY BY RETAILER