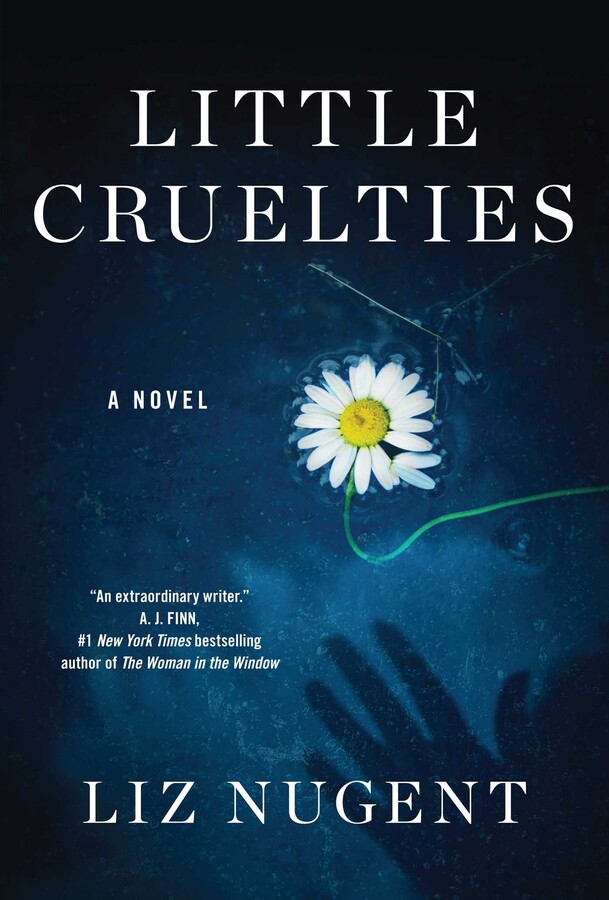 By Liz Nugent
LIST PRICE $9.99
PRICE MAY VARY BY RETAILER

Hailed by #1 New York Times bestselling author A.J. Finn as “a dark jewel of a novel,” Liz Nugent’s new work of fiction follows three Irish brothers, and delves into the many ways families can wreak emotional havoc across generations.

All three of the Drumm brothers were at the funeral.
Only one of us was in the coffin.

William, Brian, and Luke: three boys bound by blood but split by fate, trained from birth by their wily mother to compete for her attention. They play games, as brothers do...yet even after the Drumms escape into the world beyond their windows, those games—those little cruelties—grow more sinister, more merciless, more dangerous. And with their lives entwined like the strands of a noose, only two of the brothers will survive.

Crisply written and quickly paced, perfect for readers of both sophisticated literary fiction and breathtaking suspense, Little Cruelties gazes unflinchingly into the darkness: the darkness collecting in the corners of childhood homes, hiding beneath marriage beds, clasped in the palms of two brothers shaking hands. And it confirms Liz Nugent, whose novels have been celebrated as “captivating” (People) and “highly entertaining” (The Washington Post), as one of the most exciting, perceptive voices in contemporary fiction. 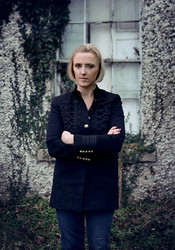 Liz Nugent has worked in Irish film, theater, and television for most of her adult life. She is an award-winning writer of radio and television drama and has written critically acclaimed short stories both for children and adults, as well as the bestselling novels Unraveling Oliver and Lying in Wait. She lives in Dublin. Visit her at LizNugent.ie or follow her on Twitter at @Lizzienugent.

“A dark jewel of a novel, fire flickering in its depths and light lining its edges. . . . No other crime novelist of the past decade has rivaled Patricia Highsmith, Ruth Rendell, or Gillian Flynn. [Little Cruelties is] a tragedy of evil power, crisply written and quickly paced; above all, [it’s] a thriller, swift and exciting and built like a carnival house, all false walls and trapdoors.”
— A.J. FINN, #1 New York Times bestselling author of The Woman in the Window

“Brilliant, engrossing. . . . No one explores the territory between human frailty and madness better than Liz Nugent. Little Cruelties is superb.”
— SHARI LAPENA, author of Someone We Know

“Artfully constructed . . . The author’s skillful telling of this multigenerational tragedy has the riveting power of an imminent car crash.”
— Publishers Weekly

“The warring siblings of Succession come to mind in the description of Nugent’s latest intrigue, except these brothers are competing for the affection and attention of an imperious matriarch. The narrative flashes back and forth to crucial incidents in the 1970s and 1980s—their teen years—in this delicious psychological suspense. The question is, when all three are unreliable narrators, whose story do you believe?”
— Zoomer

“Nugent’s books exist at that very particular crossroads of horror and psychological thriller where the horror exists in the cruelty of human relationships themselves. . . . The sociopathy of characters is as much rooted in the repressed culture of 1980s Ireland as in the figures themselves. No one is rotten to begin with, Nugent knows, but she won’t let us look away from how truly rotten some of us become.”
— CrimeReads

“Just as sharp and intelligent as Liz Nugent’s previous releases. . . . This book will get under your skin with the everyday evils it depicts.”
— Crime by the Book

“Riveting . . . Melds a hardboiled story with a family drama, leading to a tragedy that will define another generation.”
— Shelf Awareness

“Nobody is a mere cliché in Nugent’s clear, propulsive writing, and the author masterfully unveils the damage and hurt behind every motivation, and the petty resentments, delusions, and carelessness that lie behind every nick and cut the family members inflict upon one another over the four decades of her tale.”
— The Sunday Times

“A carefully nuanced dark exploration of the old adage ‘blood is thicker than water.’ Absolutely riveting, the book proves once again that Nugent deserves her fellow authors’ opinions of her as a truly outstanding writer.”
— The Independent

By Liz Nugent
LIST PRICE $9.99
PRICE MAY VARY BY RETAILER