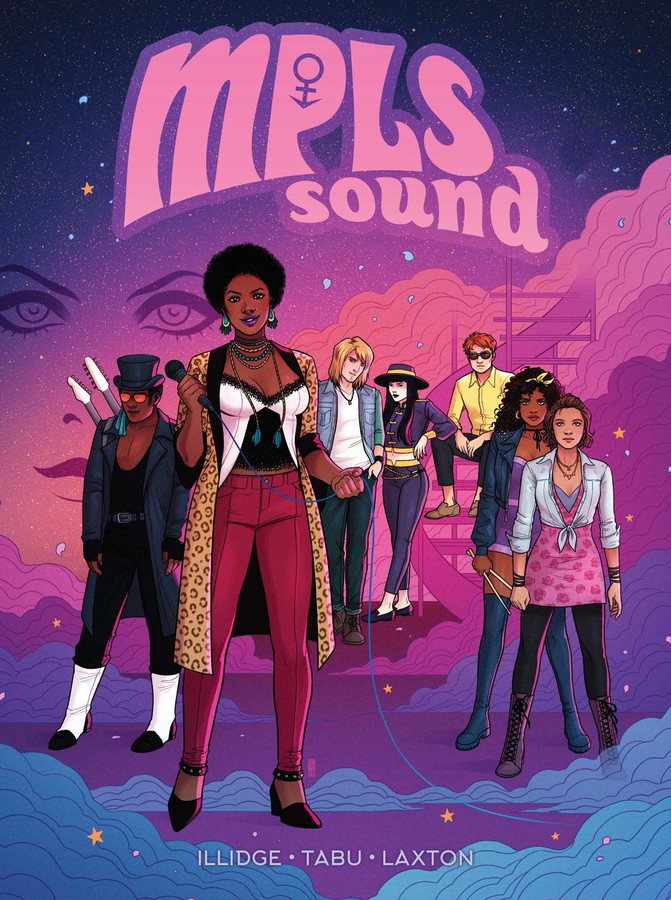 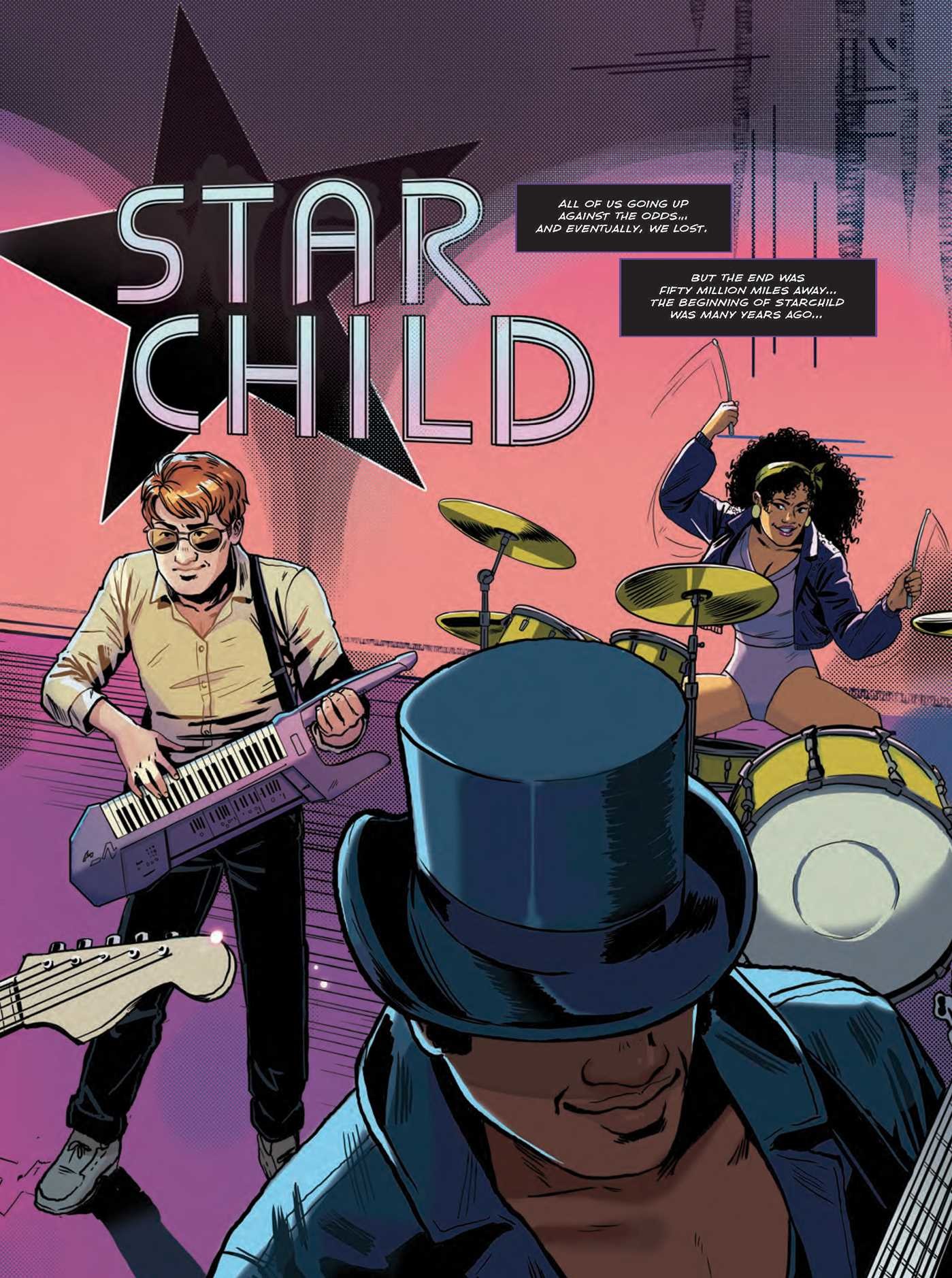 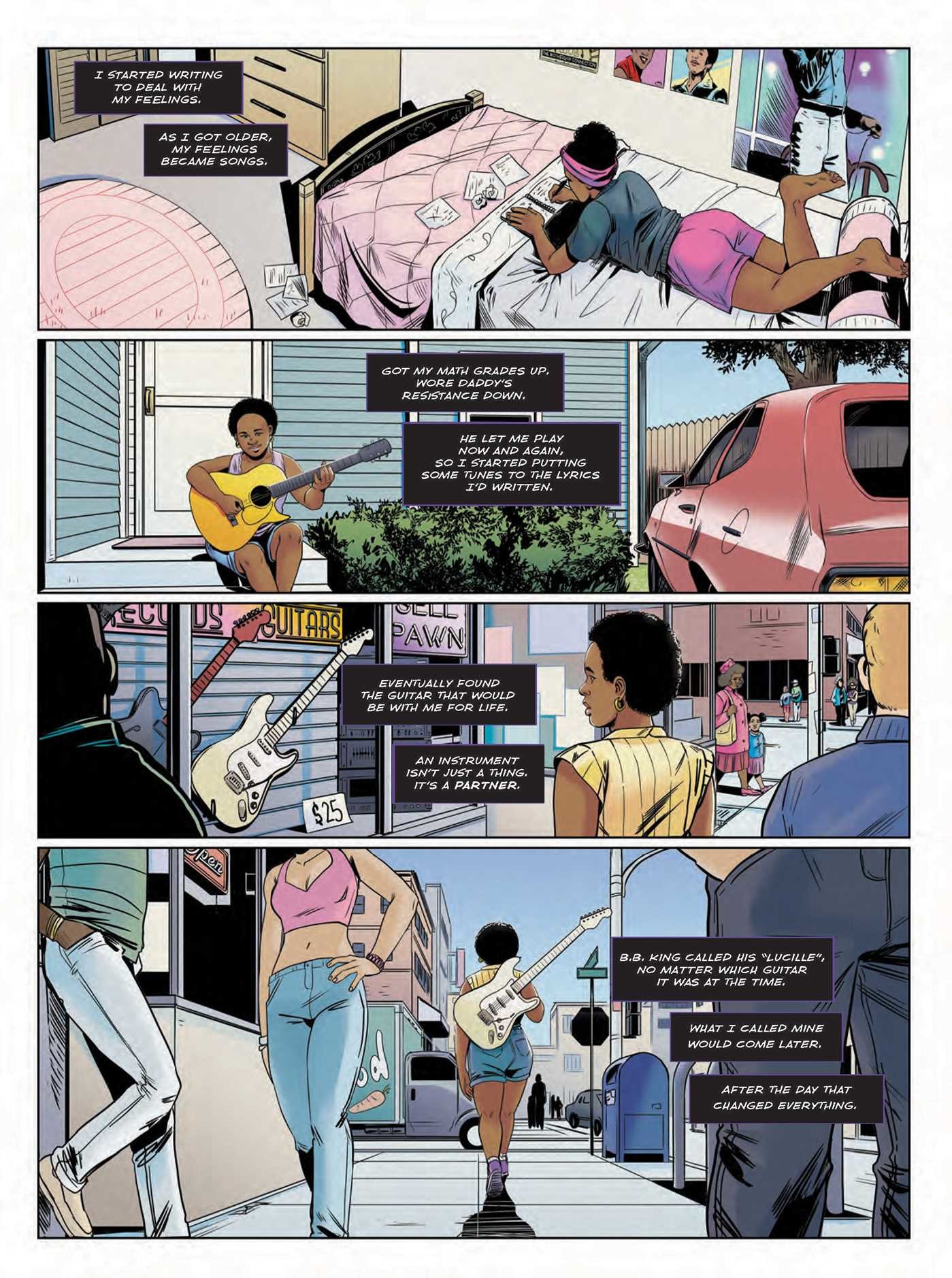 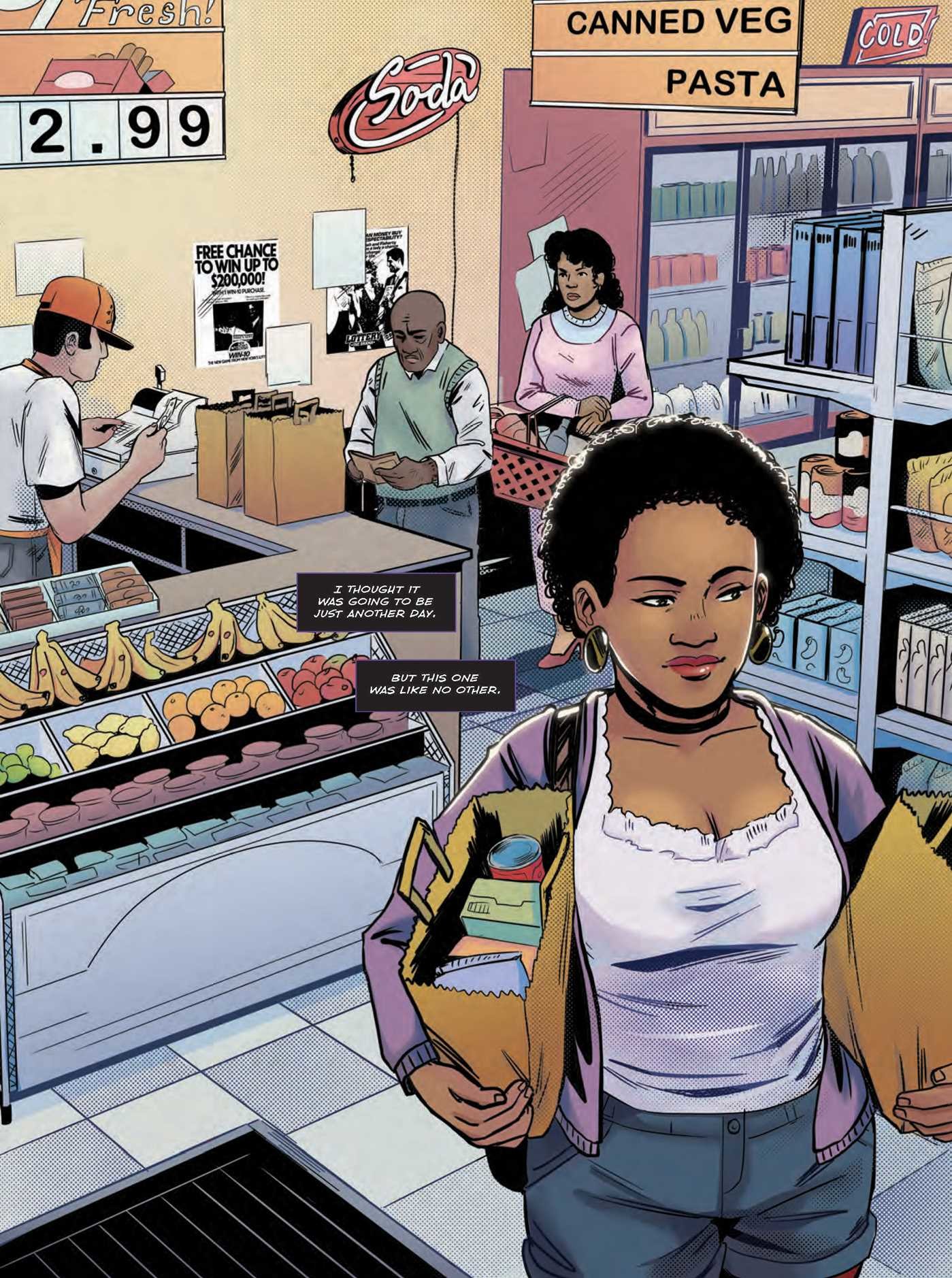 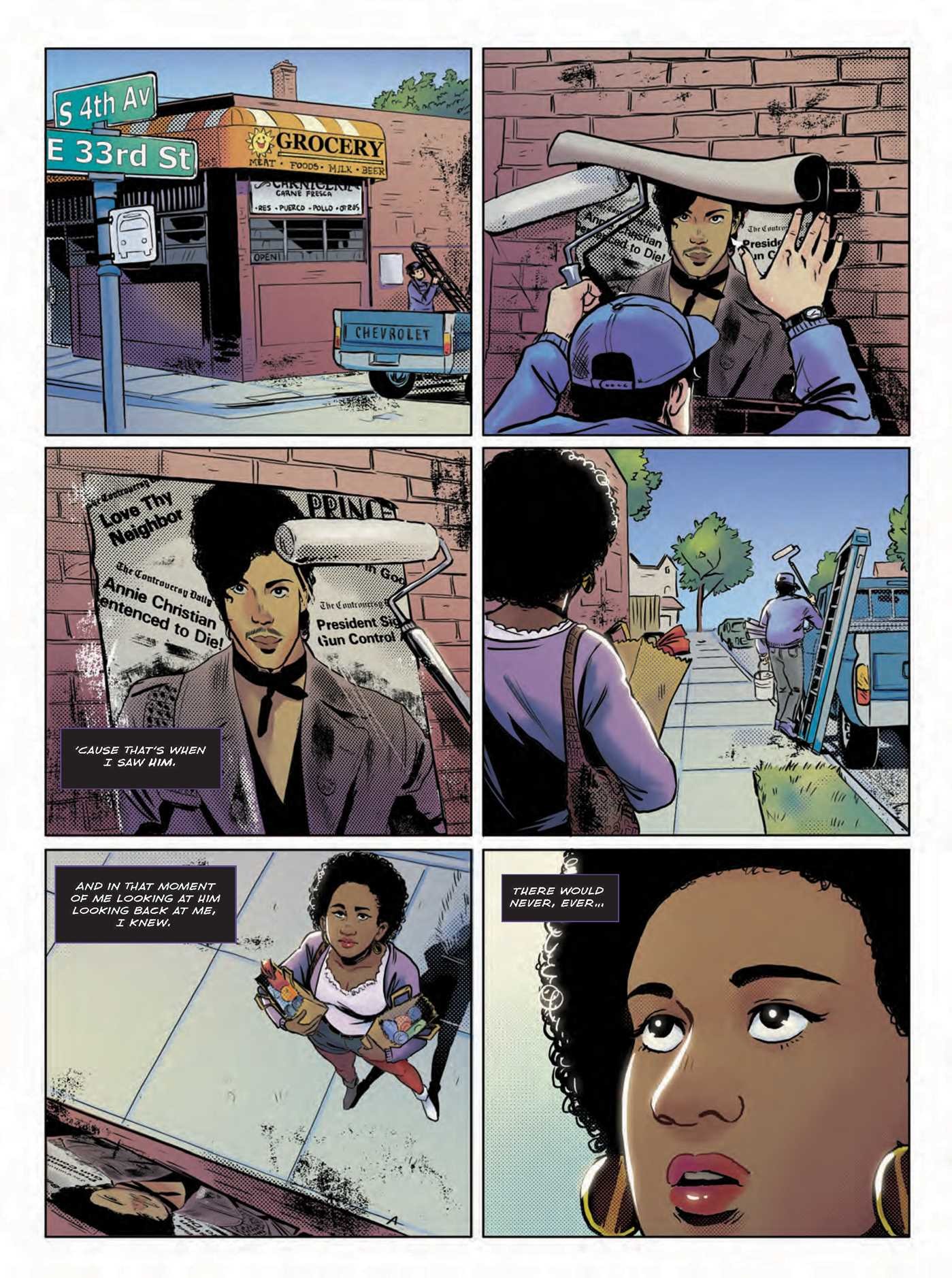 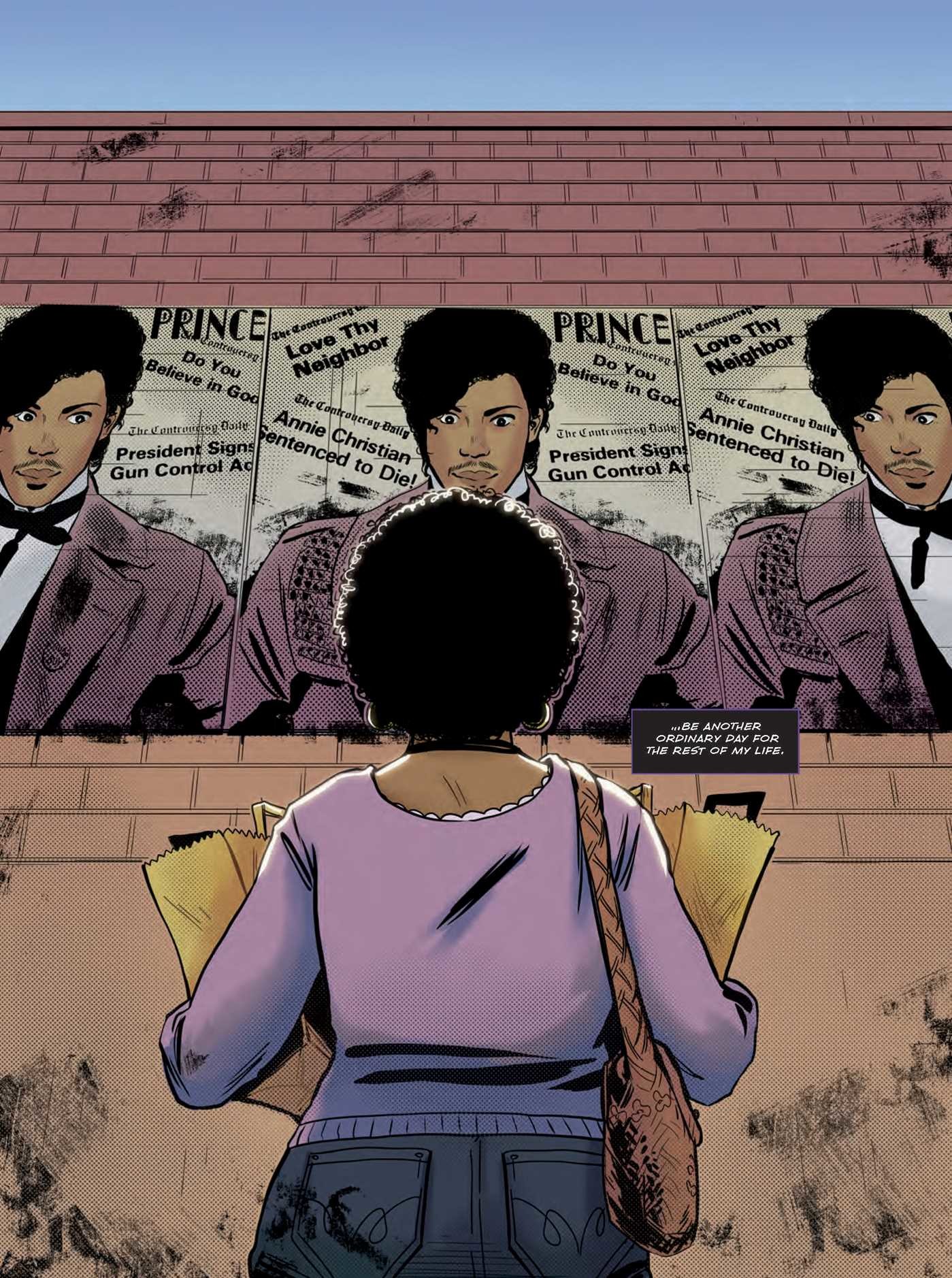 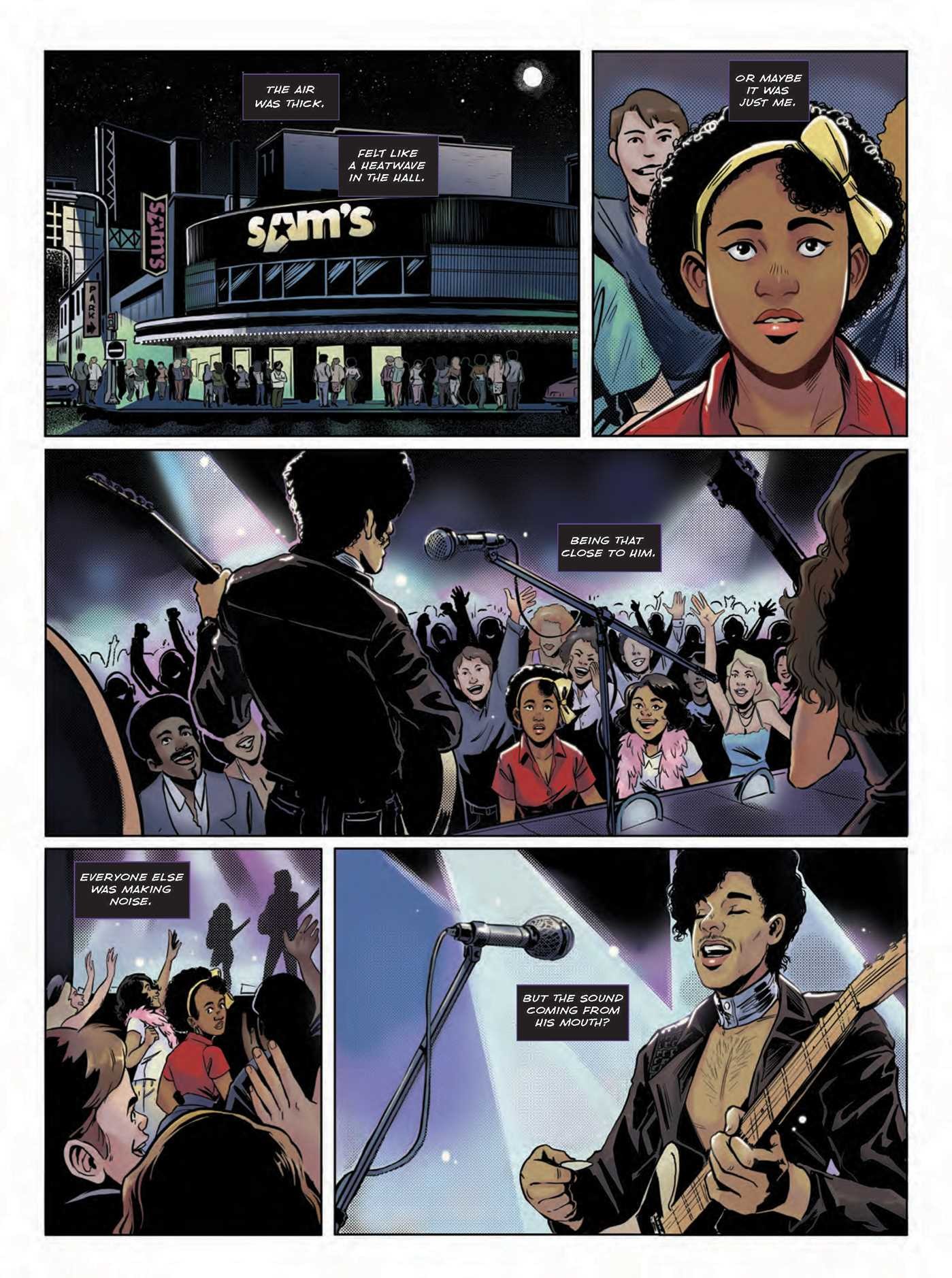 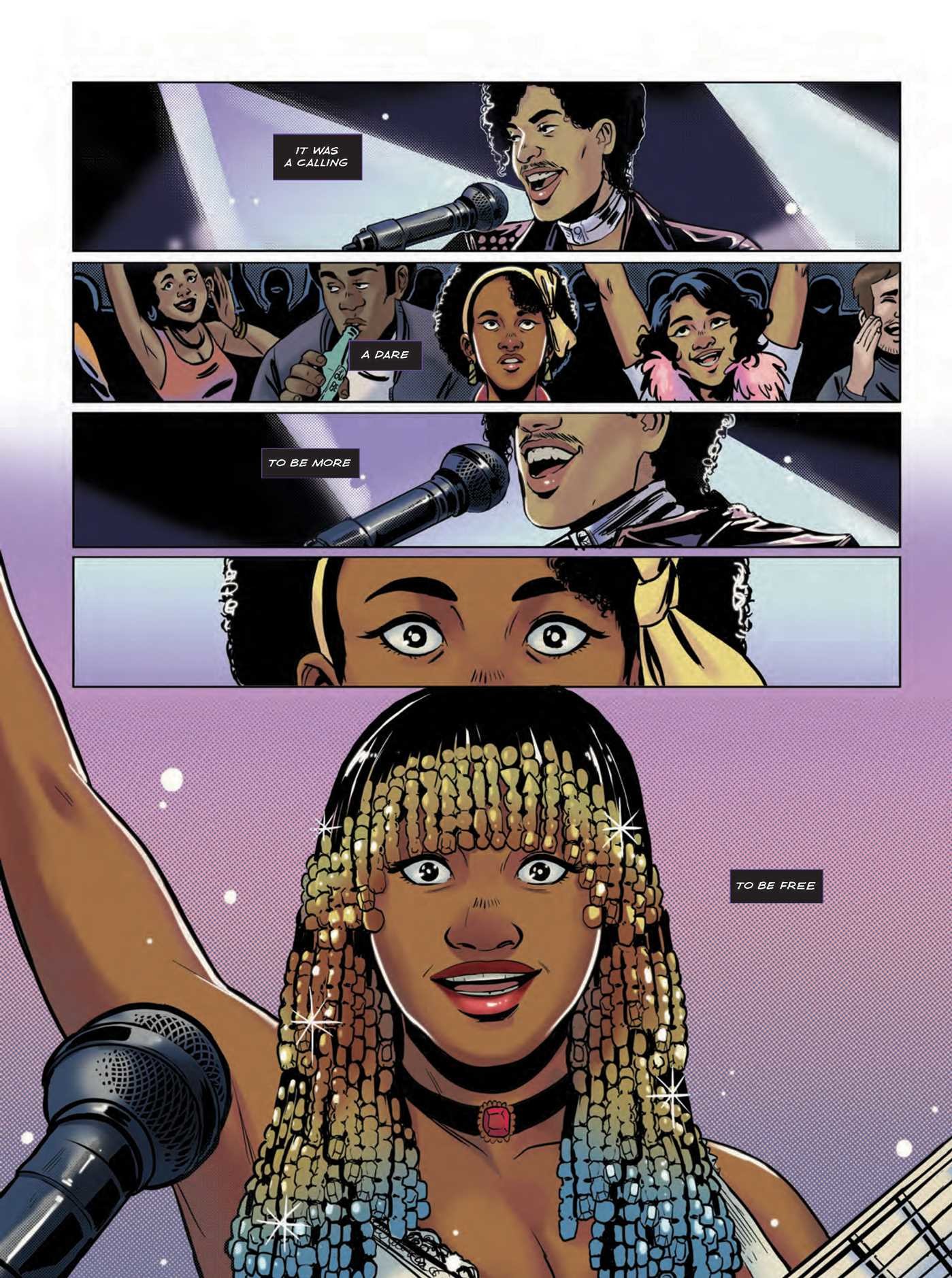 The ultimate love letter to the funky pop-rock sound that made The Artist Formerly Known as Prince a legend.

When Prince burst onto the pop scene in 1978, he put Minneapolis on the music map. Many up-and-coming bands followed the trail that he blazed. MPLS Sound is the story of one such group—Starchild, led by a young woman inspired by Prince to start her own revolution. Through her journey, we see from within exactly how His Royal Badness transformed the entire Minneapolis scene.

Hannibal Tabu is a son, brother, husband, uncle, father and friend. He lives in southern Los Angeles with his wife and two daughters. He's a professional writer, editor, project manager and web producer, working with companies as varied as AOL, Quicken.com, Toyota Motor Sales, Express.com, California Association of REALTORS, Kaiser Permanente, Disney Channel, eHobbies/NextPlanetOver.com and American Honda. He's worked for more than two decades as a journalist, being published in Vibe, The Source, Rap Pages, Black Enterprise, The Los Angeles Sentinel, and on MTV Online. Hannibal has been writing since he was eight (when he wrote a truly atrocious novel about a very petty pantheon of gods), and has seen his poetry published in The Drumming Between Us, Voices From Leimert Park, Drumvoices Review, (Sic) Vice Verse, MultiVerse and other journals and anthologies. Former editor-in-chief of the Los Angeles Herald-Dispatch group of newspapers, Hannibal is also the author of novels THE CROWN: ASCENSION and FARAWAY (both available on Amazon, Barnes & Noble & Smashwords) and the upcoming sci fi political thriller ROGUE NATION. He won the 2012 Top Cow Talent Hunt and has written for Image Comics, Wunderman Comics, Legends Press, Aspen Comics, Canon Comics, Stranger Comics, and New Paradigm Studios. Hannibal writes The Buy Pile, a weekly comics reviews column for Comic Book Resources (http://cbr.cc) and can be found online at http://hannibaltabu.com.

Joseph Illidge is a publishing executive, editorial director, creative showrunner, writer, and public speaker. His career in the publishing and media industries includes groundbreaking work for DC Entertainment, Heavy Metal, Valiant Entertainment, and various companies dedicated to storytelling narratives and their creators. His media coverage includes The Hollywood Reporter, Entertainment Weekly, The Washington Post, The New York Times, CNN Money, BBC, and Publishers Weekly. Joseph has been a speaker at the San Diego Comic-Con, The Apollo Theater, Purdue University, John Jay College of Criminal Justice, Skidmore College, The School of Visual Arts, the Schomburg Center for Research in Black Culture, The Center for Fiction, and The San Francisco Public Library. Joseph was the Keynote Speaker at the C3 Comic Creator Conference in Long Beach, CA.

Meredith Laxton is a freelance illustrator from the capital of North Carolina. She has long been inspired by the storytelling of comics and tabletop RPGs. Her background in multimedia design and animation has aided her art career in the indie gaming scene with companies like Puny Human Games and InXile entertainment. Nowadays, Meredith resides in Savannah, Georgia, where she received her M.F.A. in Sequential Art.

“A love letter to music and artistic creativity more broadly. It’s beautiful and unapologetically queer, Black, and brown, rejecting the notion that it needs to be quieter or like more familiar comics in order to succeed.…This book is a testament to Prince and how his music affected the world."

“The book leaves you no choice other than to get sucked into the funkadelicness… The book invites a deeper understanding of music, craft, and of legendary musicians themselves, but also never at the expense of fun and excitement. What’s here possesses the stuff that makes certain comics go beyond greatness, an accomplishment worthy of the Artist that inspired it.”

"A must-read for Prince fans and music lovers, MPLS Sound's creative team has also made their story perfectly accessible to those more unfamiliar with the Purple One's body of work….[T]he artwork on a comic book like this comes with a high level of expectation which Laxton more than excels at."

“A touching, deeply magical tribute to a man, a musician, and a myth (and the Twin Cities).”

“An impressive book and a great look at the music scene during Prince’s career and the influence he had..."

“Get this graphic novel and read it. You will channel surf into a story that will take you to another world.”

“An engaging story full of nostalgia for days and dreams left behind. Writers Joseph P. Illidge and Hannibal Tabu and artist Meredith Laxton mix ’80s fashion and names almost forgotten with themes of grief, reconciliation and perseverance that remain as pertinent as ever. MPLS Sound is a worthwhile read, a story that’s equally empathic and appreciative for the way things were and why things have to change.”