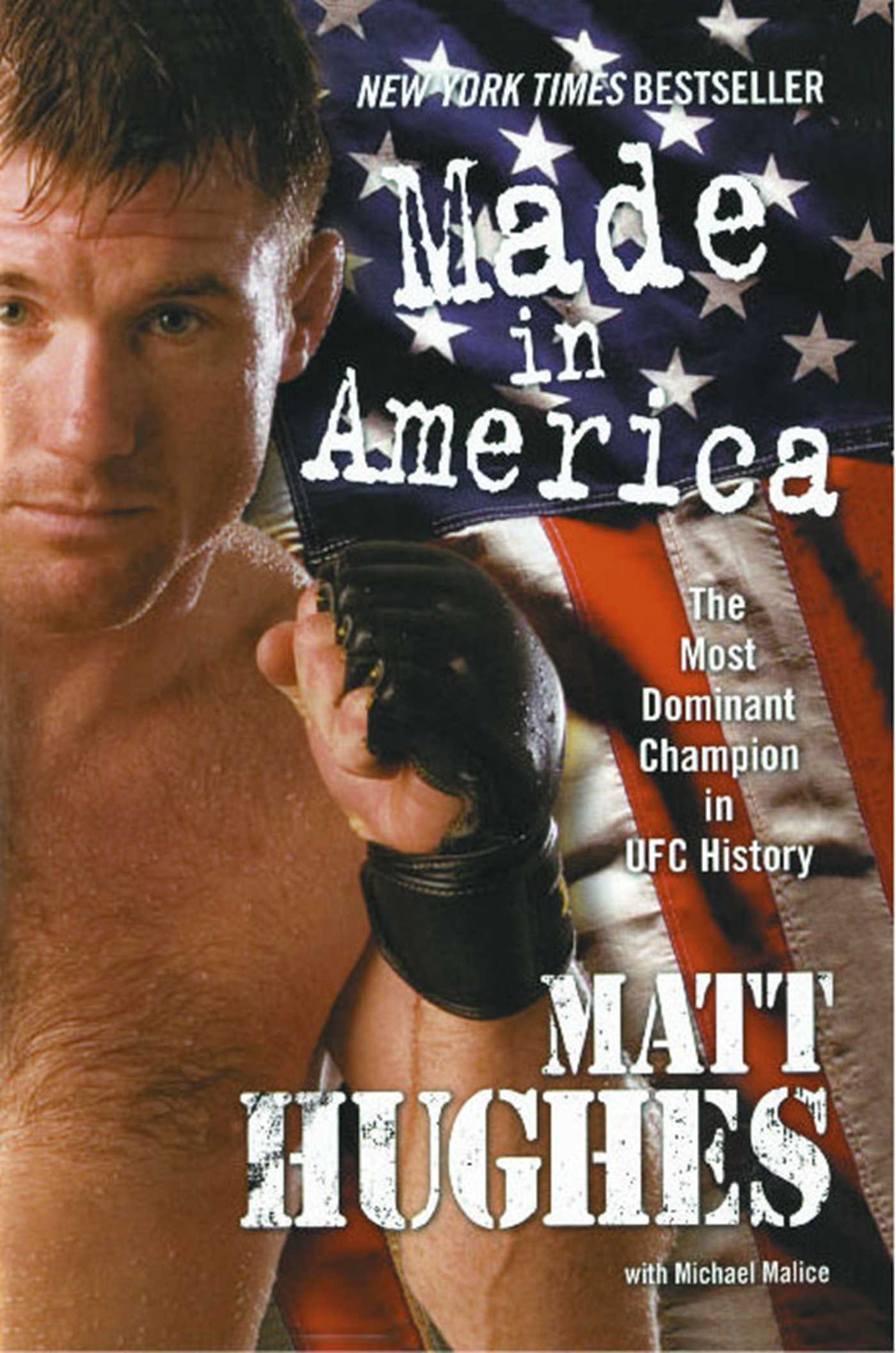 The Most Dominant Champion in UFC History

By Matt Hughes
With Michael Malice
LIST PRICE $16.99
PRICE MAY VARY BY RETAILER

If you know anything at all about mixed martial arts and the UFC, then you know the name Matt Hughes. With devastating slams and ground-and-pound -- and nine championship belts to his credit -- Matt is the most dominant fighter in UFC history.

Matt was raised with his twin brother on a family farm in small-town Hillsboro, Illinois. Behind the postcard-perfect fields of corn, beans, and wheat stood a home consumed by bankruptcy, tension, and interpersonal struggles, but Matt reacted to hard times by playing hard and working even harder.

In high school and college Matt was an unstoppable wrestler, and he ended up a two-time Division I All-American. Whereas every year's top eight graduating college football players become instant millionaires, Matt got to stay on as assistant wrestling coach, doing electrical work on the side for fourteen dollars an hour. All of that changed the day he met legendary MMA manager Monte Cox, as well as Pat Miletich, a trainer who also happened to be the welterweight champion of the world.

Rising through the ranks of the independent fighting circuit and the UFC, Matt saw things that fans could only catch glimpses of -- until now. For the first time, a major UFC superstar has decided to answer all the questions the fans have about him, the organization, and the sport. You'll learn which fighter almost sent Matt packing from mixed martial arts; why he refused to speak to his role model, Randy Couture; and what his relationship with UFC president Dana White is like. He reveals in which match he found himself praying to God for help, why he originally refused a shot at the world title, and what it's like training at the Miletich Fighting Camp. Matt describes working on TV's The Ultimate Fighter, what really happened to Tito Ortiz during the legendary brawl on the streets of London, just how personal his rivalry with Frank Trigg became, and what it was like to go up against the mythical Royce Gracie -- and destroy him.

Matt discloses his most private thoughts and feelings during both his epic victories and his crushing losses. But when the gloves come off, there's Matt Hughes the man. He talks with unflinching honesty about his early hell-raising and his near-death experience, the moment he let God into his heart, falling in love with his wife, the birth of his daughter, and all the important events of his life -- and he shares personal photographs never before seen by the public.

A Christian, a family man, and a fighter, Matt Hughes could only have been made in America.

MATT HUGHES is the nine-time UFC welterweight world champion. He resides in Hillsboro, Illinois, with his wife, Audra, his son, Joey, and his daughter, Hanna. This is his first book.

The Most Dominant Champion in UFC History

By Matt Hughes
With Michael Malice
LIST PRICE $16.99
PRICE MAY VARY BY RETAILER