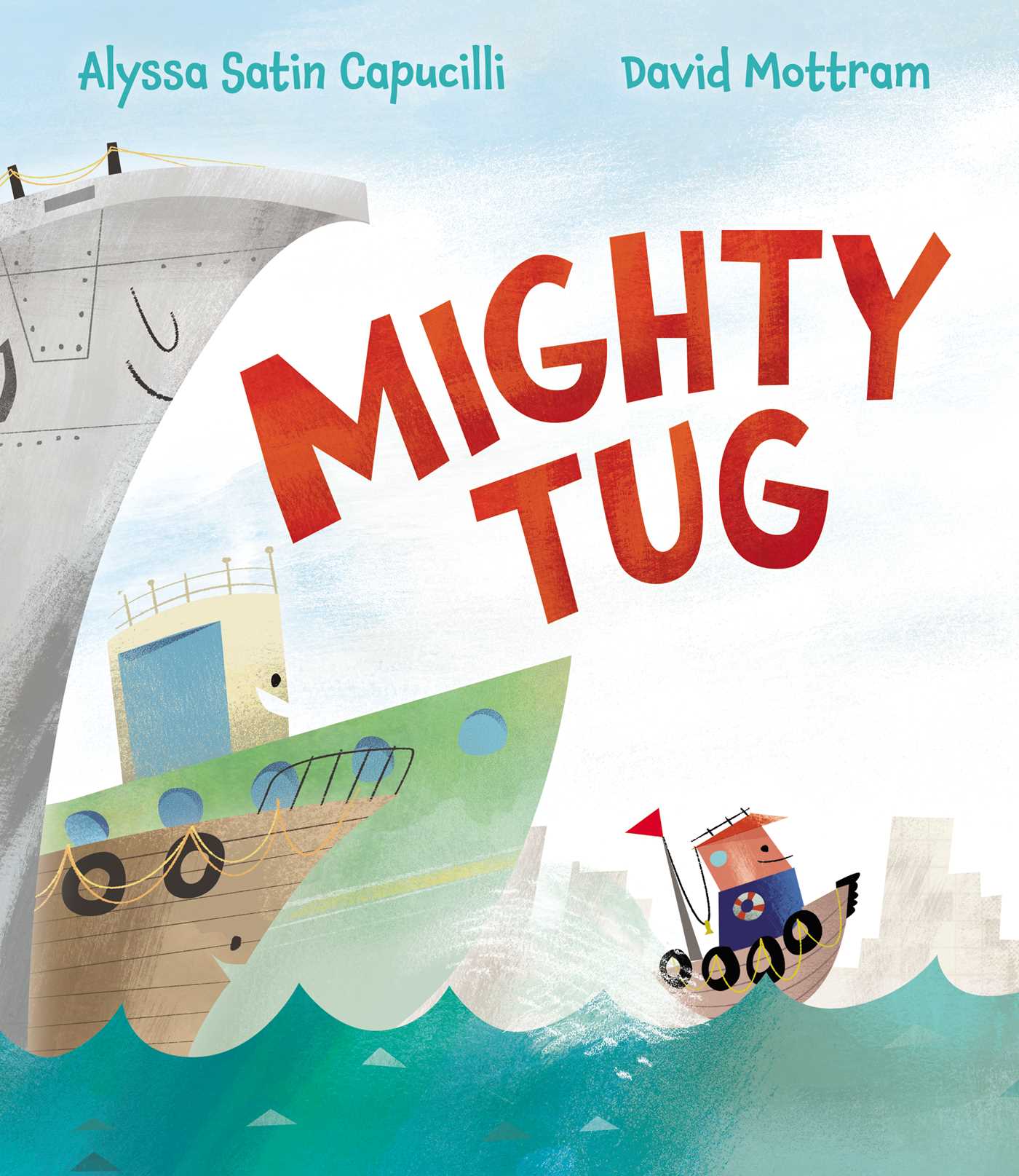 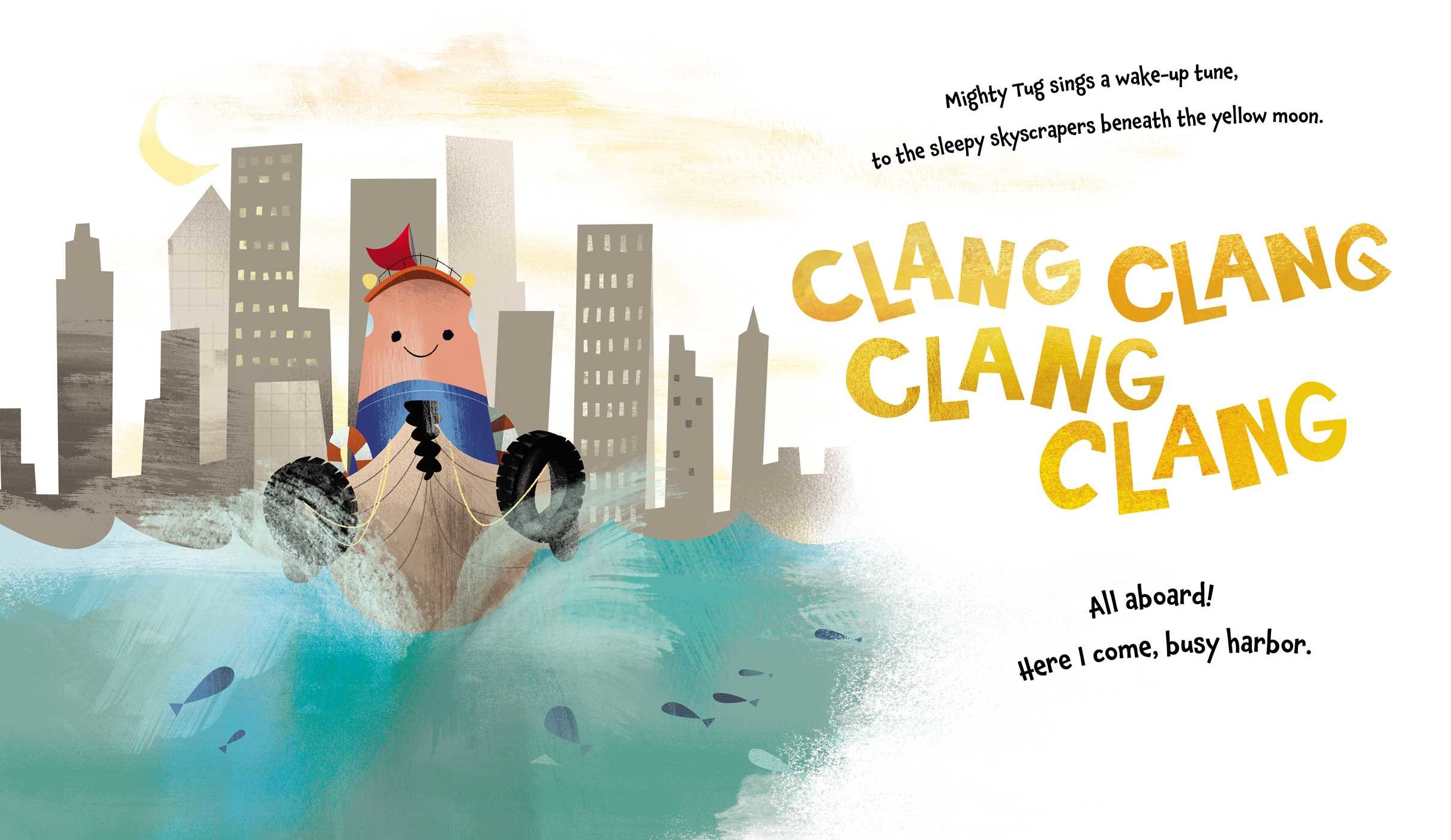 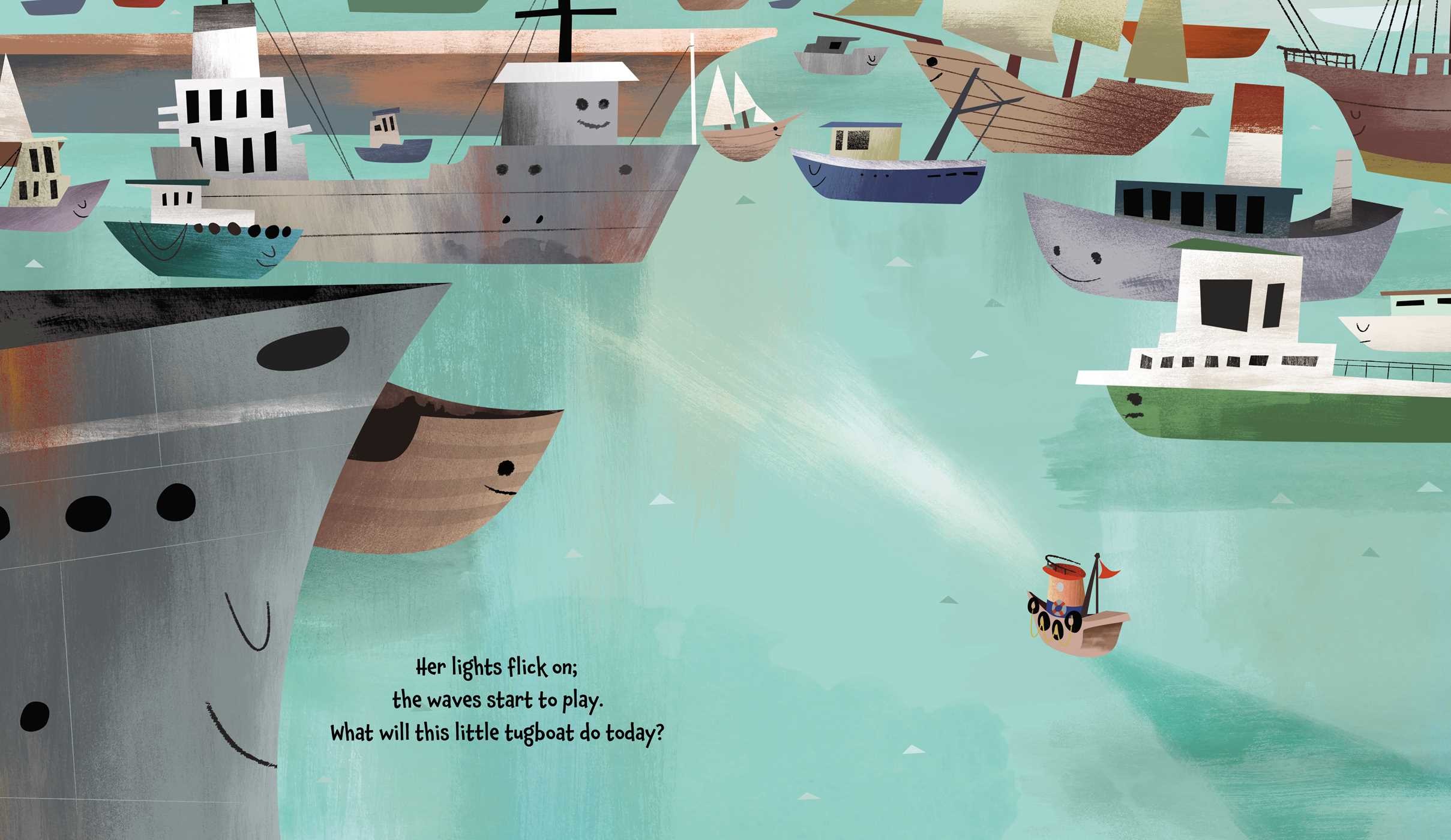 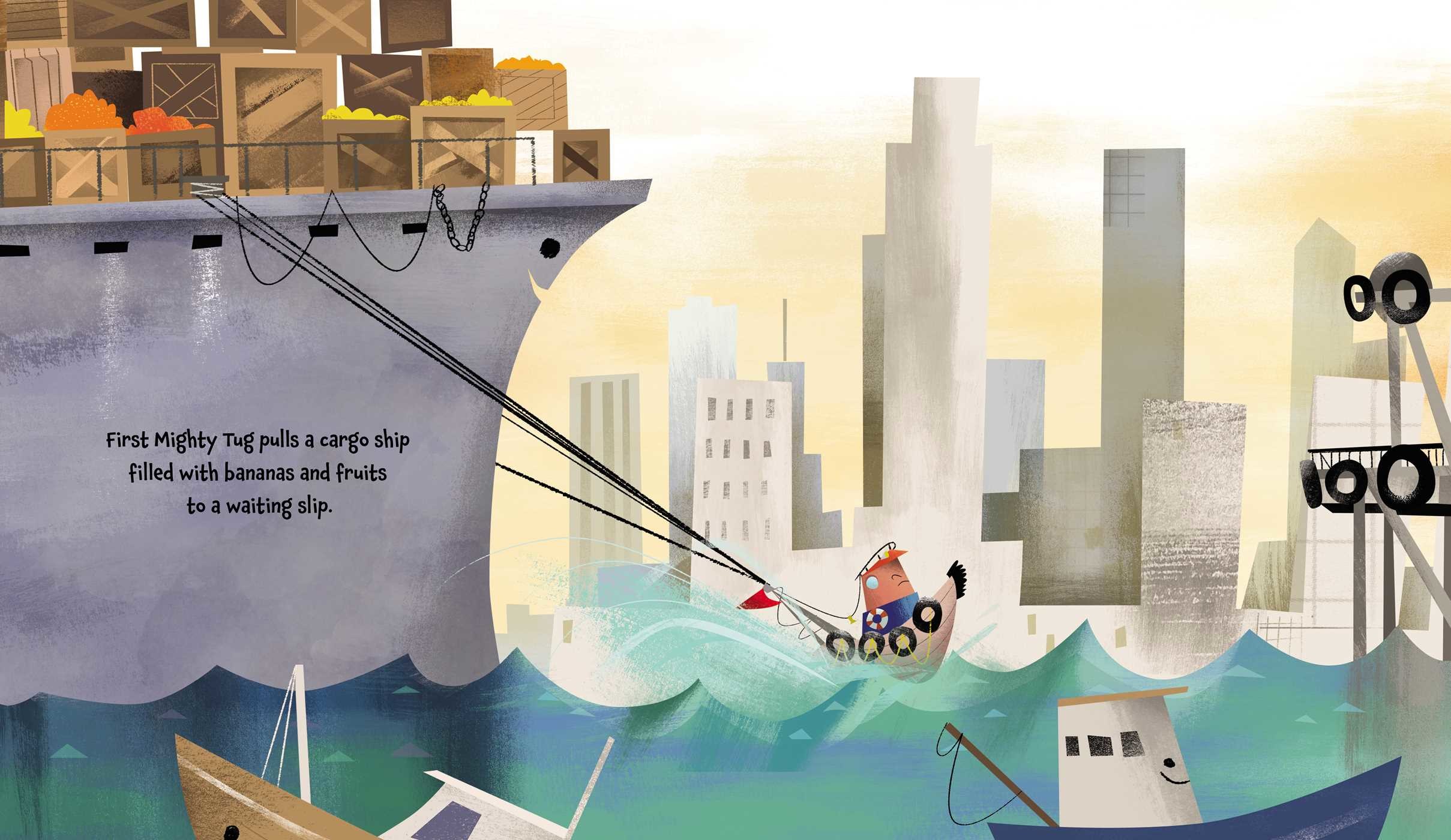 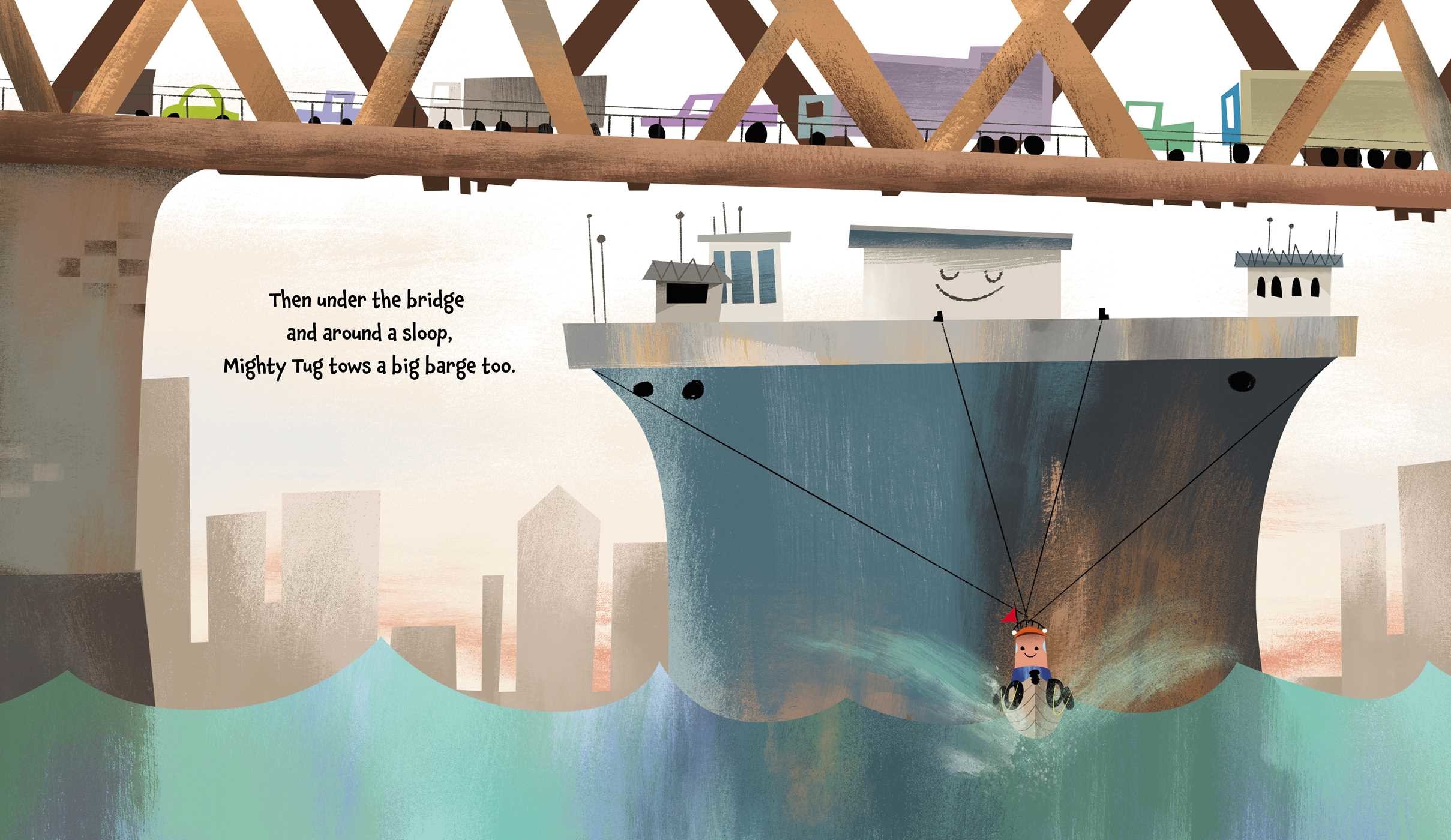 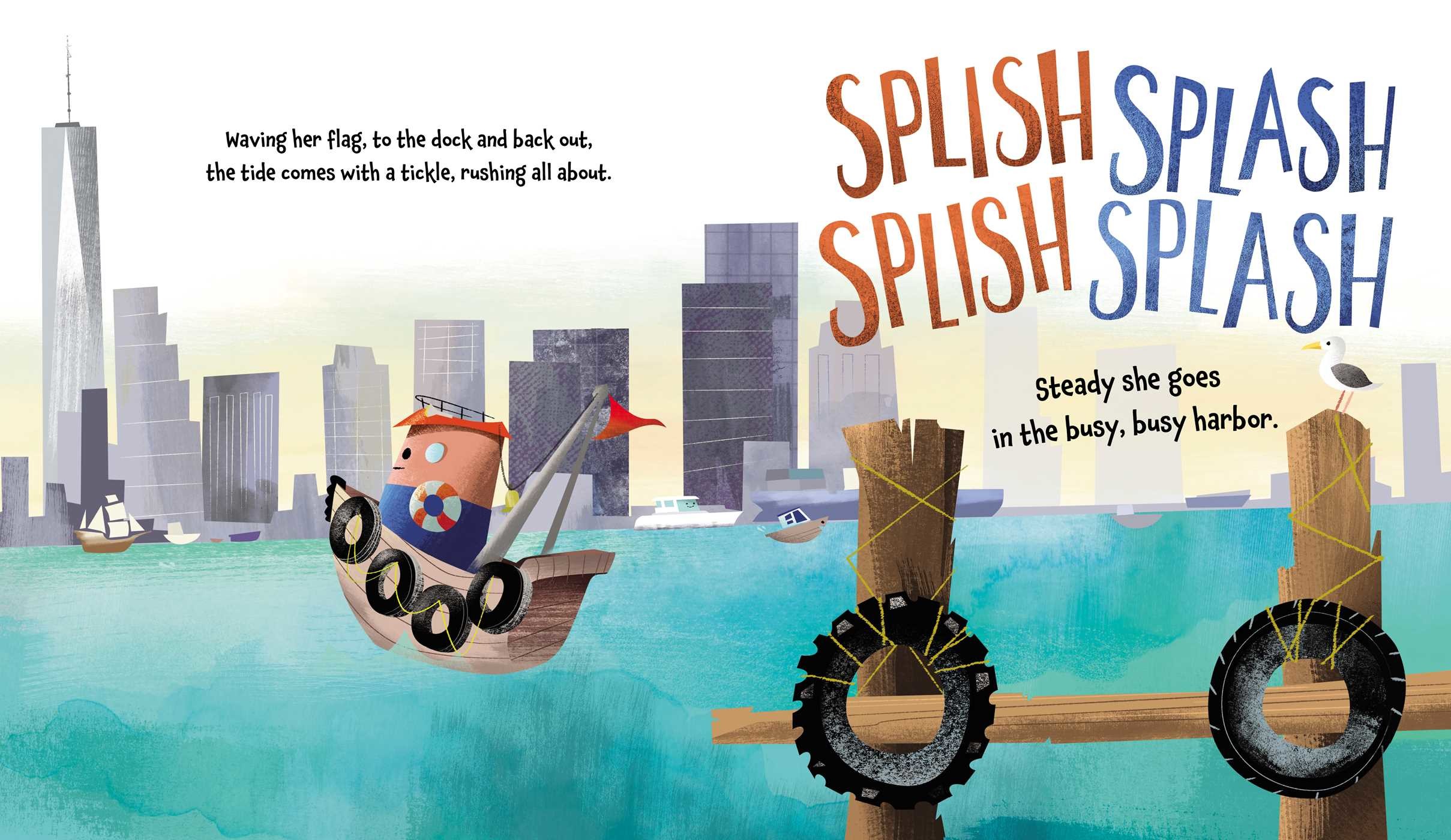 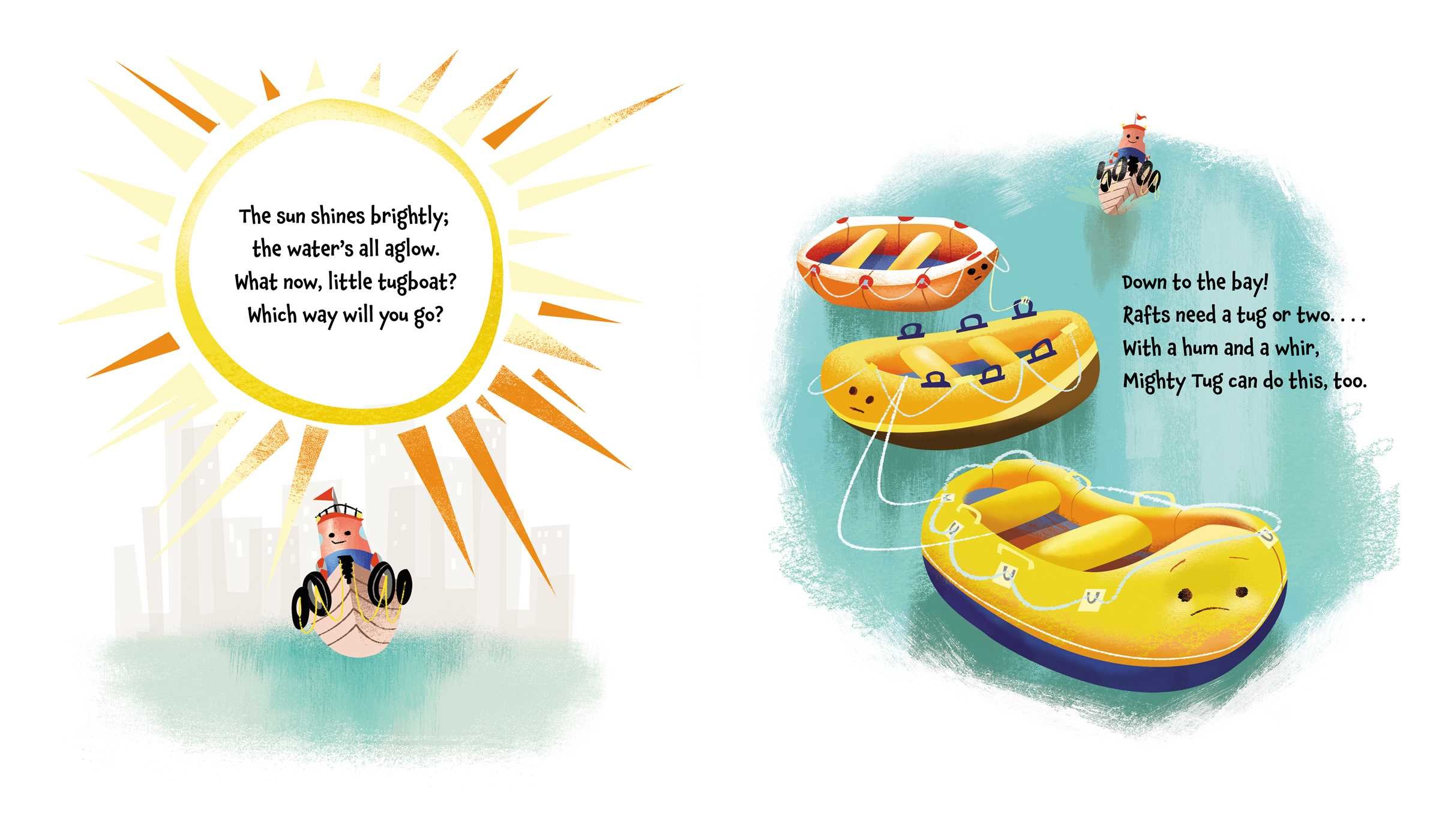 Mighty Tug may be the smallest boat in the busy harbor, but he is also the mightiest in this timeless picture book from the author of the Katy Duck and Biscuit series.

Around the gleaming channel, where the water’s deep and wide, tall ships stretch their sails and the ever so brave mighty tug leads the way across the waves. To the rescue in the busy, busy harbor, little tug saves the day every time. Mighty tug is the smallest, strongest, and bravest boat of all. 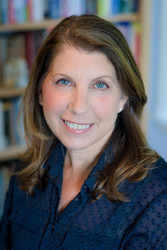 Alyssa Satin Capucilli is the award-winning creator and author of the Katy Duck series and the bestselling Biscuit series, which has sold over twenty-four million copies. A dancer as well as a writer, she lives with her family in Hastings-on-Hudson, New York.

Dave Mottram is an illustrator living in Ohio who worked as a graphic designer for many years which led him to pursue his passion for illustration. He paints traditionally and digitally with color and layers and line. He loves tacos, animals, tikis, and nerding out over art supplies. Visit him at DaveMottram.com.

"A little tugboat carries out some big jobs.... The pictures have a vintage feel that harkens back to Hardie Gramatky's Little Toot, right down to the simple lines and dots used to render the boats' facial expressions. A visual treat for boat-loving readers". -- Kirkus

"Mighty Tug has a full day of work on the New York City waterfront.... it’s refreshing to encounter a small-in-stature character who never doubts herself or feels compelled to curry favor with those bigger than her." -- Publishers Weekly

" A sweet addition to the small but mighty subgenre, perfect for storytime and one-on-one sharing." -- School Library Journal

"Children’s yearning to be out in the world, performing useful, even daring deeds, finds expression in a host of books where little vehicles compete with larger machines.... illustrations are filled with movement and charming details that will completely win readers over while they follow Mighty Tug through a busy day in New York Harbor... As night falls, Mighty Tug sends out a lullaby-like song to the harbor, wishing it sweet dreams and a busy tomorrow." — Booklist

More books in this series: Classic Board Books