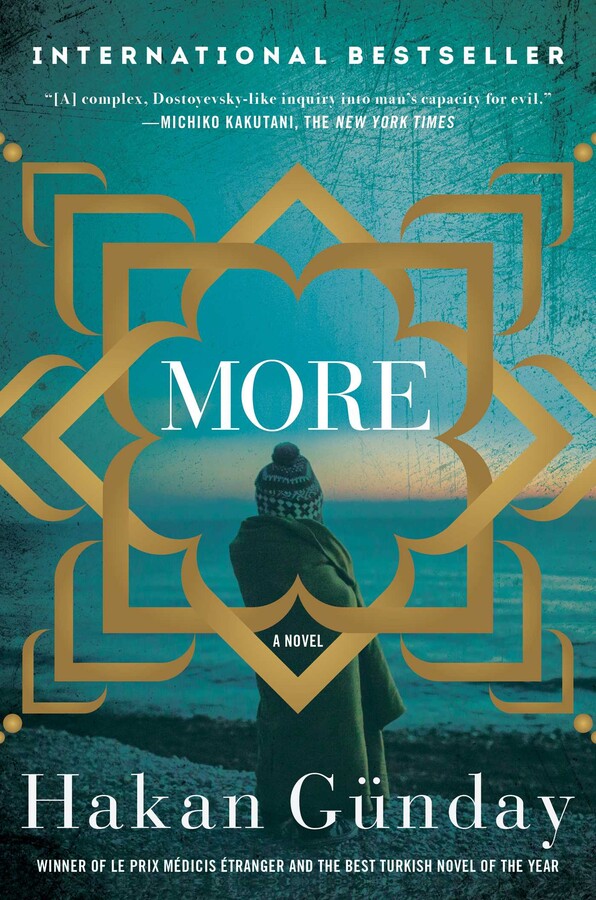 The illegals climbed into the truck, and, after a journey of two hundred miles, they boarded ships and were lost in the night.”

Gaza lives on the shores of the Aegean Sea. At the age of nine he becomes a human trafficker, like his father. Together with his father and local boat owners Gaza helps smuggle desperate illegals,” by giving them shelter, food, and water before they attempt the crossing to Greece. One night everything changes and Gaza is suddenly faced with the challenge of how he himself is going to survive. This is a heartbreaking work that examines the lives of refugees struggling to flee their homeland and the human traffickers who help them reach Europefor a price.

In this timely and important book, one of the first novels to document the refugee crisis in Europe, Asia, and the Middle East, we see firsthand how the realities of war, violence, and migration affect the daily lives of the people who live there. This is a powerful exploration of the unfolding crisis by one of Turkey’s most exciting and critically acclaimed young writers who writes unflinchingly about social issues.

Hakan Günday was born in 1976 on the island of Rhodes in Greece and currently lives in Istanbul. He is the bestselling author of eight novels, which have been published in nineteen territories. More received Le Prix Medicis Etranger 2015 and his novel The Few was named Best Turkish Novel of 2011. His novel Ziyan (Loss) was a finalist for the Prize Lorientales 2015 in France and was awarded the France-Turkey 2014 Author Award. He lives in Istanbul.

"The importance of this novel . . . lies in its horrific portrayals of refugees fleeing desperate situations. . . . [A] complex, Dostoyevsky-like inquiry into man’s capacity for evil." —Michiko Kakutani, The New York Times

“Ambitious, compelling . . . The visceral punch and drive of its prose in many bravura passages . . . evokes Irvine Welsh or William Burroughs more than Oliver Twist.” —Economist

“Imagine a nine-year-old child assisting his father with the family business—the ruthless smuggling of humans. Imagine this child’s apprenticeship in profit and survival and unspeakable cruelties that numb him to what it means to be human. Imagine this child’s graduation from bystander to killer. Hakan Günday will take you there in his unflinching and momentous novel More.” —Ursula Hegi, New York Times bestselling author of Stones from the River

"This urgent novel by one of Turkey's most acclaimed contemporary writers demands to be read not just because of its subject matter, the current migrant crisis and human trafficking, but because of its timeless exploration of violence, fidelity to family, and the extremes to which any of us will go to craft a new life from the wreckage of an old one. This translation of Hakan Günday's work is a gift." —Elliot Ackerman, author of Green on Blue

"An unflinching, compelling novel that sweeps away abstractions like refugee crisis and plunges us head first into the agony of a world where human lives bleed against lines drawn on a map." —Siddhartha Deb, author of The Beautiful and the Damned: A Portrait of the New India

"Günday has created a moral maze of a novel, making us think deeply about one of the most pressing and tragic crises of our modern world." —National (Abu Dhabi)

"Move over Orhan Pamuk. There's an exciting new Turkish novelist in town. [A] dark and unrelenting voyage into a modern Celine-an hell, [More] takes on one of the most significant issues facing the world today. . . . This is a disturbing, politically charged portrait of the refugee crisis. A Tin Drum for a new generation." —Kirkus Reviews

“Hakan Günday is one of the rising stars of the Turkish literary scene.” —Time Out Istanbul

“A dark journey through the psyche of a child who becomes a torturer. The book packs a punch.” —Pelerin