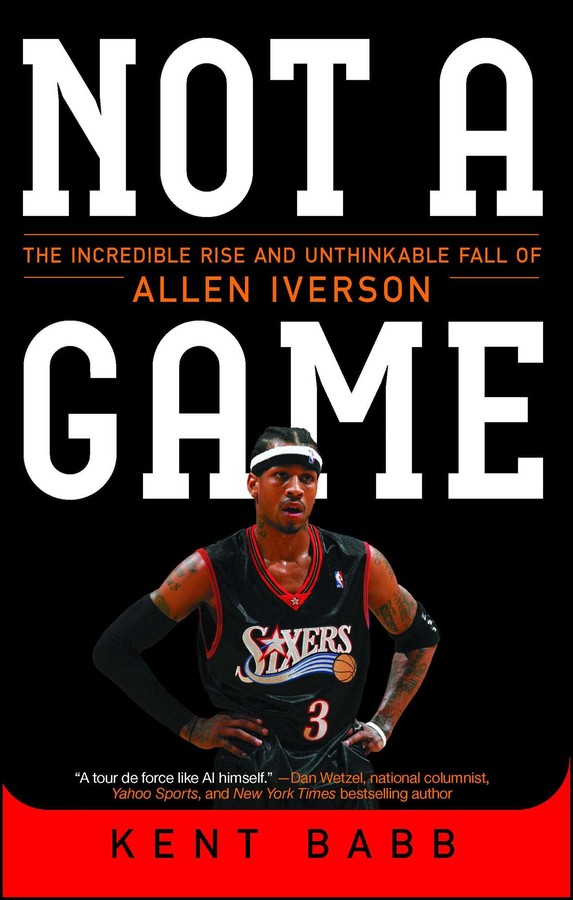 The Incredible Rise and Unthinkable Fall of Allen Iverson

By Kent Babb
LIST PRICE $16.99
PRICE MAY VARY BY RETAILER

Shortlisted for the PEN/ESPN Award for Literary Sports Writing

Through extensive research and interviews with those closest to Iverson, acclaimed Washington Post sportswriter Kent Babb gets behind the familiar, sanitized, and heroic version of the hard-changing, hard-partying athlete who played every game as if it were his last.

Former NBA superstar Allen Iverson was once one of America’s most famous athletes: a trendsetter who transcended race, celebrity, and pop culture, and emerged from a troubled past to become one of the most successful and highly compensated athletes in the world. Now, his life and career come vividly to light in this “searingly honest” (Baxter Holmes) biography.

Babb brings to life a private, loyal, and often generous Allen Iverson who rarely made the headlines, revealing the back story behind some of Iverson’s most memorable moments, such as his infamous “Practice” rant, delving even deeper to discover where Iverson’s demons lurked. He drank too much, stayed out too late, spent more money than most people could spend in a dozen lifetimes—blowing more than $150 million of his NBA earnings alone.

His then wife Tawanna, seen often as the mild-mannered woman who tamed the bad boy, tried to keep her husband and family on the rails. But, as so many others learned on basketball courts, she was no match for the force of nature that was Iverson. Jealousy, meanness, and relentless eventually wore down even his biggest fans, teammates, and, eventually, even his most formidable opponent. 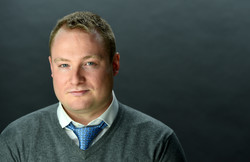 Kent Babb is a Sports Enterprise Writer at The Washington Post, which he joined in October 2012. His work was included in the 2013 edition of The Best American Sports Writing, and his long-form journalism has been honored eight times by the Associated Press Sports Editors, including first place in feature writing in 2005 and 2010.

"A searingly honest and intimate portrait of a captivating icon, but also a cautionary tale for any young star. Kent Babb captures the complexity of Allen Iverson from all angles in a fascinating must-read for all sports fans."

“Allen Iverson was impossible to ignore, a one man hurricane, on the court and off; equal parts dynamic and depressing. With Not a Game Kent Babb brilliantly tells his story and it's a tour de force like AI himself.”

“Babb’s thorough storytelling empathetically ebbs and flows between Iverson’s trials and triumphs, connecting the dots while taking the reader on an emotional truth-seeking ride of nostalgia, hope, and exasperation . . . . Not a Game is engrossing and definitely to be read and discussed.”

“Allen Iverson’s is a life unfathomable to most. With Not a Game, Kent Babb questions the enigma that is The Answer, taking readers into a world most don’t know — and, quite frankly, most don’t want to know — exists in America.”

"For better or worse, Allen Iverson has the uncompromising "my way" persona. Kent Babb eloquently, and at times poignantly, captures Iverson's swagger—raw and flawed, regal yet real."

“This is more than just great sports writing, this is writing at its best. Babb strips away the public persona of iconic superstar Allen Iverson to tell a stunning story of triumph, tribulation and ultimate tragedy. It’s a must-read about a complex hero who had it all for too short a time.”

– R.G. Belsky, author of The Kennedy Connection and The Midnight Hour

"Babb delves deep into Iverson’s inscrutable soul. This is a sad but fascinating read.”

“It pricks the skin and provokes a response.”

The Incredible Rise and Unthinkable Fall of Allen Iverson

By Kent Babb
LIST PRICE $16.99
PRICE MAY VARY BY RETAILER