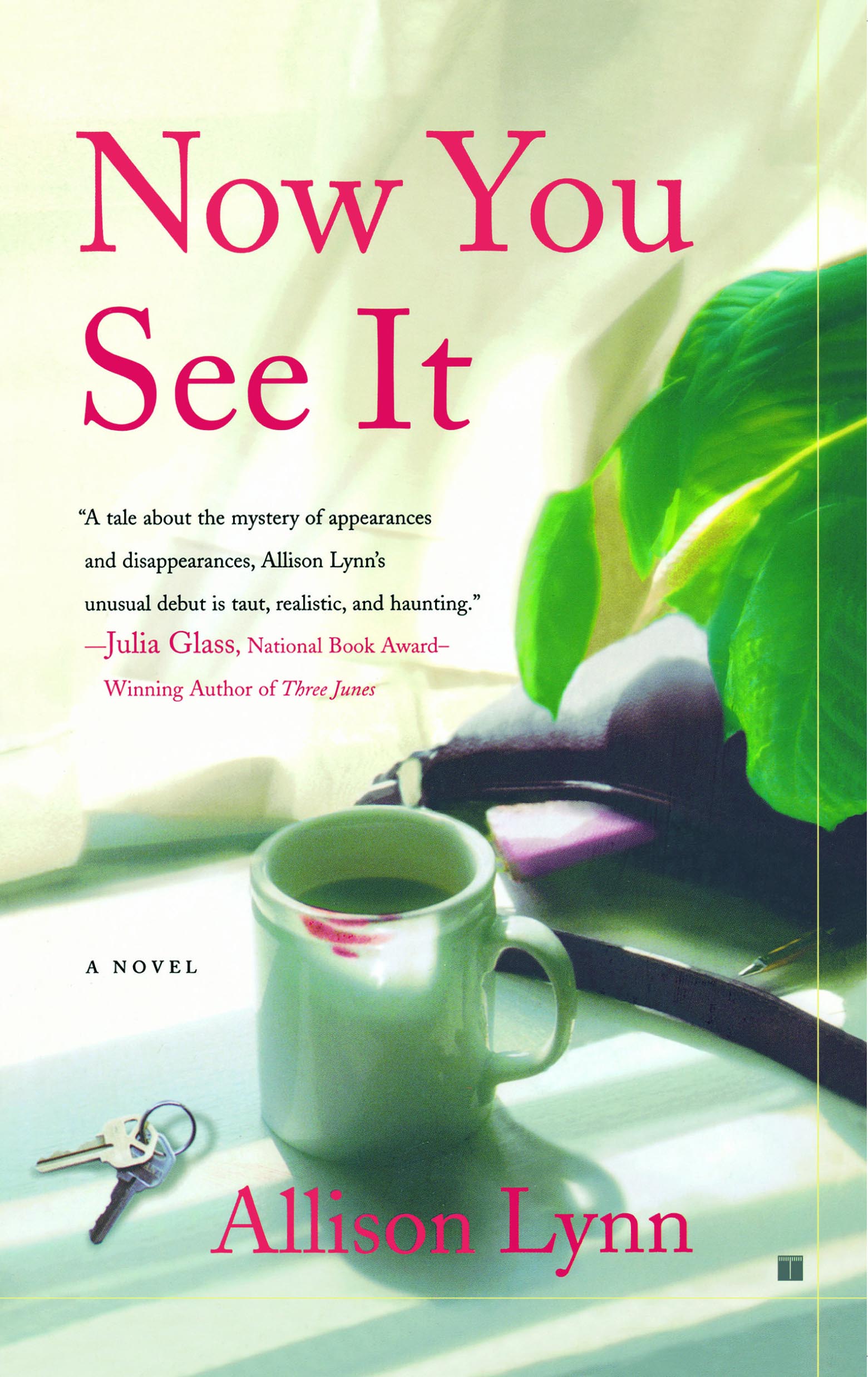 Now You See It

David and Jessica have almost everything they could want: he is an accomplished journalist, she teaches at an elite private school, and they travel in a circle of alluring friends. Theirs is an enviable life -- until one night when David returns from a business trip. Jessica's wallet and keys are in their usual place, but she is gone. As months pass without her, David's certainty "that she is going to walk in that door tonight" slowly diminishes.
At the heart of this unnerving story is David's search for his wife -- which takes him far from his Manhattan neighborhood and deep inside himself.
At once heartbreaking and wry, Now You See It is a remarkable debut novel about the impossibility of fully knowing someone -- and what happens to the past when we have a second chance at the future. Now You See It presages a thrilling career for a fresh and gifted author.

David's father is sure it will rain. Look up, he tells David. Those clouds will break soon. The sky hangs low and dark; the clouds sit heavy over dunes which are so high that David cannot see over them. When he does look up, David is surrounded by sand and sea and this murky sky that his father is sure will break. Incredible, David thinks. Incredible that water can suddenly pour from nowhere.

David lowers his gaze and watches his father and brother toss their fishing lines into the surf. In the split second before the lines sink under the waves, the sun shines sharply off their lures. David says, It looks like something you'd see in a kaleidoscope. David's father explains, The shine attracts the fish. David is six, his brother Will is ten, and they are spending the month on Nantucket with their parents. The boys fish and swim and eat lobster twice a week, and David is immensely interested in lures that look like mirror toys.

His father casts into the water and mumbles as he reels the line in. This lure won't do. He wants the blue-and-white bullet-shaped plugs that are in his fishing chest at the house. While he continues to cast into the ocean, he asks David to walk back to the house for the plugs. David, used to fetching his father's fishing supplies and tennis balls, drags himself up the beach and onto the path that cuts through the dune. After a minute the ocean is behind him, hidden by the mountains of sand. He continues up the path and is surrounded by beach grass as tall as he is. He thinks about the fish that his father promises they will catch, even though none has bit yet this afternoon. They'll come out at dusk, his father promised. We've just gotten an early start. Yesterday, on the motorboat, the fish bit all day. Using only cut squid and sea worms they caught scup and striped bass, and David's mother pulled in a bluefish that bent her rod completely against itself as she reeled it in. David continues along the path and thinks about the fish, about how his mother surprised them all, catching, with her first cast, the biggest fish of the day. David grins and then looks up at the path ahead of him, and when he takes a good look he sees that the house, atop a small hill, is farther away than it should be. And -- how can this be? he thinks -- the house is to his right instead of straight ahead, and he suddenly knows he is on the wrong trail. But there is only one trail, he is certain of this. He tries to gauge the distance to the house, usually just a short path-walk, now an incalculably far distance. How? How come? The house must be a mile away, he thinks, knowing only that a mile is a long way, too long to walk in time to get the plugs and return. Rising up the hill to his left he sees the paved road that stretches from town to the house. He knows he could walk to the road, this path must lead there, and then to the house. But the road is far away and small from where he stands in the reeds, and it will take hours to walk that roundabout route. What he knows then, is sure of, absolutely sure of, is that he may never get home. He is surrounded by the reeds and beach grass and is utterly lost when he sits in the sand and starts to cry.

He is so caught up in his sobs -- he is alone, he can cry as loud as he wants -- that for a moment he doesn't notice that his mother is there, laughing and holding him. David, she says, trying not to laugh now, did you think you were lost? She was on her way to the beach to check on her men when she heard David's wail. Look, she says, taking him by the hand and walking him ten steps back toward the ocean where the path he was on diverged from the main path. You were only ten steps from where you should have been. You could have backtracked if you couldn't find the house, the beach is right here, she says. And in a moment they are back on the beach. But David hadn't known that, didn't know you could backtrack. And there's his father, waiting for the plugs, listening to David's mother tell the story of how the boy got lost on the short walk back to the house, a walk they take every day to swim in the morning. Oh David, his mother and father are saying, and smiling. Will sits in the sand, waiting for the show to end so he can continue to fish.

Back at the house, David's mother gives him a cup of milk and a wool sweater to keep out the evening's approaching chill. When David is calm again, he and his mother walk together with the plugs back to the water and David is embarrassed, sees how silly he had been to think he was lost. Later, remembering this day, he will recall not the embarrassment, not his mother's good-natured laughter, but only the hard and true fright he felt, the very real terror in how easy it was to lose himself so close to home. 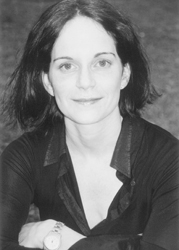 Brad Meltzer New York Times bestselling author of The Zero Game
Mesmerizing, haunting, and deeply hypnotic -- not just for what it makes you think about the characters but for what it forces you to see in yourself.

Caitlin Macy author of The Fundamentals of Play Allison Lynn holds a mirror to a marriage and draws a haunting portrait of disaffection.

Deborah Schupack author of The Boy on the Bus Edgy, sophisticated, and complex, Now You See It stares down the question 'What if?' with compelling results.

Kirkus Reviews Haunting debut about a husband's attempt to unravel the mystery of his wife's disappearance. Well-educated and sophisticated, David and Jessica both come from upper-middle class backgrounds and, after a period of youthful rebellion in their adolescent and college years, have drifted back into a privileged Manhattan milieu of clubs and charity benefits. David is an investigative reporter at a glossy travel magazine; Jessica teaches at an exclusive private school uptown. Although their marriage has had its share of grief (especially in their long and futile attempt to have a child), it seems solid and capable of weathering the storms of age. But one day David is shocked to come home from a business trip and find Jessica gone without a trace. A spur-of-the-moment trip? Hardly -- Jessica had classes that Monday morning and has never missed a day of school. Another man? Just as unlikely -- her keys and wallet are still in the apartment. The NYPD detective glumly tells David that missing persons who aren't found within 72 hours are usually never found at all, but David becomes more convinced with each passing day that Jessica is alive. Why? Even Jessica's mother gives up hope after a few months and holds a memorial service for her (which David refuses to attend). Perhaps David's faith has some link to the case of Derek Jhensen: An American businessman who disappeared in Peru in 1992, Jhensen is still rumored to be alive, and David made his own name as a reporter by tracking Jhensen through the wilds of South America. Now David is getting new sightings of Jhensen once more. Is this a sign that Jessica may be out there somewhere also? Or is David just unraveling altogether? Lynn's gripping and feverish tale builds momentum page by page -- right up to a surprise climax that confounds all expectations but seems obvious once it arrives.

Now You See It