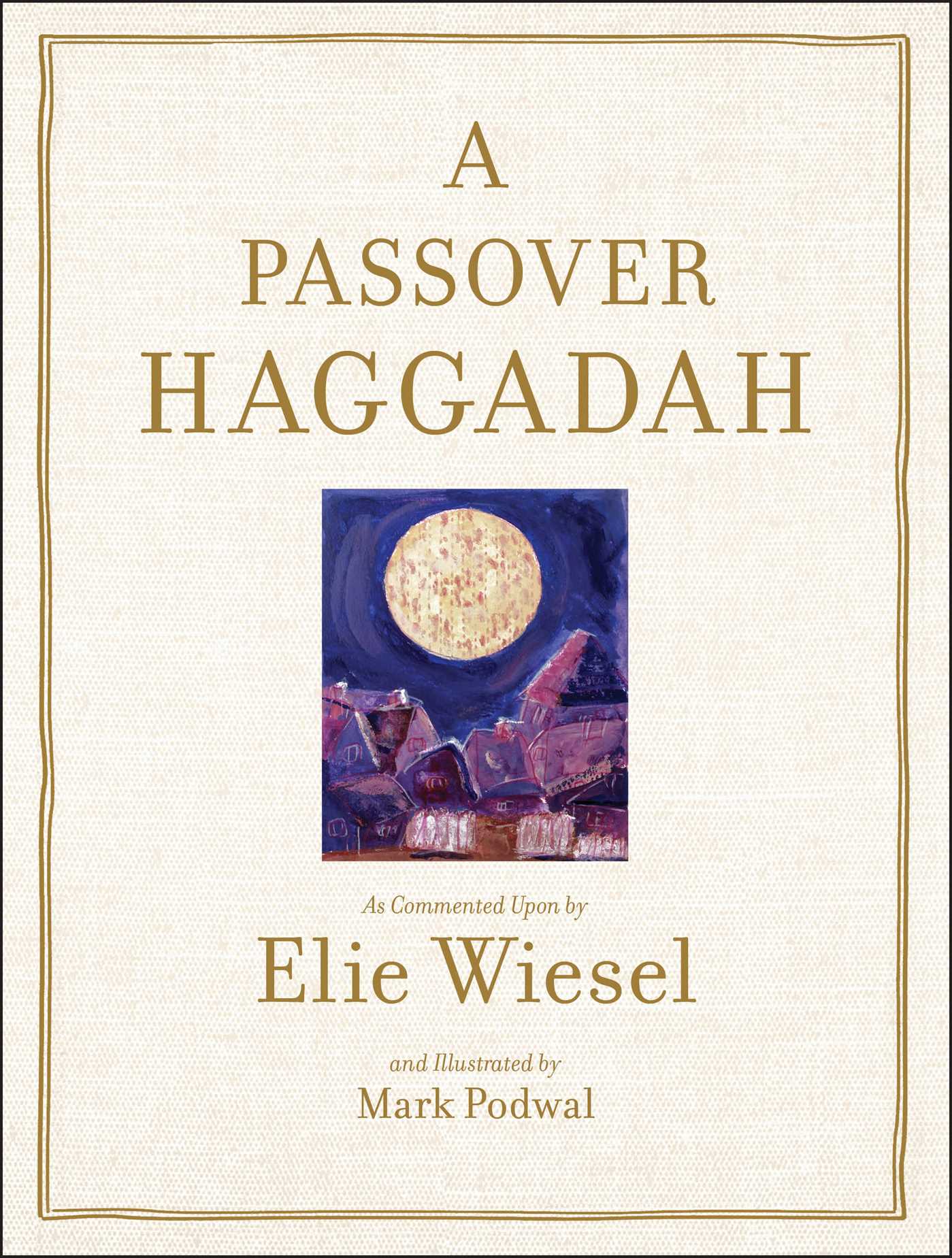 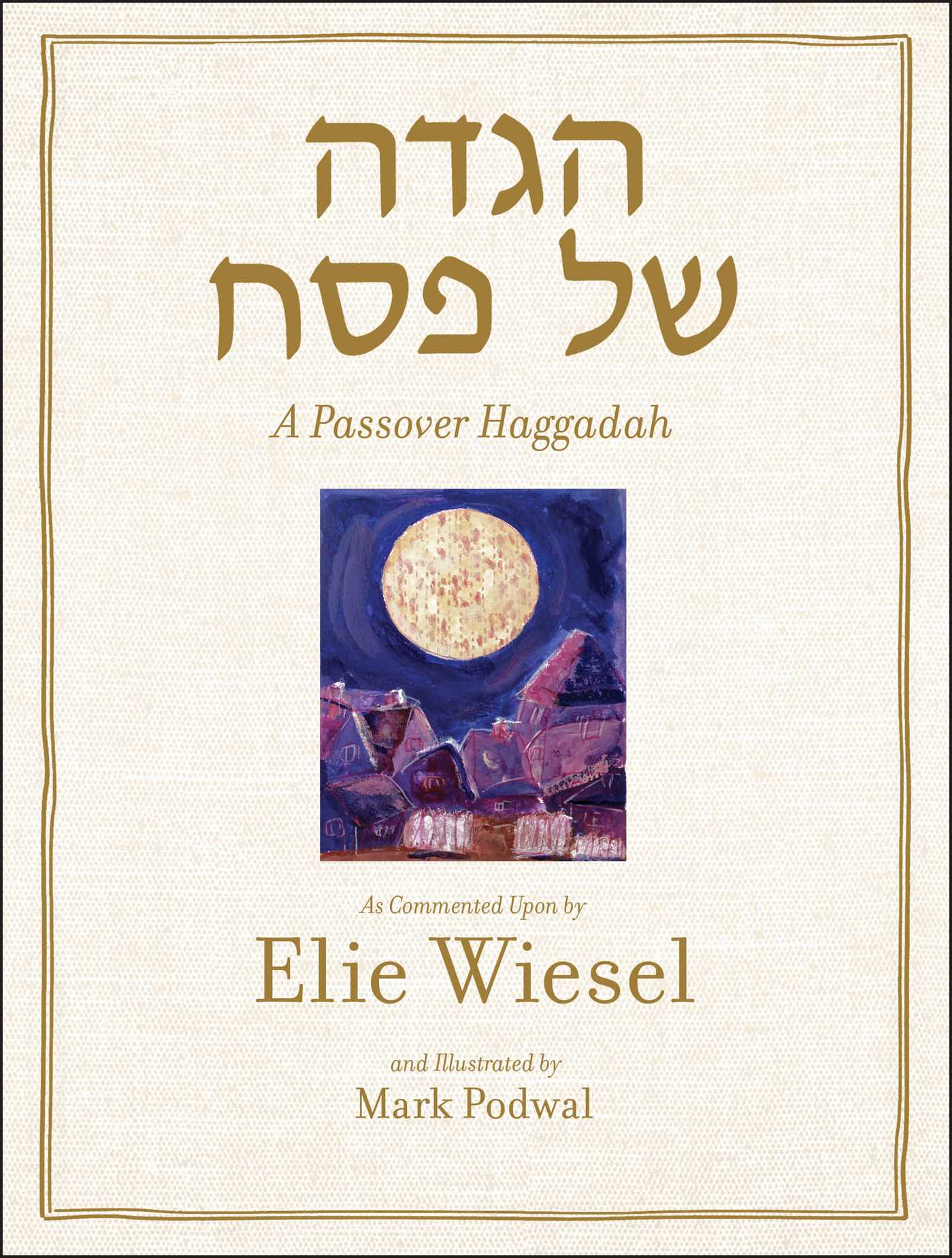 With this Passover Haggadah, Elie Wiesel and his friend Mark Podwal invite you to join them for the Passover Seder -- the most festive event of the Jewish calendar. Read each year at the Seder table, the Haggadah recounts the miraculous tale of the liberation of the Children of Israel from slavery in Egypt, with a celebration of prayer, ritual, and song. Wiesel and Podwal guide you through the Haggadah and share their understanding and faith in a special illustrated edition that will be treasured for years to come.
Accompanying the traditional Haggadah text (which appears here in an accessible new translation) are Elie Wiesel's poetic interpretations, reminiscences, and instructive retellings of ancient legends. The Nobel laureate interweaves past and present as the symbolism of the Seder is explored. Wiesel's commentaries may be read aloud in their entirety or selected passages may be read each year to illuminate the timeless message of this beloved book of redemption.
This volume is enhanced by more than fifty original drawings by Mark Podwal, the artist whom Cynthia Ozick has called a "genius of metaphor through line." Podwal's work not only complements the traditional Haggadah text, as well as Wiesel's poetic voice, but also serves as commentary unto itself. The drawings, with their fresh juxtapositions of insight and revelation, are an innovative contribution to the long tradition of Haggadah illustration.

In the Jewish tradition, every ceremony begins with the Kiddush. The wine is sanctified with this ancient ritual to mark the beginning of the festive meal. Jews are reminded of their need for saintliness, and they, in turn, remind the Almighty of His professed eternal love for His people.

Gathered around the candlelit table, we bless God for having released us from Egyptian slavery and sanctified us with His commandments, for offering us occasions to celebrate our holidays, and for allowing us to evoke our glorious past, when three times a year -- during Passover, Shavuot, and Sukkot -- the inhabitants of Judea made pilgrimages to the holy convocations in the holiest of all cities, Jerusalem.

The Kiddush is said over the first of the four cups of wine that one drinks during the Seder. The number is symbolic. Scripture uses four words to describe the liberation from Egypt; they refer to the four exiles the Jewish people will endure in its history, all four ending in redemption. Thus, to drink the four cups of wine is a commandment as important as to eat matzah or bitter herbs.

If the Seder takes place on the Sabbath eve, the Kiddush begins with the text of Genesis describing the end of the sixth day and the arrival of the seventh. We are required to stand as we recite or listen to this Biblical passage. Why? Because in listening to God's word we testify to its truth. And because, according to the Bible, a witness must testify standing.

The first cup of wine is poured. The head of the table, holding the cup in his right hand, recites the following, beginning with the bracketed Biblical passage if the Seder falls on Friday night. It is followed by related commentary, also in brackets.

[Evening came and morning came, the sixth day. The heavens, the earth, and all they contain were completed. On the seventh day, God rested from all the work He had done and everything He had made. And God blessed the seventh day and made it holy, because it was the day on which He rested from all His work of Creation.]

[Thus, all of Creation joined in that rest, as rest, too, became part of Creation. And time was consecrated. The Sabbath is God's gift to humanity, a sanctuary in time. Israel's very survival is linked to it. Israel will maintain the Sabbath and in the end, the Sabbath will maintain Israel.]

Blessed are You, Lord our God, King of the Universe, who creates the fruit of the vine.

Blessed are You, Lord our God, King of the Universe, who has chosen us among peoples, exalted us among nations, and sanctified us with His laws. You have lovingly given us [Sabbaths for rest] holy days and festivals for joy and rejoicing. This [Sabbath day and this] day of the festival of matzah, the time of our liberation [with love], a holy convocation in memory of our leaving Egypt. For You have chosen us and sanctified us among all peoples by giving us [the Sabbath and] holy days [in love and favor] as a joyous inheritance. Blessed are You, Lord, who sanctifies [the Sabbath and] Israel and the seasons.

On Saturday night the following prayer is added to acknowledge the conclusion of the Sabbath:

[Blessed are You, Lord our God, King of the Universe, who creates the light of fire.

As always on festive occasions, one is duty bound to recite the following prayer:

Blessed are You, Lord our God, King of the Universe, who has kept us alive and sustained us and allowed us to reach this season.

All drink the first cup of wine while reclining.

Elie Wiesel is the author of more than forty books, including his unforgettable international bestsellers Night and A Beggar in Jerusalem, winner of the Prix Médicis. He has been awarded the Presidential Medal of Freedom, the United States Congressional Gold Medal, and the French Legion of Honor with the rank of Grand Cross. In 1986, he received the Nobel Peace Prize. He is Andrew W. Mellon Professor in the Humanities and University Professor at Boston University.