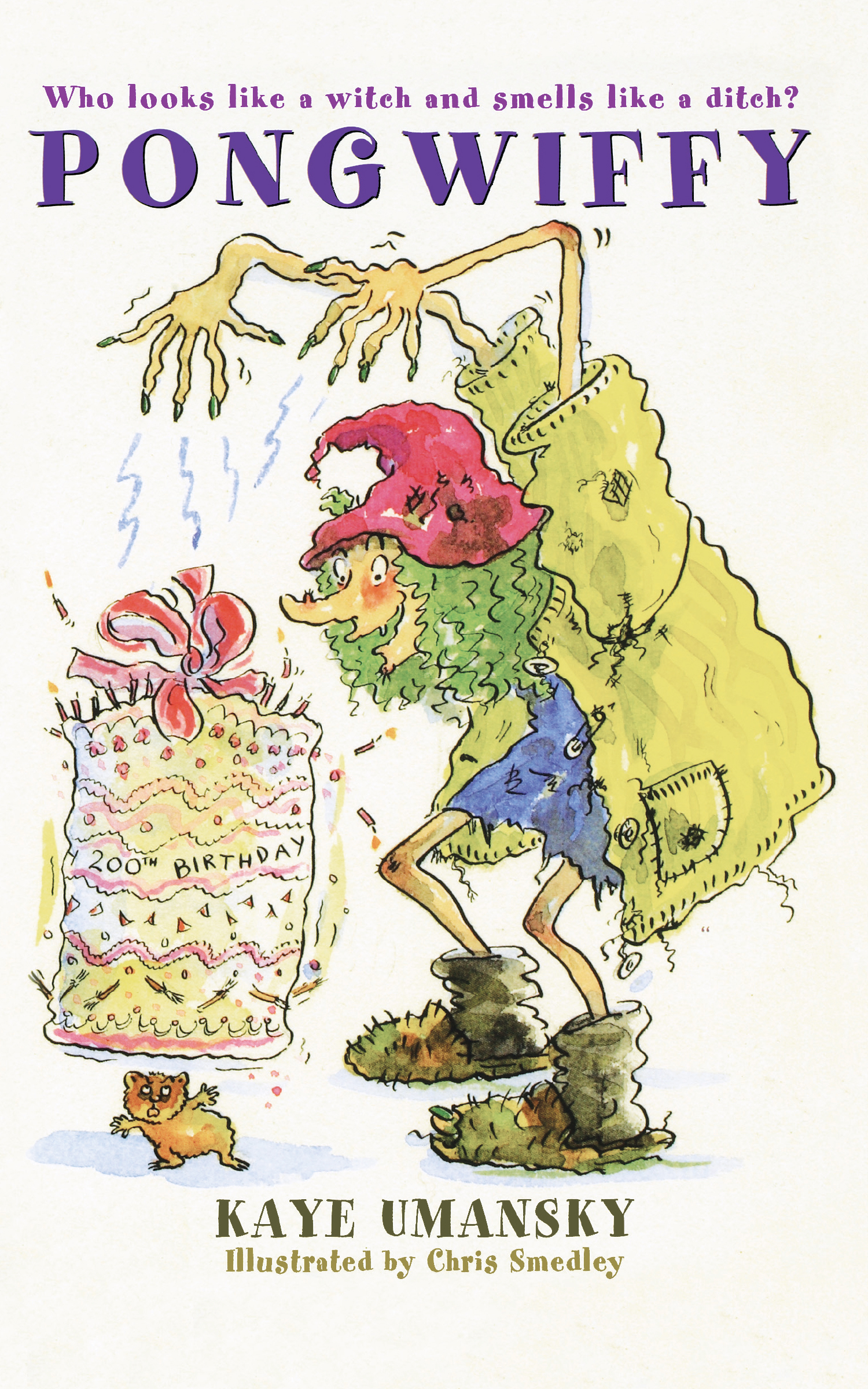 Pongwiffy has it all...a hovel of her own, a sometime-friend named Sharkadder, and an odor only a witch could love. Everything is almost perfect -- until a gaggle of Goblins move in next door. Heavens above, they're enough to wake the dead. It's time to move. But where? And where will she find a much-needed assistant? Sharkadder persuades Pongwiffy to advertise...but the only asistant who answers is a hamster.
What's a witch to do? Forget about finding a new slum! How can Pongwiffy cope with a gang of Goblins, a sassy rodent assistant, and the Witches' Coven, who are waiting for an explanation? Even worse, she's responsible for Sourmuddle's 200th birthday cake. What will happen if Pongwiffy messes that up?

Kaye Umansky was born in Plymouth in Devon, England. She went to Teacher's Training College, after which she taught in London primary schools for twelve years, specializing in music and drama. In her spare time, she sang and played keyboards with a semiprofessional soul band. She now writes full time and has written more than twenty-five books of fantasy, fiction, and poetry for children. She draws on traditional folktales and modern urban myths for her inspiration and has a sense of humor that is popular with children of all ages, from five to one hundred and five. She lives in London with her family. Among her most popular books are her hilarious Pongwiffy titles. Pongwiffy, Pongwiffy and the Goblins' Revenge, and Pongwiffy and the Spell of the Year, which won the Nottinghamshire Book Award, are available from Minstrel Books.