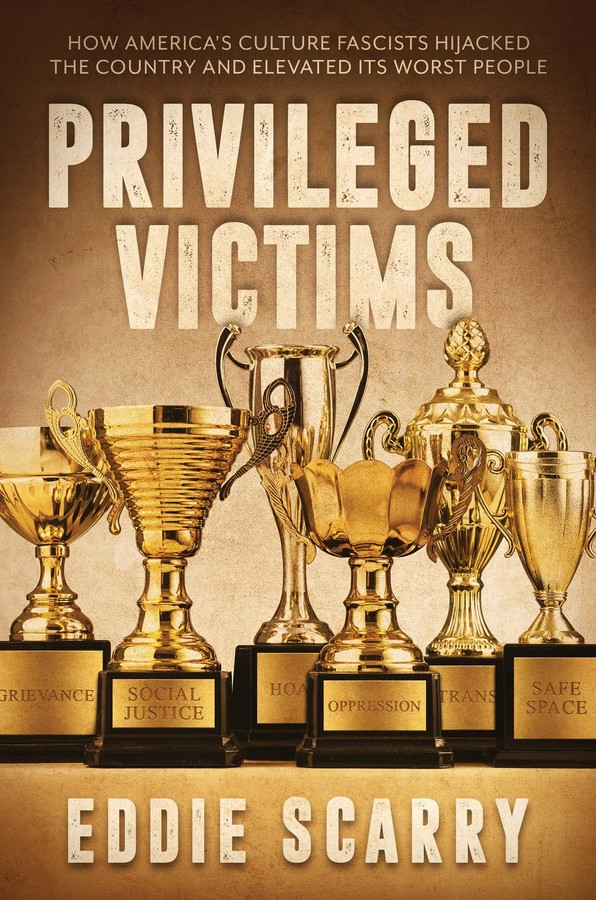 Privileged Victims dismantles America’s culture of mediocrity by exposing the tyranny driving identity politics and its suffocating obsession with race and gender.

America’s worst ideas and people are rising to the top, thanks to a rancid culture that has turned every part of our lives into a fight between so-called “privilege” and entitled brats claiming “victim” status. The country is under siege and America’s most ferocious enemy is already here: our privileged victims.

On university campuses, in the news media, and in Hollywood, race, gender, and sexuality determine who should advance and who should be taken down a peg. Driven by “social justice” and governed by “intersectionality,” out-of-control college students, school administrators, journalists, and titans of the entertainment industry divide and rank us on an infinite scale of grievance—the more of them, the better. And God have mercy on any individual deemed to benefit from “privilege.”

Privileged Victims zealously exposes the lies and myths behind:

And so much more.

In gripping detail, Eddie Scarry uncovers the perversion behind social justice and its identity-first dogma that’s replacing America’s meritocracy, tracing its origins in academia and shining a light on the havoc it has wrought over the course of three decades. Bewildered citizens mistakenly believe that it’s a matter of political correctness gone too far or the ailing symptoms of a country that has grown too sensitive. The truth is much worse: it's a deliberate, malignant reorganization of American life and the replacement of merit with mediocrity is the ultimate destination.

“How did everyone in America get so unhappy all of a sudden? In part, because it pays. Eddie Scarry lays out the scam in this infuriating and fascinating book. It’ll make you never want to complain again, just for the sake of being countercultural.” —Tucker Carlson, Host of “Tucker Carlson Tonight” on Fox News and Author of Ship of Fools

"What I love about Eddie is his courage. He knows the outrage mob is constantly coming and he doesn't care. Some of us call that being a First Amendment advocate. Count me as a fan and a reader."—Megyn Kelly
Eddie Scarry

"How did everyone in America get so unhappy all of a sudden? In part, because it pays. Eddie Scarry lays out the scam in this infuriating and fascinating book. It’ll make you never want to complain again, just for the sake of being countercultural."

"According to Eddie Scarry, there is little justice associated with the term 'social justice.' And in Privileged Victims, Scarry proves his point while naming names and exposing cons. There's no safe space in this book!"

"Eddie Scarry holds up the mirror to the 'woke' Left with a book that exposes the self-contradictions and delusions at the heart of intersectional insanity."