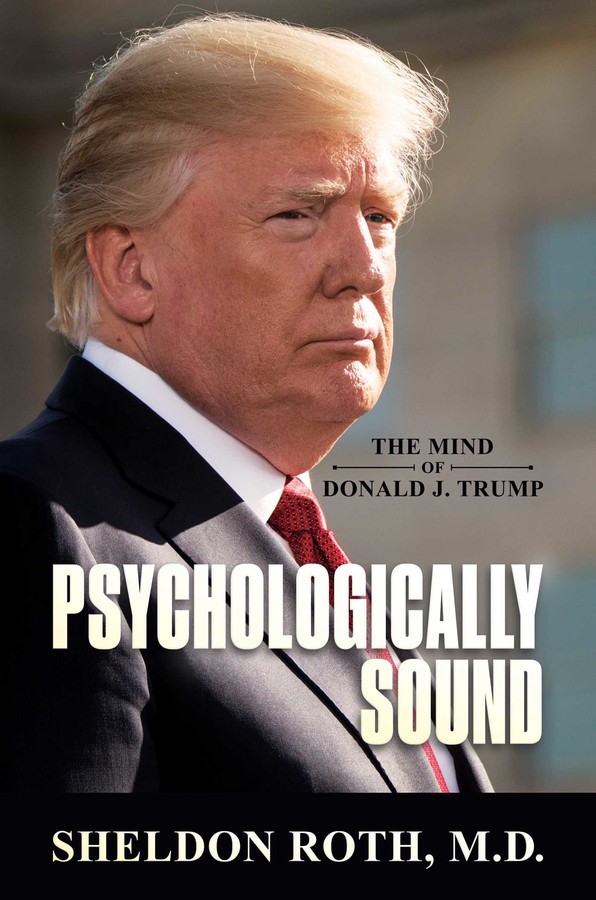 The Mind of Donald J. Trump

A highly-respected psychiatrist challenges the media narrative that President Trump is mentally unstable.

The media and his political foes frequently attack Donald Trump with claims that he is mentally unfit for the presidency. Increasingly, his critics label him "unstable," "crazy," or "insane." But these armchair diagnoses have more to do with a dislike of his policies than any real clinical analysis.

In Psychologically Sound, Sheldon Roth, M.D. draws on decades of psychiatric and academic experience to reveal President Trump in a holistic manner—an understandable, stable, even likeable person. What emerges is a complex portrait of a man who has been effective and successful in business and politics, but who also has regrets about failings in his personal life.

Drawing on little-known aspects of Trump’s background, such as his love for the film Citizen Kane as well as or his decades-long friendship with positive-thinking advocate the Reverend Norman Vincent Peale, Dr. Roth paints a portrait of a man who is remarkably complicated, often brilliant, comfortingly human, and most importantly, of completely sound mind.

“As we try to understand President Trump as a human being and his motivations, Dr. Roth, in this beautifully written psychobiography, presents an alternative view to the pathological diagnoses ascribed to him by many mental health professionals. Reaching below the surface of the words and actions of this ‘chaos’ President, Dr. Roth comes up with a different ‘persona’ that humanizes the man. Psychologically Sound will elicit much controversy and discussion in our politically supercharged environment.”

“Psychologically Sound: The Mind of Donald J. Trump is a remarkable work. It is the first description of Donald Trump that really conveys the totality and depth dimensions of the nature of the man. It is warm, empathic, and respectful not only to the President, but also to the reader. Roth is able to convey the President as a gifted, driven, complicated, and in some ways flawed person, but more importantly, a real human being. It is also well written, clear, and free of political bias. This is a must read for those who really want a more balanced picture and a deeper understanding of what drives our President.”

“Dr. Roth has beautifully applied the tools of modern psychology to provide the first in depth and balanced understanding of the astonishing and fascinating Donald J. Trump. Supporters and detractors alike will learn the full human story of a man who, for all his tweets, has been a baffling puzzle to many and deeply understood by few.”

“The general public today flaunts more words like psychotic and deranged than most practicing psychiatrists. Dr. Sheldon Roth has profound knowledgeof mental illness and its various permutations. Furthermore, he can diagnose sanity and apply its manifestation to our maligned and misunderstood President. Donald J. Trump’s tweets may be offensive and feisty, but Trump is a clear and original thinker and he fights back like a pugilist whose aim is strategic. As Psychologically Sound details, Trump’s style may not be elegant, but Dr. Roth convincingly demonstrates that he is absolutely normal and at the top of his game.”

The Mind of Donald J. Trump