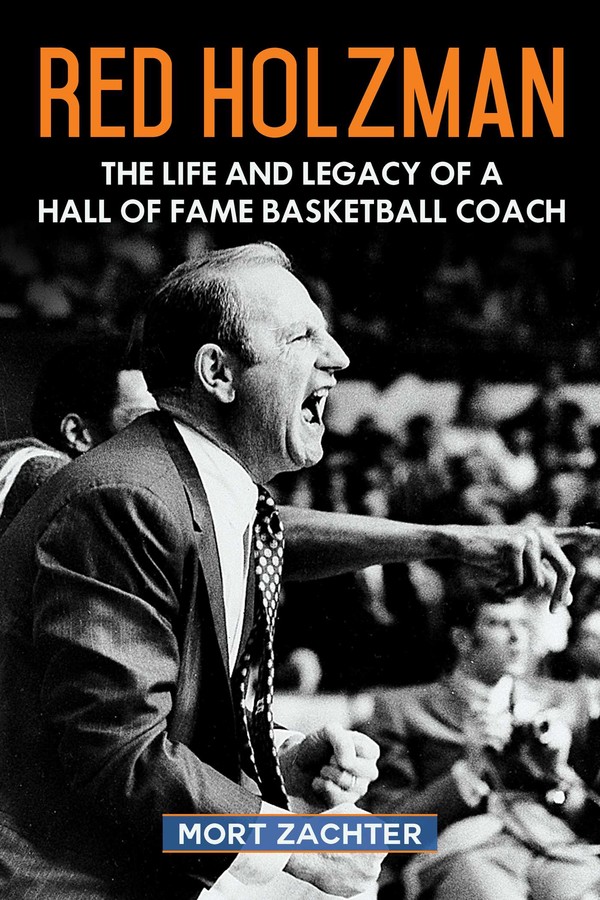 The Life and Legacy of a Hall of Fame Basketball Coach

The Definitive Biography of a Coaching Legend

Hanging high atop the world’s most famous arena, Madison Square Garden, is the name “Holzman” and the number “613.” That is the total number of wins by former New York Knicks head coach Red Holzman, which is the most in franchise history. While he spent six years as a player and another six as an executive, he’s most famous for his time at the helm of the Knickerbockers, where he led the team to their only two championships: the first in 1969–70 and the second in 1972–73. He coached the team for fourteen seasons during his illustrious career, was named one of the top ten coaches in NBA history, and was elected to the Basketball Hall of Fame in 1986. Former MSG president Dave Checketts once said, “Red was the finest human being I’ve ever known.”

But not much is known about the soft-spoken and private Holzman, as he was the type of person to downplay his own accomplishments.

In Red Holzman: The Life and Legacy of a Hall of Fame Basketball Coach, author Mort Zachter has taken on the challenge of sharing this coach’s incredible story. From humble beginnings as the son of immigrant parents growing up in Brooklyn, Holzman paved a path of excellence at every level. From his time in the Navy to breaking into the NBA and his rise through the coaching channels, author Zachter leaves no stone unturned.

With interviews with those who played with, against, and for Red, including Bill Bradley, Phil Jackson, Bob Cousy, and Walt "Clyde" Frazier to name a few, the life of a basketball pioneer—one that has since been held quiet—is shared for the first time.

“Mort Zachter’s Red Holzman reads like a labor of love, using a lot of screen/roll writing to bring to life a man that led the Knicks to their two championship titles. There’s a lot to it, as there was a lot to Red Holzman. Zachter gives the reader a glimpse of a man that would ask you to meet him in his office—the toilet stall—for a brief conference. Always done out of sight and off key. It was something he wanted you to know, about your demeanor or public statement, on the QT. Typical Red; always working, but not making it obvious. He was like a duck in water, and Mort captures a lot of what made Red Holzman great.”
—Phil Jackson, Hall of Fame basketball coach

“Before Mort Zachter's Red Holzman, most of what I knew about the legendary coach came from Phil Jackson, with whom I rarely had a conversation without him working tales about his beloved mentor. This biography afforded me the opportunity to dig in deeper into Holzman but also on many of the largely forgotten individuals who forged the early history of this game. The Knicks might not be doing so well, but their revered two-titled coach gets his due from Zachter.”
—Jack McCallum, author of the best-selling Dream Team, Seven Seconds or Less, and Golden Days

“In Red Holzman, Mort Zachter has written an affectionate and insightful biography of one of the truly great men in the history of basketball. He intimately captures the life and times of the coach I knew, the source I often relied on, and the friend I had for over 30 years. It deserves a wide readership.
—Ira Berkow, Pulitzer Prize–winning columnist and author of To the Hoop: The Seasons of a Basketball Life.

“Zachter offers a comprehensive, if workmanlike, look at the life of New York Knicks coach Red Holzman (1920–1998), who guided the team to its only two NBA championships….NBA fans curious about the league in its earlier decades are most likely to find this solid biography of interest.” —Publishers Weekly

“Mort Zachter brought back to me a memorable picture of Red Holzman as I knew him. Red was a loyal man who possessed an incredible sense of humor; and an inordinate amount of humility who loved his privacy, family, friends, and players. Any success or accolades he received were channeled to his associates and his players. At the end of the day, Red just wanted to do his job and go home to Selma.”
—Bill Raftery, award-winning basketball analyst

"In these pages you understand how Hodges defined what it meant to be a role model in the golden age."
—Tom Verducci, New York Times bestselling author, Sports Illustrated senior baseball writer, and MLB Network analyst

"The definitive and wonderfully told tale of a baseball icon."
—Michael Shapiro, author of The Last Good Season: Brooklyn, the Dodgers and Their Final Pennant Race Together

The Life and Legacy of a Hall of Fame Basketball Coach